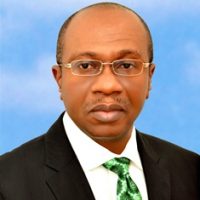 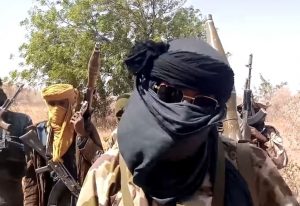 The Central Bank of Nigeria (CBN) Governor, Godwin Emefiele, has urged bandits and those living in the bushes to drop their arms and embrace the apex bank’s Anchor Borrowers’ Programme.

He made this remark when responding to questions at the Monetary Policy Committee Meeting held on Tuesday, May 25th 2021.

In perhaps an off the cuff remark, in addressing the role of insecurity in driving economic growth, Godwin Emefiele explained that while the apex bank was doing all it could to stimulate growth, insecurity remained a challenge, and thus chided bandits to drop arms and partake in the government’s agriculture transformation programs such as the ancho borrowers.

This suggests this is part of the CBN’s effort in assisting governments at different levels to tackle the rising insecurity across the country.

Emefiele said that the committee noted with great concern the implications of the current high rate of insecurity on agriculture, food prices, and the economy as a whole, calling on the Federal Government to quickly sort out the security challenges around the country in order to successfully tackle inflation.

At the end of the meeting the central bank monetary policy committee members voted to keep all rates the same.

What is Anchor Borrowers Fund (APB)

According to the CBN, APB which was launched by President Muhammadu Buhari (GCFR) on November 17, 2015, is “intended to create a linkage between anchor companies involved in the processing and smallholder farmers (SHFs) of the required key agricultural commodities. The programme thrust of the ABP is provision of farm inputs in kind and cash (for farm labour) to small holder farmers to boost production of these commodities, stabilize inputs supply to agro processors and address the country’s negative balance of payments on food. At harvest, the SHF supplies his/her produce to the Agro-processor (Anchor) who pays the cash equivalent to the farmer’s account.”

Recently, the CBN reported that 2,923,937 farmers have benefitted from the Programme. In addition, 3,647,643 hectares have been cultivated by farmers under the Programme while 21 commodity sectors benefited from the program.

Emefiele believes insecurity has been a major challenge in attaining the sort of growth expected from the trillions in stimulus already injected into the economy.