One Year Scorecard for NALDA 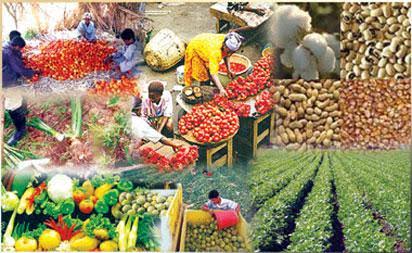 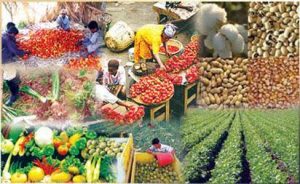 One Year Scorecard for NALDA

National Agricultural Land Development Authority(NALDA) said it would establish Integrated Farms in all 109 Senatorial Districts in Nigeria, as part of measures to boost agricultural productivity, guarantee food security and job creation at the grassroots in Nigeria.

The Executive Secretary/Chief Executive Officer of NALDA, Prince Paul Ikonne,revealed this in Abuja at a media briefing.

It would be recalled that President Muhammadu Buhari had last year, precisely on the1st of June, 2020, resuscitated NALDA and domiciled it under his supervision as contained in the Act that establishes the Authority.

The Authority is saddled with the mandate of “harnessing the full potentials of the vast arable lands in Nigeria, empowering small holder and large scale farmers through mechanisation, support the drive for food and fiber security while assisting in diversifying the nation’s economy, improving household incomes and enhancing revenue mobilisation and generation nationwide.”

Speaking about his activities over the past one year, Ikonne explained that the Authority had already reached out to the leadership of the Senate for Senators to facilitate land donation from the State governments.

He said the programme is under the National Young Farmers Scheme(NYFS), adding that each integrated farm is expected to engage at least 1,500 young farmers.

He revealed that the project had already begun in Ogun, Anambra, Ekiti and Ebonyi States with land clearing ongoing while in Katsina and Borno States, the project has already reached 80% and 30% completion, respectively.

“You will agree with me that by the time we realise the NALDA integrated farm estates in 109 senatorial districts in the country, we will not only achieve food security, but will reduce unemployment drastically,” he said.

In line with the mandate of NALDA, Ikonne disclosed that the Authority had so far recovered abandoned Federal Government’s farm estates in 21 States.

To quote him, “After Mr. President’s directive on recovery of NALDA abandoned farm estates across the country, we embarked on this vigorously and as of today, we have identified and recovered NALDA farm estates in the following States; Gombe, Borno, Adamawa, Taraba, Niger, Kebbi, Oyo, Imo, Katsina, Lagos, Ekiti, Delta, Bauchi, Yobe, Kaduna, Benue, Kogi, Osun, Anambra, Akwa Ibom and Abia States.

“We have started reactivating them in phases.

“NALDA is in partnership with some State governments to reactivate abandoned State-owned farm estates.

READ ALSO: How Orange Fleshed Potato can Serve as Feed for Cattle

“In Imo, we have started the reconstruction and reactivation of the abandoned Acharaugo Farm Estate, which comprises 20 poultry pens, goat pens, crop farming areas and feed mill and is expected to be completed by August.

“While in Ebonyi State, we are in the process of reactivating the hatchery farm in Abakiliki.”

“In Borno, we have started construction of the fish villages in 10 locations out of the 50 locations provided by the Borno State Government to engage 2,200 women.

“While in Abia, the fish village in one location is 40% completed,” he explained.

He noted that farmers were trained on dry season farming, adding that bumper harvest was expected in few weeks from now.

According to him, “NALDA provided all the things farmers required for dry season farming ranging from tractors, boreholes, pumping machines, planters and transplanters, fertilizer and seeds.”

Speaking further on the National Young Farmers’ Scheme (NYFS), which was launched by Mr. President in November 2020, he said, the Authority introduced the training and empowerment of young graduates through the initiative of Soil Doctors and Extension Service Providers.

He reiterated that NALDA was going to train and empower 30,000 soil doctors, noting that the programme had since commenced and over 500 soil doctors have been trained in Borno and Jigawa States.

“The essence of this is to equip young graduates with agriculture or science backgrounds with the knowledge of extension services, which include soil testing and analysis.

“They are given soil-testing kits in order for them to earn a living while ensuring our farmers are being equipped with best agricultural practices for greater output.

“This programme is in partnership with the State Governments,”he said.