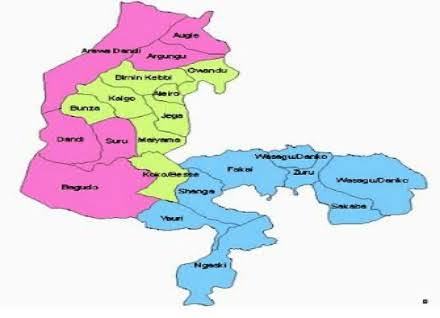 The House of Representatives has opposed the census conducted by the Federal government of farmers from Kebbi State, insisting on a figure of about 1 million.

The lawmakers kicked against the figures of the Ministry of Agriculture through a motion entitled: “Victimization of the People of Kebbi State in the On-Going Nationwide Registration of Farmers”, sponsored Rep. Shehu Koko(Kebbi-APC).

The sponsor of the motion, Rep. Koko, at a press briefing also insisted on a near one million figure of farmers in the agrarian state.

In raising his motion earlier, Koko noted that “ the on-going registration of farmers in Nigeria for the purpose of fertilizer subsidy for the 2021 farming season”.

He also noted that “the Government and people of Kebbi State are not informed either by way of official communication, advertisement or jingle of the registration exercise of farmers in Nigeria”.

He further noted that “the Federal Ministry of Agriculture and Natural Resources had engaged private enumerators for the exercise who also does not inform the Government and people of Kebbi State;

Alarmed at the concocted figure of ninety-five thousand which was said to be the registered farmers in Kebbi State;

Aware that Kebbi State is predominantly a farming State and therefore over 90% of its population are farmers”.

He told the House that he was “aware that the exercise claimed to have been carried out in Kebbi State did not reflect the true position of farmers in the State, and this have placed Kebbi State at a disadvantage position”.

He complained “that the singular act of the Ministry of Agriculture and Natural Resources suggest unfairness on the Government and people of Kebbi State”.

He said he “Believes that it will be just and equitable in the present circumstances to give the people of Kebbi State fair treatment and be registered so as to allow them key in to the fertilizer subsidy programme of the Federal Government”.

The House in adopting his motion, urged “the Federal Ministry of Agriculture and Natural Resources to send the enumerators to Kebbi State for the purpose of registering the people of Kebbi State”.