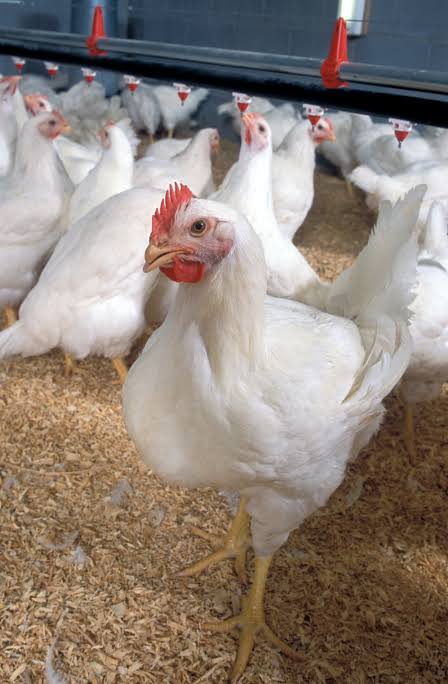 1. For older birds, body weight is still the major factor influencing egg size, and so it is difficult to control egg size if birds are overweight.

2. The best way to control late cycle egg size is through manipulation of body weight at time of initial light stimulation.

3. Prolapse can sometimes be made worse by feeding high protein/amino acid diets to small weight pullets in an attempt to increase early egg size.

4. Poultry manure is a valuble source of nitrogen, phosphorus and potassium for crop production.

5. The composition of manure is directly influenced by layer feed composition

6. higher levels of nitrogen in feed are expected to result in more nitrogen in the manure.

7. One approach to reducing the problem of manure nutrient loading on farmland, is to reduce the concentration of these nutrients by altering feed formulation.

8. As a generalization, about 25% of feed nitrogen and 75% of feed phosphorus ends up in the manure.

9. layers will produce about as much manure (on a wet basis) as the feed eaten over a given period of time.

10. The actual weight of manure is obviously greatly influenced by moisture loss both in the layer house and during storage.

12. As a generalization, maintenance energy requirement increases by about 3% for each 1˚C decline in environmental temperature below 30˚C.

13. If maintenance represents 60% of total energy needs, then feed intake is expected to change by about 2% for each 1˚C change in temperature.

14. Under commercial conditions stocking density is going to be one of the major variables affect-ing growth and feed intake

15. With a higher stocking density, birds eat less feed, presumably due to greater competition at the fixed number of feeders.

16. It is generally assumed that broilers hatched from larger eggs will grow more quickly than those hatched from small eggs.

17. As broiler breeders get older, they produce larger eggs and so broiler growth is often correlated with breeder age.

18. Larger eggs usually have larger yolks, and it is often suggested that yolk size is the factor influencing growth

19. While growth rate is of prime economic importance, uniformity of growth is becoming of increasing concern.

20. With mechanized feeding systems, small birds have difficulty reaching feed and water as they are raised to best suit the flock mean growth rate.

21. The current lack of uniformity in broilers seem to start as early as the first week of age

22. Even in well-managed flocks, there is skewed distribution of body weight, with a preponderance of smaller chicks