Get to know about Bird Flu Symptoms In Chickens, Humans And Prevention 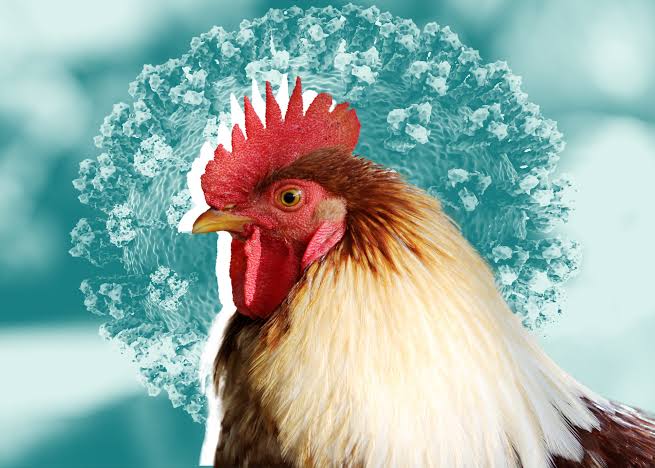 What you should know about the National Agribusiness stakeholders...
Read more
DR DEJI-FOLUTILE’S BLOG

5 reasons Why you are not making money in...
Read more
FARMERS WORLD

Get to know about Bird Flu Symptoms In Chickens, Humans And Prevention

Bird flu is one of the most feared viral diseases that have challenged the poultry industry, hence the importance of knowing bird flu symptoms in chickens. Not only does it take only between 2 to 7 days to propagate itself within a flock, it can also wipe out a whole farm before you can call a vet.

Avian influenza or bird flu is a disease that occurs in birds when they are hit by the Type A viruses. These Type A viruses are commonly found in waterfowls and other wild birds. Bird Flu brings a huge concern when we consider the possibility of domestic birds being infected with the virus. Chickens, ducks, turkeys, and even psittacine birds like parrots have been found susceptible to this disease. While wild birds can become carriers of bird flu without being sick, its impact on domestic birds is often fatal.

Like Newcastle that has three main strains, bird flu also has two classes. The low pathogenic avian influenza (LPAI) and the high pathogenic avian influenza (HPAI) viruses. According to the name, birds often survive the LPAI with a drop in egg production and ruffled feathers. However, the pathogenicity of the HPAI makes it hard for chickens to survive. Usually, birds infected with HPAI can drop dead without a sign, and it can happen within a week. The history of bird flu informs us that HPAI and LPAI can take over a whole flock quickly.

One would have said that the LPAI is better and easily managed but it is important to understand that LPAI can evolve to become HPAI.

So, while wild birds are generally classified as the carriers and hosts of the bird flu, domestic birds like chickens also get infected. You may ask, “what symptoms will I see to know that my chickens are infected with bird flu?” Here are some of those symptoms to watch out for if you birds are showing some strange signs.

✔️Inflamed eyelids, head, wattles, comb, and hocks
✔️Wattle, combs and legs may turn purplish
✔️Chickens may start to die without showing any signs
✔️Infected chickens lack coordination
✔️Other signs may be followed by diarrhea
✔️Chickens lose energy and will not eat
✔️Visible nasal discharge
✔️Significant drop in egg production
✔️Eggs are laid with soft shell. They can also come misshaped
✔️Sneezing and coughing

Being aware of bird flu symptoms in chickens is not just all that the farmer needs to know. It is important to also report any suspected or confirmed cases to relevant animal health authorities within your region.

People often ask if bird flu can the transferred from animals to humans. The answer is YES! The only reason why it is not very common is that not all strains of the virus affects humans. In fact, it is equally lethal in humans and here are some of the symptoms to what out for:

How to Prevent Bird Flu in Chickens

Now that we have discussed some of the bird flu symptoms in chickens, we should talk about prevention. The first line of defense is biosecurity. If you must prevent your chickens from the Avian influenza, then you will have to avoid wild birds on your farm. It has been said that wild birds are the primary hosts of this disease, so you will have to prevent their entry.

Now, do you just write a sign that read “Wild birds, don’t come in here”? No! You need to prevent their access into your pen by sealing up the entire house. You will have to use a wire mesh to seal up the upper part as this is where they normally pass.

Every other measure to prevent bird flu is also edged on biosecurity. You need to be careful with who and what comes into your farm at all time. Since it is better to not have this disease on your farm at all, strict adherence to biosecurity is a must.

For enquiries and details, call World Farmers Centre Admin on 08035219966 or WhatsApp us @+2348173030321.
Previous articleHow to use Kenocox
Next article8 Vital Keys For High Productivity In Any Farming Business

What you should know about the National Agribusiness stakeholders and investors...

5 reasons Why you are not making money in your farming...

How to participate in Ecowas-Aviana Visual Intl Expo 2021