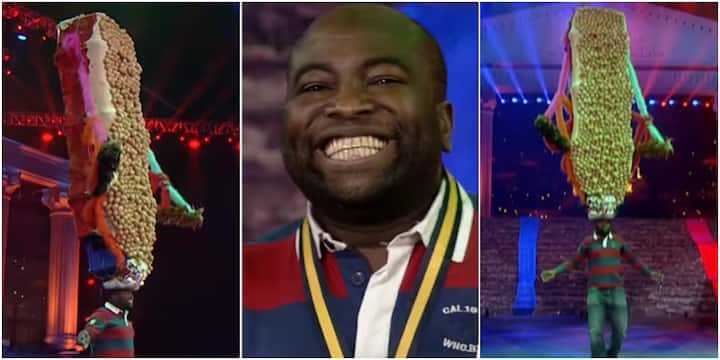 Apart from impressing GWR with his skill, Gregory also wowed many social media users, some of whom described the man’s skill as “eggcellent”

A man from the Republic of Benin identified as Gregory Da Silva has been recognised by Guinness World Records (GWR) for carrying 735 eggs on a single hat In a video that was shared on Instagram by @guinnessworldrecords, the man could be seen on a stage balancing the hundreds of eggs on his hat.