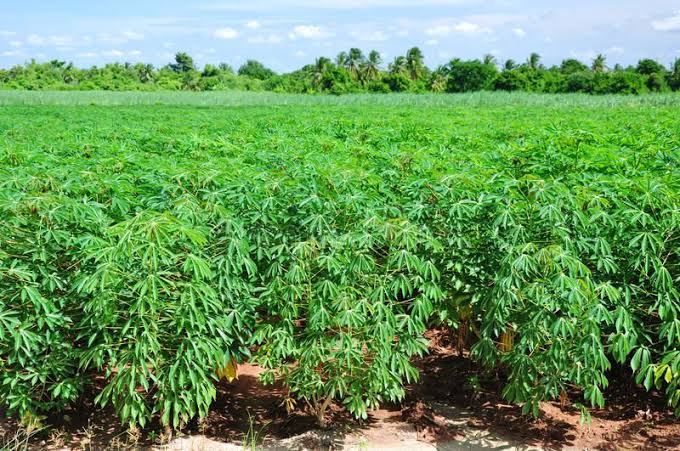 The federal government has stated that when fully harnessed, Nigeria has the capacity to generate as much as $18 billion from the export of its estimated 45 million metric tonnes cassava products every year.

The Minister of Industries, Trade and Investment, Mr Niyi Adebayo, who made the disclosure when he received the Chief Executive Officer of BKG Exhibitions, Mr. Ifeanyichukwu Agwu, weekend noted that the country had not fully taken advantage of the much-sought-after commodity.

The minister lamented that though a world leader in cassava production, Nigeria is currently not an active player in the cassava trade in the international market, explaining that with the right collaborations, the situation would improve markedly.

He said: “Cassava and oil palm are strategic commodities in our quest for growth and development of the non-oil sector of our economy. Available statistics point to the fact that Nigeria is a leading producer of cassava with a production capacity of 45 million metric tonnes per annum, estimated at about $18 billion.

The minister also recalled that Nigeria had maintained a leading position in the global production of palm produce between 1950 to 1960 and controlled well over 45 per cent of the global market.

However, he lamented that at present, the country ranks 26th in global production, stressing that: ‘’This is a clear indication that the fortunes of both commodities are declining drastically.’’

Speaking on the agricultural hybrid expo scheduled to hold from November 2-5, 2021 at the Nicon Luxury Hotel, Abuja, Adebayo stated that the programme would further showcase the enormous potential in the sector to the rest of the world.

He added that the partnership with BKG Exhibitions Limited to organise the conference tagged PAC Africa Expo & Conference, will unlock the huge revenue in the area for sustainable economic growth.

According to the minister, aside BKG Exhibition and his ministry, the Federal Ministry of Agriculture, the Raw Materials, Research and Development Council (RMRDC) and other related agencies of government will be actively involved in the upcoming programme.

Adebayo reiterated that the conference will bring together experts from diverse fields in the oil palm, cassava, agricultural technology and allied industries to discuss, educate, review and make informed inputs on current trends on global best practices and technology in the sector.

READ ALSO: How to apply rabbits urine as fertilizer

Earlier in his address, Agwu told the minister that over 300 local companies had been invited for the expo, adding that the committee was in talks with the Nigeria Immigration Service (NIS) to facilitate easy entry to Nigeria for the many international organisations that would be coming from Indonesia, Thailand, Brazil, Ghana and other countries.

Agwu called on the minister to bring on board state governments to ensure easy acquisition of lands for the investors who may be willing to invest in Nigeria’s cassava and oil palm sub-sector.

“We seek the ministry’s support in the area of speaking to the governors with a view to making lands easily available for agricultural investment. Our findings show that 24 states in Nigeria grow palm and our intention is to harness this for greater economic sustainability. Oil palm is said to be more costly in the international market than even crude oil,” he said.

WATCH THIS: Things Farmers are getting wrong today

Previous articleAPPLY: How to obtain UK short-term visa for poultry workers, truck drivers
Next articleSee more comprehensive details on how to participate in NIGERIA POULTRY SHOW 2021