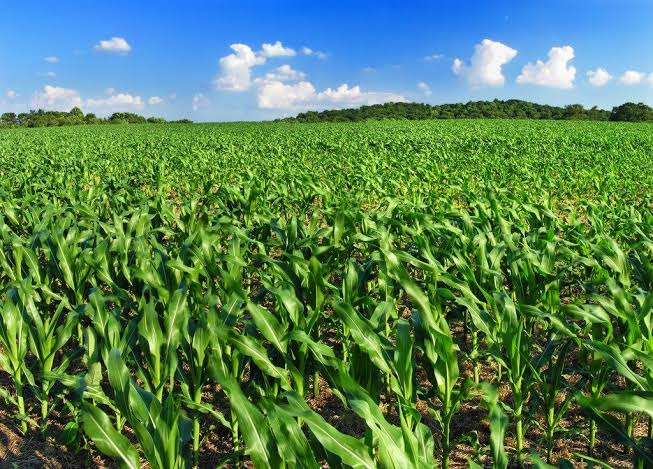 The outcome of the 2021 Nigerian farming season has indicated mixed fortunes for farmers in North–West states as some recorded bumper harvest, while others counted losses, a survey by the News Agency of Nigeria (NAN) has shown.

The survey, which covered Kaduna, Kano, Zamfara, Sokoto, Kebbi, and Katsina states, showed that whereas the rainfall was stable in some areas, it had either ceased earlier than expected or resulted in flooding in other areas.

In Kaduna, the Chairman of the All Farmers Association of Nigeria (AFAN) in the state, Malam Salisu Muhammad, said most farmers in the state were hopeful of recording a good harvest in 2021.

Muhammad told NAN that the crops that produced well were maize, sorghum, and beans, whereas rice yield was negatively affected by inadequate rainfall.

“Apart from delayed commencement, the rain was irregular, as such the anticipated yield was not realised,” Aliyu said.

Mainu noted during a virtual symposium to commemorate the 2021 World Food Day, that crops affected were rice, maize, beans, sorghum, and cowpea.

He listed some of the states affected to include Katsina, Zamfara, Sokoto, Kano, and Jigawa.

Mainu further said that conflicts between farmers and herdsmen, as well as the activities of bandits, affected the production of crops, and triggered a hike in prices of foodstuffs.

Alhaji Abubakar Usman-Adam, Chief Executive Officer of Silvex International, an agribusiness firm in Kano, advised farmers to engage in dry season farming, with a view to bridging the food deficit created by low rainfall during the season.

Usman-Adam said that on their part, the company had initiated “Climate-Smart Farm Estates” to bridge the gap in production.

According to him, the estates will be established in collaboration with Jigawa and Nasarawa state governments.

Usman-Adam said for the project, they intended to engage people from host communities with a view to reducing unemployment.

“They will be trained on the skills, given stipends and at the end of the day, share certain profit with them.

“We want to create a new generation of farmers, because, many believe that farming is not a business venture,” he said.

Usman-Adam said that, after the training, beneficiaries would go back to their communities and practise what they learnt.

Meanwhile, some farmers interviewed in Kano State over the 2021 inadequate rainfall, said the development had affected the production of crops.

One of the farmers, Malam Yahuza Alhaji, said most of their crops dried up for lack of enough rainfall, adding that the rain “came late,” was not “regular”, and did not “last long”.

A female farmer in Kano, Mrs Uwani Abdu, said grains that needed much water suffered most, while crops that did not require much water, did fairly well in their area.

“Grains like rice, millet, sorghum, and wheat have not actually done well, but maize and groundnut have done well in our farms.

“The main fear is that many farmers have sold their crops to dealers long before harvest, in anticipation of bumper harvest,” Abdu said.

She expressed fear that many farmers might encounter a scarcity of food since they had sold out their grains.

Prof. Murtala Badamasi of the Centre for Dryland Agriculture, Bayero University, Kano, expressed the need for farmers to commence irrigation farming to mitigate the effect of the anticipated poor harvest.

An integrated farmer in Katsina State, Alhaji Abba Muhammad, said inadequate rainfall recorded this year in the state, had dashed the hope of farmers for a bumper harvest.

Muhammad told NAN that the rainfall did not last long, pointing out that the situation had affected production.

“Here in Katsina, the rain ceased three months ago, and for sure, crops were affected; farmers in Katsina will hardly record bumper harvest this year,” he said.

“Most of the crops this year did not give us good yield as a result of the inadequate rainfall,” Suleiman said.

“Many of our farmers now smile to different banks, either to lodge or withdraw money, following this year’s bumper harvest.

“We had also experienced some challenges and difficulties at the beginning of the season due to flooding, but we later bounced back,” Augie said.

A middleman in Birnin – Kebbi Central Market, Alhaji Abubakar Sadeek, said prices of food items had gone down in the state due to good harvest in some parts of the country.

Also, in Sokoto State, farmers interviewed said they had recorded good harvests due to stable rainfall.

They said the abundance of food crops had led to stability in prices, explaining that further price crash was being anticipated as harvesting progressed.

However, Alhaji Ibrahim Salihu, Chairman of RIFAN, Sokoto State, said there were challenges in the state and other neighboring states, which affected rice yields.

“A major factor is the security situation that continues to affect the productivity of a greater number of farmers, who had been forced to abandon their farmlands,” Salihu said.

Meanwhile, a lecturer at the Zamfara College of Agriculture and Animal Sciences, Lamido Buhari, said irregular rainfall had affected output in the state during the present farming season.

Buhari told NAN that apart from the irregular rainfall patterns, insecurity equally had a negative effect on farming activities.

He explained that crops like rice, maize, and other crops that relied on heavy and continuous rainfall for a period of time, were affected, and would not be available in abundance during the harvest period.