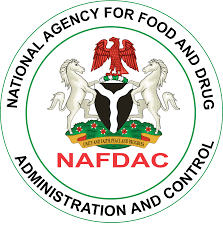 The Senate Public Accounts Committee, on Thursday, raised a serious objection to the productivity allowance being paid to staff of the National Agency for Food, Drug Administration and Control amounting to N324m without any approval from the National Salaries, Income and Wages Commission.

The SPAC at its sitting presided over by the acting Chairman of the committee, Senator Suleiman Hadeija, hinged its objection to the alleged illegal increment of NAFDAC staff allowance in the 2016 report of the Auditor-General for the Federation.

The productivity allowance was paid with a voucher dated April 13, 2015 without approval from the National Salaries, Income and Wages Commission, which is the legitimate body to approve such an allowance.

The Director-General of NAFDAC, Prof Mojisola Adeyeye, admitted that the approval had not been granted by the NSIWC, but that work was still ongoing on the approval.

She said the productivity allowance predated her.

“The continuation of it is what I met; we are waiting for the salaries and wages commission to regularise it; our staff members are poorly paid and I have said it at different forums,” the DG stated.

Hadeija, therefore, stepped down the query till when NAFDAC would obtain approval for the increment from the National Salaries, Income and Wages Commission.

However, the authority from the National Salaries, Income and Wages Commission, which gave legitimacy to the payment of this allowance as was the case with NAFDAC’s salaries and other allowances, was not seen.

“Consequently, the director-general was requested to produce evidence of the NSIWC approval for payment of productivity allowance as part of the remuneration package of the agency, failing which full recovery should be effected from the salaries of the beneficiaries.

“The director-general’s explanation of obtaining the approval of the NAFDAC Council or honourable Minister of Health is not tenable, because the appropriate authority in such matters is the Salaries, Incomes and Wages Commission.

“The director-general should produce the approval of the commission or recover the payments from the beneficiaries as initially requested.”