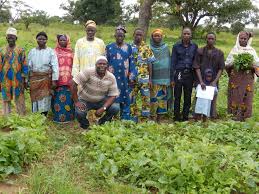 President Muhammadu Buhari on Tuesday said the Anchor Borrowers Programme (ABP) launched six years ago has supported over 4.8 million smallholder farmers across Nigeria to boost production of 23 agricultural commodities in the country.

Mr Buhari made this remark while unveiling stacked paddy rice pyramids produced by rice farmers under the ABP initiative across the country in Abuja.

He said the rise in the country’s rice production in the last six years under his watch could be attributed to the effectiveness of the ABP initiative.

“The Anchor Borrowers Programme has so far supported over 4.8 million smallholder farmers across Nigeria for the production of 23 agricultural commodities, including maize, rice, oil palm, cocoa, cotton, cassava, tomato, and livestock. Today, rice production in Nigeria has increased to over 7.5 million metric tonnes annually,” Mr Buhari said in his remarks.

While Nigeria has recorded increased rice production in recent years, the improvement has been numbed by the high price of the commodity. Many Nigerians have questioned why rice grown and processed in the country cost as much as — and in some cases more than — foreign products shipped in from mostly Asia.

According to the guidelines of the programme, upon harvest, the farmer repays their loans by taking their harvest to ‘anchors’ who pay the cash equivalent to the farmer’s account.

Before the initiation of the ABP programme, the president said Nigeria’s average rice production between 1999 and 2015 was less than four metric tonnes annually.

What data says
Data corroborates Mr Buhari’s claims. Between 1999 and 2015, yearly milled rice production in Nigeria averaged 2.4 million metric tonnes. But following the introduction of the ABP initiative, production rose from 3.9 mmt in 2015 to 4.5 mmt (15 per cent increase) in 2016, data published by the United States Department of Agriculture (USDA) showed.

With this, Nigeria is currently ranked 14th highest rice producer in the global pecking order and the highest producer of the commodity in Africa.

“More production, skyward price”
However, while it is evident that Nigeria’s rice production has increased significantly following the launch of the ABP policy under the Buhari-led administration than under any other administration since 1999, price of rice, a major staple among Nigerians, among other staple foods has seen astronomical increase in the last six years than in any other years in the history of the country.

The prices of major legumes(beans, groundnut, soy beans) and cereals( rice, maize, sorghum, and millet) in Nigeria rose at an average of about 98.85 and 99.9 per cents respectively in the last one year, a PREMIUM TIMES market survey showed.

ALSO READ: Anchor Borrowers Programme: Over 3.1 million farmers financed – CBN
In the last one year, the prices of grains such as rice, maize, sorghum, and millet have risen by over 44.4 and 117 per cents respectively.

Mr Buhari said the bags of paddy rice unveiled would be distributed to rice milling plants across Nigeria, which shall lead to increased supply of rice to the markets by the rice millers.

“The measure will aid our efforts at reducing the price of rice in Nigeria,” he added.

The president said before his administration launched the ABP initiative, there were only 15 standard rice mills in Nigeria.

“As of today, we have over 50 standard and integrated rice mills, creating jobs and reducing unemployment. We expect additional significant output when two new Mills are cited in Lagos and Katsina states,” he said

Asked if the pyramids unveiled by the president would have any significant impact on the current price of rice in the market, Retson Tedheke, Nigeria Farmers Group and Cooperative Society (NFGCS) farm manager, said it will not.

“We have gone beyond the rhetoric of Agriculture, we must get to the realities of Agriculture or we are wasting our time,” the farmer said.

Mr Tedheke queried that what is the need of setting pyramids in Abuja when these pyramids can be set up in local governments where these rice are produced?

He said the challenge of the Nigerian farmers is actually not the inability to produce because they are always producing, but that tt is the fact that whatever they produce is not commensurate with the effort they put in.

“Setting up pyramids is not a bad thing, but are you aware that the price of rice is still cruising around N25000-35,000 per 50kg bag? If your policies are working, why is inflation still driving the prices of these goods? It is simply because the right thing has not been done,” he lamented.

He said no government has spent as much as Buhari’s government on agriculture, and that at the end of the day, one cannot say that the impact of the money is being felt.

However, Abdullahi Zuru, managing director, Labana rice mill , said the unveiling of the rice pyramids will have an impact on the prices of rice in the market if only they are sold to Millers at considerably reduced prices as against what they are buying from merchants in the market.

He said despite the previous pyramids launched in other states like Kebbi, Ekiti among others last year was not enough and that it only complemented what they were buying that is why prices of rice did not reduce.

“Price reduction might not be significant. Moreover, most of this increase is not from the Millers, it is from the distributors and the dealers. Millers sell at N22,000-N23, 000 per 50kg bag,” he said.

He said the main challenges bedevilling the Nigerian rice value chain still remains the persistent smuggling of foreign rice into the country.

“The smuggling of foreign rice has not reduced. Another challenge is lack of good power supply,” he said.