70 out of 181: How House of Representatives violates Nigerian Constitution 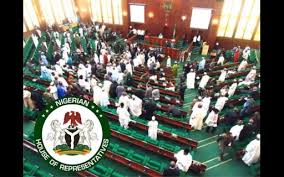 Amazing! You Can Rear These Poultry Birds Within a...
Read more
FARMING SPECIAL

How to Stop Chickens From Picking On Each Other

How to Stop Chickens From Picking On Each Other Interested...
Read more

70 out of 181: How House of Representatives violates Nigerian Constitution

It was predicted at the first quarter of 2021 that the lawmakers may violate the Constitution by the end of December because they had only sat for 14 days then.

Erroneous interpretation of sitting days
The Senate also violated the law by sitting for only 66 days in 2021. Following the report, Ezrel Tabiowo, the Special Media Assistant to Senate President Ahmad Lawan, claimed that committee meetings are also “recorded as sitting days.”

But Jiti Ogunye, a constitutional lawyer, described the interpretation by Mr Tabiowo as wrong.

Furthermore, a careful review of the Constitution and the standing rules of the House also suggests Mr Tabiowo’s assertion is not supported by law.

Section 53 of the Constitution says:
1. “At any sitting of the National Assembly –

B) in the case of the House of Representatives, the Speaker of that House shall preside, and in his absence the Deputy Speaker shall preside

2. At any joint sitting of the Senate and House of Representatives –

A. the President of Senate shall preside, and in his absence the Speaker of the House of Representatives shall preside; and

B. in the absence of the persons mentioned in paragraph (a) of this subsection, the Deputy President of the Senate shall preside, and in his absence the Deputy Speaker of the House of Representatives shall preside.

Therefore, when Section 63 refers to sittings, it means either the sitting of the House or the Senate. Hence, there is no ambiguity in the word ‘sitting.’ Committees are presided over by a Chairman, and the Constitution only refers to Senate President, Speaker and their deputies while referring to who can preside over a sitting.

In addition, Order 5 of the House standing rules (Sittings of the House) elaborates the provision of the constitution on sitting by providing the process and procedure. There is no ambiguity as to what sitting means as this order clearly refers to plenary, not committee sittings.

To ensure there is no ambiguity, Order 17 rule six sub-rule 5 states that “all committee meetings can only commence after 3 p.m. on every legislative day, except as may be authorised by the House or the speaker.”

Mr Tabiowo, using his contentious interpretation of sittings, said the Senate in the first legislative year (June 2019 to 2020) sat for 154 days. Even that figure is still below the minimum of 181 days stipulated by the Constitution.

“Details provided by the Director, Senate Chambers, showed on the contrary that the upper chamber sat for 154 days in the first session between Tuesday, June 11, 2019 and June 10, 2020. The number of times it sat was affected around February, 2020, when the first COVID-19 case was announced in Nigeria,”

The spokesperson of the Senate, Ajibola Bashiru (APC, Osun) also invoked COVID-19 as the excuse, while also citing other activities.

“It suffices to say that the work of the National Assembly is not limited to plenary, we have committee assignments, we have oversight functions and we have constituency work.

“We had to adjust our calendar administratively to ensure that we comply with the COVID-19 demands.”

Kelechukwu Eni-Otu, a legal practitioner, faulted the position of the Senate on the issue. “The Constitution is not a buffet that lawmakers can pick based on convenience,” the lawyer told PREMIUM TIMES. He said the lawmakers should, instead, amend the Constitution if they are convinced that they cannot meet up with the provision of the Constitution.

Mr Ogunye further dismissed the COVID-19 excuse on the basis that the lawmakers continued to receive remunerations.

“It is not a valid argument. Did they suspend their allowances and money they were receiving during that period because of COVID? Why did they receive salaries? Meaning that you are being remunerated without working,” he said.
The lawyer cited the case of the judiciary, which initially shut down activities after the outbreak of the virus but later adopted certain COVID-19 measures to continue to function.

He added that the National Assembly chambers are big enough for social distancing to be adopted.

Apart from violating the law when it comes to sittings, the lawmakers have a history of disregarding their own rules. For instance, ‘Order 5 rule 2 sub 4’ states that the House shall sit at 10:00 a. m. and unless previously adjourned, shall sit till 6:00 p.m., provided that at 1:30 p.m., the Speaker may suspend sitting until 2:00 p.m.

Most times, the House in the 9th Assembly does not commence plenary until about 11:30 a.m., as against the 10 a.m. stated in the standing rules.

Also, committees of the House continue to sit at the same period as plenary time, despite the position of the law that committees should start by 3:00 p. m.

Abdul Mahmud, an activist, said it will be difficult for an ordinary citizen or civil society organisation (CSO) to pass the ‘locus standi’ test in our jurisprudence for any such pursuit. He said a ‘progressive’ lawmaker will be in the best position to institute such action.

“A member of the House, who is progressive and interested in standing on the side of the Constitution, has more than sufficient interest to appear before the court to ask for interpretation.

“Registered NGOs would still have to pass the locus test. What specific interest does he have that affects him more than any other citizen, any other organisation? It is a difficult test,” he said.

Mr Mahmud said he made an attempt to sue the House in 2021.

“I got a member of the House of Reps. Unfortunately, our disagreement was in respect of the consequential order we were going to ask for if the court holds that the House of Reps fell far too short of the 181 days that the Constitution provides. If the salaries earned are not genuine, the court can make an order for a refund. The order would have affected him,” he said.

But Mr Eni-Otu said a civil society group can sue the National Assembly and seek an ‘injunctive order’ against the House or even ask the court to mandate the lawmakers to pay back all emoluments received.
“In legal terms, it could be said that the legislative days are not in compliance with the constitution. Nothing will happen, except if an NGO that is registered for the purpose of supporting good governance and democracy decides to question or challenge their failure to do so in the court – for the court to make a declaration, maybe an injunctive release, against the federal lawmakers.

“A court can interpret the constitution in that regard. It will come with no punitive measure, except if they took salaries as if they had sat for the complete number of days constitutionally provided for.”

The lawyer also said other jurisprudence like India long ago reviewed the ‘locus standi’ rule to allow citizens to take legal action on public interest matters.

“I as a voter will want to know that the person I am electing into the national parliament to make laws for me also respects the law. Jurisdictions like India have long moved away from this narrow interpretation of the law.

“It is an important provision that the lawmakers must sit for 181 days.”

Mr Ogunye also disagreed with Mr Mahmud on locus standi. According to Mr Ogunye, locus standi has been liberalised over the years. He cited cases where courts have made pronouncements allowing citizens to institute cases on public interest.

“The issue of locus standi has been liberalised as in the case of Senator Adesanya and the President, that is in the Second Republic, where Senator (Abraham) Adesanya, who is late now, took the president to court. The interpretation was that he as a senator could represent his senatorial district for him to have the locus to sue the president. But the Supreme Court held differently.

“In the case of Fawehimi and Akilu, that issue of locus standi was further expanded. In that case, the issue was whether Chief Gani Fewehinmi, of blessed memory, could take up the issue of Dele Giwa, who was the late editor of NewsWatch magazines. Then the Supreme Court said yes, Dele Giwa was his client, and a fellow Nigerian.

“On that issue, the issue of who has locus standi, even the biblical injunction that we should be our brothers’ keeper. The issue of locus standi has been liberalised. It is not true that any civil society organisation or a Nigerian will be considered a busy body, if they were to go to court to seek the appropriate relief against the National Assembly,” he said.

Other violations of the Constitution by lawmakers
Other the years, the National Assembly has struggled to form a quorum at plenary or during committee sittings. The question of quorum has also been subjected to debates and interpretations.

Section 54 of the Constitution provides that “The quorum of the Senate or of the House of Representatives shall be one-third of all the members of the Legislative House concerned.”

This means for the House of Representatives to commence a plenary session, there must be 120 members on the floor of the House.

Oftentimes, this has not been the case. However, the argument has always been that once a quorum is formed on the attendance register (which they keep secret anyway), then they can proceed, even if there are fewer members than what the constitution stipulates.

However, such an argument is at variance with section 54(3) of the 1999 Constitution, which provides that: “If objection is taken by any member of the Senate or the House of Representatives present that there are present in the House of which he is a member (besides the person presiding) fewer than one-third of all the members of that House and that it is not competent for the House to transact business, and after such interval as may be prescribed in the rules of procedure of the House, the person presiding ascertains that the number of members present is still less than one-third of all the members of the House, he shall adjourn the House.”

The two chambers often hide behind the register to justify scanty attendance at plenary, by stating that as long as the register has the required quorum, the House/Senate can continue even if members on the floor are not up to the one-third required.

Despite the huge resources expended on the lawmakers, it has become a challenge to have 120 members on the floor of the House to conduct business. Often, the House sits without the required quorum and such violations are ignored by the lawmakers.

TOPIC: MAXIMUM ECONOMIC GAINS WITH USE OF PROBIOTICS IN BROILERS- Enviva PRO

Previous article
The story of a happy couple in dairy farming business
Next article
The nutritional benefits of chicken meat compared with other meats [Farmers should share this now!]