The nutritional benefits of chicken meat compared with other meats [Farmers should share this now!] 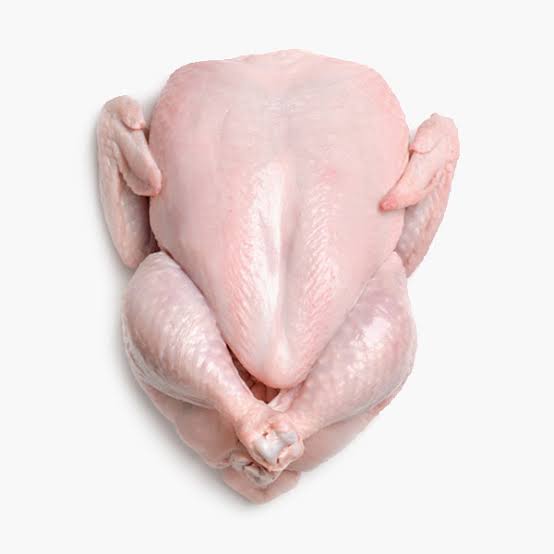 Amazing! You Can Rear These Poultry Birds Within a...
Read more

The nutritional benefits of chicken meat compared with other meats [Farmers should share this now!]

Chicken meat is a white meat, distinguished from other meats such as beef and lamb by its lower iron content (0.7 mg com-pared with 2 mg/100 g).
Chicken meat has several advantages over other meats The fat content of cooked chicken varies depending on whether it is cooked with the skin on or off, the portion of the bird, and the bird’s diet and breed. Breast meat contains less than 3 g fat/100 g. An average value for dark meat (skin off) is 5 to 7 g/100 g.

About half of the fat from chicken meat is made up of the desirable monounsaturated fats, and only one-third of the less healthy sat-urated fats. There are much higher proportions of saturated fats in most cuts of red meat, which also vary considerably in total fat. Chicken meat is therefore seen as a healthy meat. Chicken meat does not contain the trans fats that contribute to coronary heart disease, and can be found in high amounts in beef and lamb. In Canada, values of 2 to 5 percent have been reported for beef and as high as 8 percent for lamb. The World Cancer Research Fund and others (Bingham, 2006) have suggested that the consumption of large amounts (more than 500 g/week) of red meat, particularly processed meat, but not chicken meat, may be unhealthy.

Poultry meat is rich in the omega-3 fats Poultry meat is an important provider of the essential polyunsat-urated fatty acids (PUFAs), especially the omega (n)-3 fatty acids. Scavenging chickens are a particularly good source because of their varied diet. The amounts of these important fatty acids can be increased more easily in chicken meat than in other livestock meats; so too can some trace minerals and vitamins. The recom-mended dietary intakes (RDIs) of niacin can be met with 100 g of chicken meat per day for adults and 50 g for infants. By feeding broiler chickens only small amounts of a sup-plement rich in alpha linoleic acid (an n-3 PUFA), such as flax seed, the n-3 PUFA in thigh meat can be increased from 86 mg to 283 mg/100 g, and that in the minced carcass from 93 to 400 mg/100 g. To a large extent, the fat contents of the differ-ent portions determine the content and enrichment of PUFAs, so dark chicken meat always contains more PUFAs than white breast meat.

breast meat was increased from 8.6 μg to 41 μg/100g, which is more than 65 percent of the RDI. The same amount of selenium in the form of inorganic sodium selenite also increased selenium in the breast meat, but only to 16 μg/100g. Selenium deficiency is becoming more widespread in humans because soils are becom-ing depleted and the foods grown on them are therefore lower in selenium. The RDI of selenium is 55 μg per day. Selenium is a powerful antioxidant and plays a role in the prevention of some forms of cancer. A deficiency of selenium can cause Keshan’s dis-ease, a heart ailment in the young, which is common in parts of China, and cognitive decline in adults. Enriched poultry meat could help alleviate this condition.

Chicken meat can make many positive contributions to the diet of those on low incomes. Although not all meat is seen as healthy, chicken meat is, and is frequently more affordable than other meats. It is of a consistently high quality, is low in saturated fats, can be enriched with some essential nutrients and is sought after worldwide.

Previous article
70 out of 181: How House of Representatives violates Nigerian Constitution
Next article
Why you should not give iron injection to piglet too early