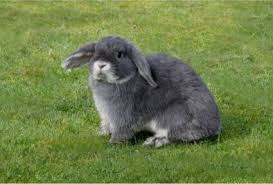 False pregnancy is also referred to as a phantom pregnancy or pseudopregnancy. It occurs when a rabbit becomes convinced that she is pregnant, even when it Anything s not true. female rabbit of breeding age (3 or more months old) can experience a phantom pregnancy)

As far as your rabbit is concerned, there is no difference between phantom and genuine pregnancies. She will act exactly the same as when she’s pregnant.

There is no litter at the end of the pseudopregnancy, of course.
Causes of Phantom Pregnancies
As Clinical Veterinary Adviser explains, the rabbit ovulates and believes that she’s pregnant.

This state of mind is maintained for up to 20 days. The two explanations for a pseudopregnancy in rabbits are as follows:

Will Spaying Prevent False Pregnancies?
A female that’s been spayed can still experience a phantom pregnancy. However, it’s less likely to happen, and there are health benefits.

Spaying won’t make her less appealing to males. An unneutered male will still mount a spayed female, which can result in a pseudopregnancy.

Is a Rabbit Pregnancy False or Real?
It’s difficult to tell if a rabbit’s pregnancy is real for at least 20 days. Genuine rabbit pregnancy symptoms include:

She will engage in the same behaviors as a pregnant rabbit for around 18 – 20 days. After this stage, a phantom pregnancy comes to an abrupt halt and the rabbit returns to normal again.

If you need to know right away, try checking her stomach area. Run your fingers along the belly. Can you feel little lumps, around the size of marbles?

If so, the rabbit is pregnant. If not, it’s likely a false pregnancy.

How Long Does a Phantom Pregnancy Last?
A rabbit’s phantom pregnancy lasts between 18 and 20 days. This is in comparison to a real pregnancy, which lasts around 31 days. The timeline of a false pregnancy vs. genuine pregnancy plays out as follows:
Day
Genuine Pregnancy
False Pregnancy
1
The unspayed rabbit mates with an unneutered male and is impregnated.
The spayed rabbit ovulates due to sexual stimulation or stress. She becomes convinced that she is genuinely pregnant.

10-12
In addition to being swollen, the tummy will have small bumps. These are baby rabbits.
The rabbit’s stomach will be unchanged.

18-20
The nesting process concludes. She’ll relax and spend more time sleeping.
The rabbit will lose interest in nesting. She’ll return to her usual behaviors, as if nothing happened and be less moody.

29-32
The rabbit will give birth. This usually happens overnight.
Your rabbit will have forgotten all about her pseudopregnancy.
Rabbit Phantom Pregnancy

Treatment
As far as the rabbit is concerned, she is pregnant. She won’t know any different until nearly 3 weeks into the experience.
Make your rabbit as comfortable as possible. Offer more food, ideally hay. Some will be eaten, but most will go into building a nest for her litter. Don’t worry about any weight gain at this stage. Your rabbit can get some extra exercise once the pseudopregnancy has concluded.
Put some soft/fluffy items in the hutch. Your rabbit will use these to line her nest. This will mean that it’s less likely to tear out her fur to line the nest.
Respect your rabbit’s desire to be left alone at this time. She will be irritable and territorial. Don’t try to handle her unless it’s absolutely necessary. She’ll be annoyed about you cleaning their cage. This still needs to be done, though. Consider wearing gloves to protect yourself from angry nips.
Rabbit Keeps Having Phantom Pregnancies
A phantom pregnancy is not a ‘one-and-done’ experience for a rabbit. She could experience a regular stream of pseudopregnancies. This is partly because she becomes fertile from the moment she gives birth. She can also experience phantom pregnancy after the previous one concludes.
rabbit phantom pregnancy treatment
If this is happening to your rabbit, you’ll need to find out why. Sure, it doesn’t technically hurt your rabbit. Here are some of the reasons:
Does she live alone? If so, something must be stressing her out and leading to ovulation. Adopt a trial-and-error approach to removing anxiety triggers so that she feels more relaxed.
Does she share a hutch? Is she dominant or submissive to her hutchmate? If humping and mounting assert either status, it may be stimulating enough to result in ovulation.
Does she only have a hutchmate some of the time? Separating bonded rabbits can be stressful, so keep them together.

Do Pseudopregnancies Cause Trauma in Rabbits?
A false pregnancy will not cause any problems. Fertility will not be affected, and the absence of a litter will not emotionally scar her.
While female rabbits instinctively prepare for the arrival of their young, they are not natural caregivers. One expert at The House Rabbit Society advises against breeding rabbits at all.
As soon as the phantom pregnancy comes to an end, she’ll forget all about it. She’ll restore her hutch to the way it was previously, stop tugging out fur, and her temperament will return to normal.

READ ALSO: 11 FOODS THAT ARE DANGEROUS TO RABBIT (most rabbit owners are guilty of these)

Can Phantom Pregnancies Be Prevented?
Spaying a rabbit early in life keeps her hormones under control and reduces the chances of stress-based ovulation. Also, remove as many stressors as possible from your rabbit’s living environment.
However, it’s almost impossible to prevent false pregnancy in rabbits. Even if your rabbit lives alone, she can still truly believe that she’s pregnant. Thankfully, it’s self-resolving and has no lasting impact on her health.
Phantom pregnancy is a trying time for a rabbit. As far as she’s concerned, she’s going through everything associated with impending motherhood. She won’t have a litter at the end of it, but it’s still exhausting.
The good news is that your rabbit will be back to her old self in no time. Once everything has run its course, act as though nothing ever happened. As far as your rabbit is concerned, it didn’t.

TOPIC: MAXIMUM ECONOMIC GAINS WITH USE OF PROBIOTICS IN BROILERS- Enviva PRO