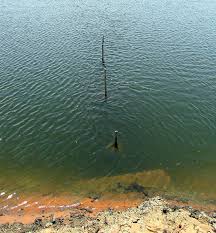 Water quality is very important in fish farming as poor quality water can effect the health and growth of the fish. It is important that farmers pay attention to the water’s chemical and physical factors.

Water quality can quickly decline in fish ponds as fish use the water to live, feed, reproduce, grow and excrete waste into. Fish farmers who wish to be successful should therefore understand the quality of their water, the needs of the fish and how to manage water quality factors.

Here are some of the most important chemical and physical things that farmers should pay attention to in their fish ponds’ water.

Temperature
Controlling temperature is very important for fish welfare as it can affect their behavior, feeding, growth, and reproduction. Metabolic rates in fish double for each 18ºF rise in temperature, according to Purdue University.

Average temperature ranges for the optimal growth of fish vary depending on whether the fish is coldwater, coolwater or warmwater and the fish you pick for your pond should depend on the temperature of the water you have available.

Suspended solids
Plankton, fish wastes, uneaten feed, or clay particles suspended in the water can all cause problems, especially in recirculating aquaculture systems.

Fish waste particles can be a major source of poor water quality as they may contain up to 70 percent of the nitrogen load in the system and can irritate the fish’s gills. As a rule, one pound of fish waste is produced for every pound of fish produced.

Turbidity caused by clay or soil particles can restrict light penetration and limit photosynthesis. Sedimentation of soil particles may also smother fish eggs and destroy beneficial communities of bottom organisms such as bacteria.

Removal of clay turbidity can be accomplished by adding materials that attach to the negative charges of the clay particles, forming particles heavy enough to settle to the bottom.

Common remedies for clay turbidity are 7-10 square bales of hay per surface acre, or 300-500 pounds of gypsum per surface acre. Gypsum applications may be repeated at two week intervals if ponds do not clear.

Excessive amounts of algae is also a problem as it leads to increased rates of respiration during the night, causing fish to consume more oxygen. Excessive phytoplankton build-ups or “blooms” which subsequently die will also consume extra oxygen. Any wide swings between day and night oxygen levels can lead to dangerously low oxygen concentrations.

In addition to supplying oxygen in fish ponds, photosynthesis also removes several forms of nitrogenous wastes, such as ammonia, nitrates, and urea.

The phytoplanktonic plant pigments involved in this chemical reaction are referred to as chlorophyll. These are the same pigments found in higher plants such as tree leaves.

Because the photosynthetic process is driven by sunlight, greatest concentrations of oxygen occur when the sun is highest on the horizon (usually 2-3 pm in the afternoon). At night, photosynthesis ceases and the phytoplankton primarily respirate.

Respiration is the reverse of photosynthesis in that oxygen is used by phytoplankton to convert food to energy and carbon dioxide is released as a by-product. Phytoplankton respiration also occurs during the day but fortunately for the fish farmer, there is usually a surplus of oxygen produced to compensate for the loss due to respiration. An exception is during extended periods of cloud cover, Respiration occurring in the absence of photosynthesis causes oxygen levels to decrease throughout the night. As a result the lowest concentrations of oxygen are observed immediately prior to sunrise.

Dissolved gases
Dissolved gases are those which are in a water solution. The most common gases are oxygen, carbon dioxide, nitrogen, and ammonia. Concentrations are measured in parts per million (ppm) or milligrams per liter (mg/1), both units of measure are the same. (One ppm or mg/1 is the same as one pound added to 999,999 pounds to total 1,000,000 pounds).

Oxygen
Dissolved oxygen (DO) is by far the most important chemical parameter in aquaculture.

Low-dissolved oxygen levels are responsible for more fish kills, either directly or indirectly, than all other problems combined. Like humans, fish require oxygen for respiration. The amount of oxygen consumed by the fish is a function of its size, feeding rate, activity level, and temperature.

Some warmwater species such as tilapia and cat fish are better adapted to withstand occasional low DO levels, while most coolwater species cannot.

While in recirculating systems carbon dioxide levels may regularly exceed 20 ppm. Excessively high levels of carbon dioxide (greater than 20 ppm) may interfere with the oxygen utilization by the fish.

There are two common ways to remove free carbon dioxide. First, with well or spring water from limestone bearing rocks, aeration can “blow” off the excess gas. The second option is to add some type of carbonate buffering material such as calcium carbonate (CaCO3) or sodium bicarbonate (Na2CO3). Such additions will initially remove all free carbon dioxide and store it in reserve as bicarbonate and carbonate buffers. This concept is discussed in further detail under alkalinity.

Nitrogen
Dissolved gases, especially nitrogen, are usually measured in terms of “percent saturation.” Any value greater than the amount of gas the water normally holds at a given temperature constitutes supersaturation. A gas supersaturation level above 110% is usually considered problematic.

Ammonia
Fish excrete ammonia and lesser amounts of urea into the water as wastes. Two forms of ammonia occur in aquaculture systems, ionized and un-ionized. The un-ionized form of ammonia (NH3) is extremely toxic while the ionized form (NH4+) is not. Both forms are grouped together as “total ammonia.” Through biological processes, toxic ammonia can be degraded to harmless nitrates.

Toxicity levels for un-ionized ammonia depend on the individual species; however, levels below 0.02 ppm are considered safe. Dangerously high ammonia concentrations are usually limited to water recirculation system or hauling tanks where water is continually recycled and in pond culture after phytoplankton die-offs. However, the intermediate form of ammonia–nitrite–has been known to occur at toxic levels (brown-blood disease) in fish ponds.

Buffering systems
A buffering system to avoid wide swings in pH is essential in aquaculture. Without some means of storing carbon dioxide released from plant and animal respiration, pH levels may fluctuate in ponds from approximately 4-5 to over 10 during the day.

In recirculating systems constant fish respiration can raise carbon dioxide levels high enough to interfere with oxygen intake by fish, in addition to lowering the pH of the water.

pH
The quantity of hydrogen ions (H+) in water will determine if it is acidic or basic. The scale for measuring the degree of acidity is called the pH scale, which ranges from 1 to 14.

A value of 7 is considered neutral, neither acidic or basic; values below 7 are considered acidic; above 7, basic. The acceptable range for fish culture is normally between pH 6.5-9.0.

Without a buffering system, free carbon dioxide will form large amounts of a weak acid (carbonic acid) that may potentially decrease the night-time pH level to 4.5. During peak periods of photosynthesis, most of the free carbon dioxide will be consumed by the phytoplankton and, as a result, drive the pH levels above 10. As discussed, fish grow within a narrow range of pH values and either of the above extremes will be lethal to them.

In recirculating systems where photosynthesis is practically non-existent, a good buffering capacity can prevent excessive build-ups of carbon dioxide and lethal decreases in pH. It is recommended that the fish farmer maintain total alkalinity values of at least 20 ppm for catfish production. Higher alkalinities of at least 80-100 ppm are suggested for hybrid striped bass. For water supplies that have naturally low alkalinities, agriculture lime can be added to increase the buffering capacity of the water.

Hardness
Water hardness is similar to alkalinity but represents different measurements. Hardness is chiefly a measure of calcium and magnesium, but other ions such as aluminium, iron, manganese, strontium, zinc, and hydrogen ions are also included.

Hardness values of at least 20 ppm should be maintained for optimum growth of aquatic organisms. Low-hardness levels can be increased with the addition of ground agriculture lime.

Other metals and gases
Other metals such as iron and sodium, and gases, such as hydrogen sulfide, may sometimes present special problems to the fish farmer. Most complications arising from these can be prevented by properly pre-treating the water prior to adding it to ponds or tanks.

The range of treatments may be as simple as aeration, which removes hydrogen sulfide gas, to the expensive use of iron removal units. Normally iron will precipitate out of solution upon exposure to adequate concentrations of oxygen at a pH greater than 7.0.

Previous articleImportance and Method of Sorting Catfishes
Next articleNEOCLOXIN