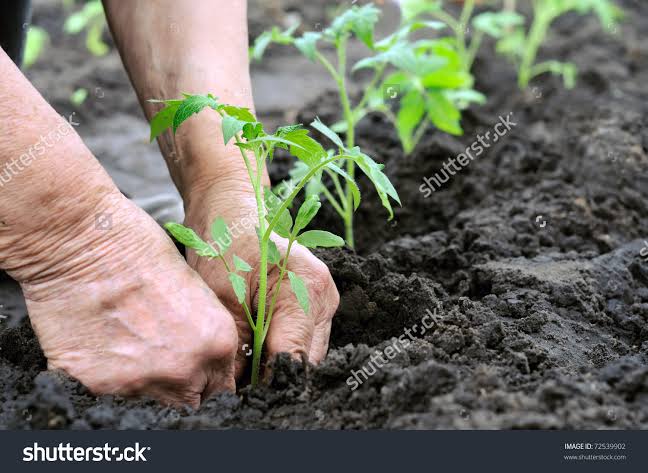 Strategies for sustainable use of antibiotics in Poultry Farm Poultry...
Read more

1. Sustainability over the long term: Many changes observed in the environment are long term, occurring slowly over time. Organic agriculture considers the medium- and long-term effect of agricultural interventions on the agro-ecosystem. It aims to produce food while establishing an ecological balance to prevent soil fertility or pest problems. Organic agriculture takes a proactive approach as opposed to treating problems after they emerge.

2. Soil: Soil building practices such as crop rotations, inter-cropping, symbiotic associations, cover crops, organic fertilizers and minimum tillage are central to organic practices. These encourage soil fauna and flora, improving soil formation and structure and creating more stable systems. In turn, nutrient and energy cycling is increased and the retentive abilities of the soil for nutrients and water are enhanced, compensating for the non-use of mineral fertilizers. Such management techniques also play an important role in soil erosion control. The length of time that the soil is exposed to erosive forces is decreased, soil biodiversity is increased, and nutrient losses are reduced, helping to maintain and enhance soil productivity. Crop export of nutrients is usually compensated by farm-derived renewable resources but it is sometimes necessary to supplement organic soils with potassium, phosphate, calcium, magnesium and trace elements from external sources.

3. Water: In many agriculture areas, pollution of groundwater courses with synthetic fertilizers and pesticides is a major problem. As the use of these is prohibited in organic agriculture, they are replaced by organic fertilizers (e.g. compost, animal manure, green manure) and through the use of greater biodiversity (in terms of species cultivated and permanent vegetation), enhancing soil structure and water infiltration. Well managed organic systems with better nutrient retentive abilities, greatly reduce the risk of groundwater pollution. In some areas where pollution is a real problem, conversion to organic agriculture is highly encouraged as a restorative measure.

4. Air and climate change:  Organic agriculture reduces non-renewable energy use by decreasing agrochemical needs (these require high quantities of fossil fuel to be produced). Organic agriculture contributes to mitigating the greenhouse effect and global warming through its ability to sequester carbon in the soil. Many management practices used by organic agriculture (e.g. minimum tillage, returning crop residues to the soil, the use of cover crops and rotations, and the greater integration of nitrogen-fixing legumes), increase the return of carbon to the soil, raising productivity and favouring carbon storage. A number of studies revealed that soil organic carbon contents under organic farming are considerably higher. The more organic carbon is retained in the soil, the more the mitigation potential of agriculture against climate change is higher. However, there is much research needed in this field, yet. There is a lack of data on soil organic carbon for developing countries, with no farm system comparison data from Africa and Latin America, and only limited data on soil organic carbon stocks, which is crucial for determining carbon sequestration rates for farming practices.

5. Biodiversity:  Organic farmers are both custodians and users of biodiversity at all levels. At the gene level, traditional and adapted seeds and breeds are preferred for their greater resistance to diseases and their resilience to climatic stress. At the species level, diverse combinations of plants and animals optimize nutrient and energy cycling for agricultural production. At the ecosystem level, the maintenance of natural areas within and around organic fields and absence of chemical inputs create suitable habitats for wildlife. The frequent use of under-utilized species (often as rotation crops to build soil fertility) reduces erosion of agro-biodiversity, creating a healthier gene pool – the basis for future adaptation. The provision of structures providing food and shelter, and the lack of pesticide use, attract new or re-colonizing species to the organic area (both permanent and migratory), including wild flora and fauna (e.g. birds) and organisms beneficial to the organic system such as pollinators and pest predators. The number of studies on organic farming and biodiversity increased significantly within the last years. A Recent Study Reporting On A Meta-Analysis Of 766 Scientific Papers concluded that organic farming produces more biodiversity than other farming systems.

6. Genetically modified organisms: The use of GMOs within organic systems is not permitted during any stage of organic food production, processing or handling. As the potential impact of GMOs to both the environment and health is not entirely understood, organic agriculture is taking the precautionary approach and choosing to encourage natural biodiversity. The organic label therefore provides an assurance that GMOs have not been used intentionally in the production and processing of the organic products. This is something which cannot be guaranteed in conventional products as labelling the presence of GMOs in food products has not yet come into force in most countries. However, with increasing GMO use in conventional agriculture and due to the method of transmission of GMOs in the environment (e.g. through pollen), organic agriculture will not be able to ensure that organic products are completely GMO free in the future. A detailed discussion on GMOs can be found in the FAO publication “Genetically Modified Organisms, Consumers, Food Safety And The Environment”.

7. Ecological services: The impact of organic agriculture on natural resources favours interactions within the agro-ecosystem that are vital for both agricultural production and nature conservation. Ecological services derived include soil forming and conditioning, soil stabilization, waste recycling, carbon sequestration, nutrients cycling, predation, pollination and habitats. By opting for organic products, the consumer through his/her purchasing power promotes a less polluting agricultural system. The hidden costs of agriculture to the environment in terms of natural resource degradation are reduced.

FOR MORE INFORMATION AND UPDATES JOIN OUR WHATSAPP GROUP HERE