The Important Infectious Diseases of Pigs 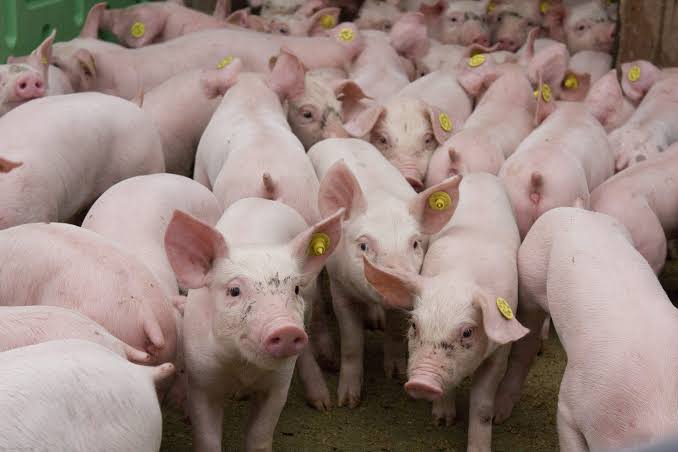 The Important Infectious Diseases of Pigs

Classical swine fever or Hog cholera: is one of the most important and devastating viral diseases of pigs. The disease affects both domesticated and wild pigs under natural conditions. It is characterized by fever, multiple generalized petechial and ecchymotic hemorrhages giving rise to visceral and skin lesion. Symptoms of tremor, in coordination and paralysis and occasionally peracute death without any signs may also be observed. Farmers should be advised to vaccinate the animals against swine fever about 20 – 30 days before breeding.

Respiratory disorder/ Pneumonia: it is frequently caused by Pasteurella, it is considered to be an important disease of pigs. Symptoms like affected pigs are apathetic, anorexia, high fever, coughing and sneezing, difficulty in breathing, red eyes with discharge. The treatment is more effective if appropriate antibiotic is used based on the drug sensitivity of the isolated bacteria.

Colibacillosis (piglet diarrhoea): It is caused by pathogenic strains of Escherichia coli and i s a disease primarily of the newborn or young pigs. The disease may be manifested by diarrhea,respiratory distress and arthritis. Thorough sanitation, adequate feeding of colostrums and milk during the first few hours after birth is important to reduce the problem. Oral rehydration therapy along with specific antibiotics is useful for the treatment of the affected piglets. Occurrence of most of the diseases can be prevented by following strict hygienic measure and by timely vaccination of pigs. A separate house should be there to keep the animals suffering from contagious diseases.