Facts you should know about rabbits 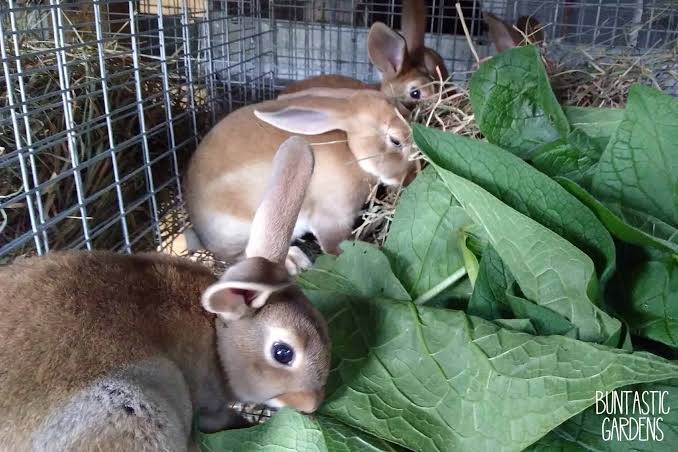 Facts you should know about rabbits

1. They can live to 12 years (and sometimes longer)

Rabbits are often quoted as having a lifespan of around five years. However, they can actually live to a maximum of 12 years, with small breeds living longer than their larger cousins. This low estimate is often due to a lack of understanding of their needs and the assumption that they’re children’s pets.

Most well-looked after rabbits live to around 7-10 years, so with the right environment and care, they make great long-term companions. For information on protecting your rabbit visit our rabbit care guide.

It’s often advised that a neutered male and female rabbit make the best pairing, but as long as they’re neutered and bonded, any combination of rabbits can live together. If you have the space, rabbits can also be kept in larger groups.

Many websites suggest that a guinea pig makes a good companion for a rabbit, but unfortunately this isn’t true. Although some rabbit/guinea pig pairs get on well, many more end in fights and injuries.

As well as needing different diets, a rabbit will often bully the guinea pig, and the guinea pig is unable to provide the natural social function of another rabbit.

As part of their natural diet, rabbits eat a specific kind of their own droppings called caecotrophs. These are full of protein and vitamin B, and your rabbit eats them to maximise the nutrients they get from their food.

Caecotrophs are much shinier and smellier than typical rabbit droppings, and you shouldn’t often see them as your rabbit will eat them straight away. If you notice a lot of caecotrophs in your rabbit’s hutch or run, there may be an issue with their diet or they may not be able to reach their bottom. Speak to your vet for advice on what you can do to help.

Rabbit teeth continue to grow throughout their lives, so it’s important to feed them mostly grass and hay, which helps wear down the teeth to a normal size. The act of chewing on hay, plus the natural abrasive qualities of silica in grass, naturally wears the teeth to prevent them from becoming too long.

Rabbits that don’t eat enough hay can quickly develop dental disease, one of the most common health problems in rabbits. This can result in overgrown teeth and painful spurs that cut into the gums and tongues and restrict their ability to eat.

Many commercial ‘muesli’ type rabbit foods actually promote unhealthy, selective eating in rabbits. This is because they often only pick out the bits they like, leaving essential nutrients in the bowl. They also don’t provide the chewing action needed to keep their teeth in check.

6. It’s not all about carrots

Many people are surprised to find out that root vegetables aren’t a natural part of a rabbit’s diet. Carrots are too high in sugar and should only be an occasional treat.

Rabbits’ main food should be hay, making up around 80% of their diet, supplemented by a small amount of fresh vegetables (around 15% of their diet), and finished off with around 5% of good-quality pellet food.

Rabbits need a constant supply of water. A rabbit that weighs two pounds will drink as much water in a day as a dog that weighs 10 pounds. A water bowl is preferable to a bottle, as they’re easier to drink from, easier to keep clean and don’t become blocked.

Remember to change your rabbit’s water daily and clean their bowls and bottles regularly.

Rabbit’s are very hygienic and self-groom in much the same way that a cat does. However, the rabbit digestive system does not move in reverse, meaning rabbits cannot bring up hairballs. They deal with the swallowed fur by eating plenty of roughage, this enables them to push it through their digestive tract.

9. They express their happiness through ‘binkies’

When rabbits are their most happy, they make an expression that’s commonly called a binky. When a rabbit binkies, they jump up into the air and twist their head and body in opposite directions, either from standing still or running. A quick flick of the head and ears is also called a half-binky which is another sign of playfulness.

A binky is your rabbit’s way of telling you that they’re happy with you and their life in general – so keep up the good work.

10. Their body language is less obvious when they are worried

If a rabbit is worried or anxious their body language is much more subtle. They clench the position of their body; it’s only really noticeable if you are looking for it. This often means their mood is misunderstood. This makes it especially important to keep a look out for symptoms of common diseases or infections.

11. They need plenty of exercise

Whether they’re kept indoors or outdoors, rabbits need plenty of space to exercise. Providing a safe environment where they can run, jump, dig, hide, stand up and stretch out allows them to behave like they would in the wild.

Young rabbits that don’t have sufficient space are more susceptible to broken bones. This is because their limited space presents very little opportunity for them to build up their bodies sufficiently.

A rabbit’s home needs to be big enough for them to take three hops and to stretch fully upright; for most breeds, this means an enclosure that’s 6ft long and 2ft tall.

They should also have access to an exercise run of 8ft long, 6ft wide and 3ft tall to give them room to roam. Ideally, this run should be attached to their hutch to give them the freedom they would have in the wild.

It goes without saying that their enclosures should be safe and secure to protect them from outdoor dangers such as foxes and rats, and indoor hazards like electrical sockets and cables.

12. Their ears have multiple benefits

Rabbits are often best known for their large ears, so it’s no surprise that their hearing is second to none. The unique shape of their ears and their ability to rotate them 180 degrees mean they’re able to pinpoint the exact location of a sound. Their ears are also essential to regulate their temperature. Rabbits are unable to sweat and don’t pant like dogs to keep themselves cool. Instead, they use the large surface area of their ears to radiate away any excess heat when they’re too warm.

This isn’t always effective though, so you should always provide a cool, shady spot for them to sit in during hot weather.

13. They are born with their eyes shut

Rabbits are born with their eyes shut. Once their eyes open, they have 360-degree vision meaning it’s difficult to sneak up on a rabbit. They do have a small blind spot directly in front of their face.

Rabbits can move at speeds of around 18mph. Couple that with their ability to jump between 3-4ft high and over 9ft horizontally and it’s hard to imagine ever being able to catch an escaped rabbit. Ensure that all fences are of adequate height if your rabbit is allowed to roam in the garden.