Profitability of sheep Farming In Nigeria 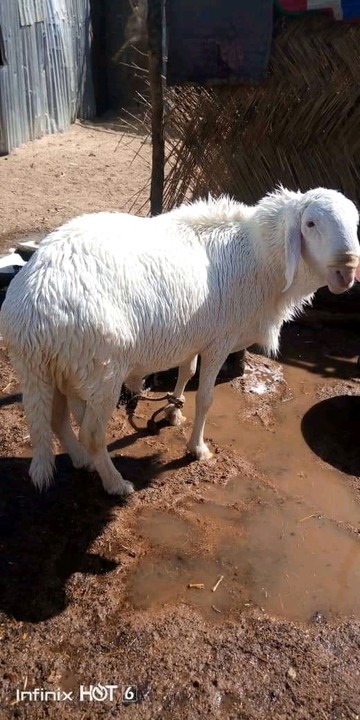 Profitability of sheep Farming In Nigeria

Animal production in Nigeria is experiencing a sudden boom in interest. People are realizing the potential in the business of rearing animals especially now that there is a ban on exported meat by the government, our major source of protein. So with an insufficiency in the meat market in Nigeria, this presented an opportunity for anyone to source the meat locally, and a considerable percentage of our meat source is sheep’s. They originated from the North, where they are reared in great numbers for generations.

The male sheep known as ‘ram’ is the predominant choice when it comes to selling or marketing them, especially during Muslim Sallah celebrations. Their female counterpart the ewe, are mostly kept for breeding processes. With the right knowledge and connections you will be able to rake millions of Naira in profit each year. One of the major advantages of the ram over other domestic animals is that it doesn’t take long to reproduce and it attains full maturity in a very short time for its size, and it is highly disease resistant.

The rams are bred for a minimum of six months, but they are usually reared till they reach a year before they are sold out in the market.

All the commonly known breeds of sheep previously mentioned take five to six months to achieve full maturity, although they are usually kept and reared for another six months after which they are then taken to the market, in some occasions they are reared to complete a year so they can achieve more body mass, which ultimately means more profit when they are sold. The gestation period for a ram is normally within 145-147 days, and the ewes come into heat every 17 days. The male sheep is kept amongst the ewes at a ratio 1:39.

Rams feed on most kinds of forage, fresh grass, hay and grains such as soybeans, maize, etc. but preferably grounded. They are also fed chaff, of maize especially, it is highly economical and very satisfying to the sheep. From time to time however they should be fed with feed with a good level of protein like leguminous leaves.

They consume about 1.5 kg daily and a lot of water. Their drinking water must be clean all the time, it should be monitored and refilled whenever it is finished or they it over, they happen to be very adept at that.

The housing of sheep is usually a very simple structure just to protect them from rain and direct contact with the elements. To house a considerable number of sheep one just has to build a rectangular pen with one open side for ventilation. Add fencing net around the open side to prevent thievery. The housing should be at least 2-3 meters tall with an overhang of about a meter from the roof, each sheep require a minimum of 1.1 square meters of space inside the pen and about 2 square meters outside the pen or shed. Although you have to put into account an ewe that is feeding her young need more additional space.

Every morning the sheep are allowed to come out and graze the plot of land they are subjected to. Fence the area all around the plot so they don’t wander off, a wire fence should do the job just fine.

The sheep are gotten from several northern states’ remote villages. They are acquired by traveling yourself to the destination or through a middle man. The middle men have better experience in the business and remove the burden of you having to travel to remote deserts to get rams, they usually transport these livestock for many people at a time. You describe your order (like the number of animals you need), give them your budget and possibly an advance, depends on your terms of agreement. Find a reputable person(s) and place your order, they will deliver it to your intended farm.

Now, the typical price for medium sized rams is between 20,000-25,000 Naira, and 15,000-20,000 Naira for the ewes. The average price for ten sheep with the male to female ratio as 3:7 is N200,000, cost of transport depends on the distance that will be travelled, so Lagos delivery will cost much more than Nassarawa or Jos, an estimated cost will be around N20,000-N50,000. An overall startup cost will somewhere around N520,000 including housing and feeding assuming you have a plot of land.

The sheep are sold at an average of N40,000-N80,000 each if sold in suburban towns like Bauchi, Yola and Bayelsa. The price are much higher up in places like Abuja and Lagos where there is a scarcity of the product and he demand, and also if sold during Muslim Eid-ul-kabir festival, the prices for ram soar incredibly. After a year of rearing the expected profit margin is around 50-60%, which is like exactly what you invested in profits.

Being up for this business means investing in a lot of time and money, because if it is not done properly it will be reflected in the animal’s growth and their growth will be reflected in their prices. Making fast witted decisions will save you both time and money, so you should be ready to react to sicknesses despite how rare it is, changing selling/buying prices and so on. With this, we come to the conclusion on the rearing of rams from beginning to its marketable age.