Why Start Pig Farming In Nigeria 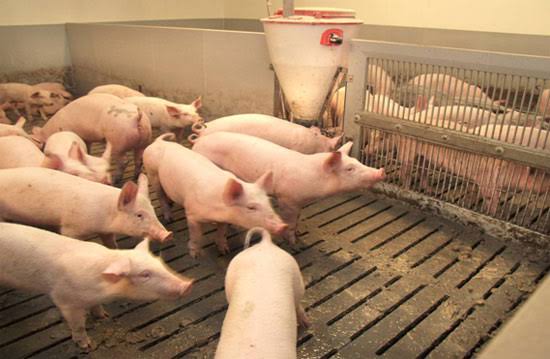 Impact of Rabbits on the Environment How do rabbits help...
Read more

Why Start Pig Farming In Nigeria

The domestic pigs, often called swine, hogs, or simply pigs when there is no need to distinguish them from other pigs, are domesticated large, even-toed ungulates.

They are variously considered a subspecies of the Eurasian boar or a distinct species.

Experts say a pig’s love of mud is not for the sake of filth or dirtiness. Pigs are actually very clean animals! Yes, you heard me right.

If they are given sufficient space, they do not soil the areas where they sleep or eat. Forget the saying that “sweating like a pig” – pigs can’t even sweat!

That must be the reason why they bathe in water or mud to cool off. It’s a matter of an act of survival.

Just one pig can give birth to as much as 10 piglets at a time, making it one of the most reproducing farm animals in the world.

Piglets are also called shoat or farrow. A male pig is also known as Boar while the female is a Sow. A group of pigs is called a herd or drove.

I met one of the beneficiaries of the government program – NPOWER – she is in the category of N-Agro.

Among many things we discuss is the need to set up a farm after the program as an N-Agro beneficiary since that should be one of the motives of the program.

I gave suggestions on the different animal farms that can be set up and a pig farm was one of them. Yes, you should also check the reasons why having a goat farm in Nigeria is profitable.

I found out that not having a comprehensive idea of how to set up a farming business is one of her challenges.

So I decided to research more about pig farms and write about it.

What A Pig Farmer Should Know

As a farmer, you should know what you are most likely concentrating on.

As a pig farmer, you can raise and sell to the abattoir or you can raise, kill and sell the pork meat and you can as well decide to do both depending on what has great demand in your area.

Recently I discovered that pork meat is the most widely-eaten meat in the world, accounting for over 36% of the world.

It is followed by chicken meat and beef meat with about 35% and 22 % respectively.