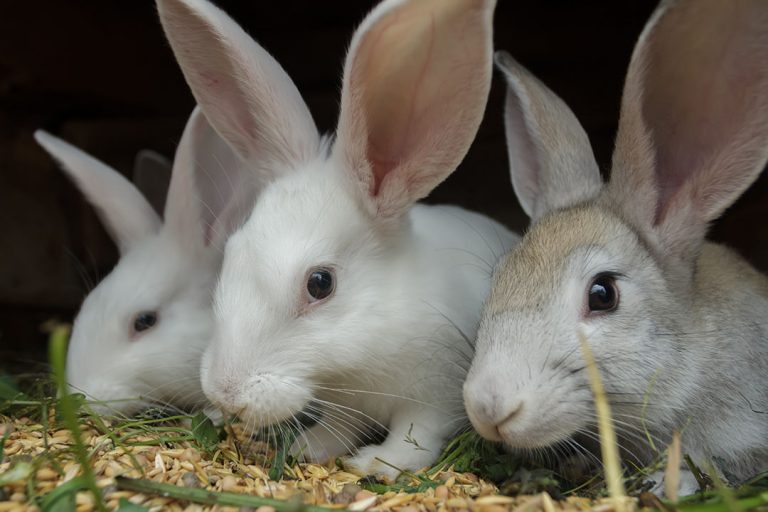 Rabbit farming is forecast to grow rapidly, since rabbits are well known as a quick-breeding source of low-fat, high-protein meat. However, reducing the sector’s impact on antimicrobial resistance is a major challenge.

Already important as a valuable source of meat, rabbit farming is forecast to continue its growth in response to the growing food needs of the world’s expanding population. While China is currently considered to be the leading producer of rabbit meat, the future expansion in global output will be based on improved breeding selection, technological advances, including meat processing, and increased government support. The main producing countries in the EU are Italy, Spain, France and Germany, while Venezuela and Egypt are the main producing countries in Latin America and Africa.

Rabbit farmers have always been ready and willing to adapt to the various challenges involved in achieving effective meat production, coping with such issues as high mortality levels in kits (baby rabbits) and negative energy balance concerns in relation to does (female rabbits). Producers are also keenly aware of the need to achieve good results within a breeding and rearing environment, with minimal expenditure on maintaining health and a constant awareness of the need to reduce the sector’s impact on antimicrobial resistance. Intensive breeding processes, poor feeding regimes and degraded sanitary conditions are all sources of stress in rabbit farming, which can cause dysbacteriosis and immunodeficiency. As a result, the natural resistance of farmed rabbits can be impaired, leading to an inevitable rise in the incidence of disease within production units. Potential knock-on impacts include impaired digestion and metabolism and the appearance of intestinal infections, leading in turn to reduced productivity and increased levels of mortality.

Addressing the need to reduce the use of antibiotics in farming is clearly a global concern which applies to all food animal species. Rabbit farming’s central place in the current debate, meanwhile, reflects the species’ position as one of the world’s most medicated livestock sectors. For example, a recent farm-based study carried out in China, focusing on diarrhoeic rabbits, revealed that 78.2% of the E. coli isolates found in the study population were resistant to tetracycline. The same study found resistance to ampicillin in 65.5% of the animals. Another study that was carried out on rabbit farms in Spain revealed that E. coli isolates were resistant to doxycycline (89.3%), to amoxicillin (16.1%), gentamicin (2.9%), and enrofloxacin (4.2%). Both of these results, viewed against the background of the world’s need to maintain the effectiveness of antibiotics in treating humans, highlight the urgent requirement for rabbit farmers to continue reducing their use of antibiotics.

Many countries have, of course, already banned the use of antibiotics in farming, including growth promotors, forcing animal nutritionists to seek alternative ways to protect the health and productivity of food animal species. Such solutions include the use of probiotics, a health-boost option which has been extensively tested in recent years. A key study that was carried out in Europe assessed the impact of giving does and weanling rabbits the probiotic yeast Actisaf Sc 47 as a dietary supplement. Fed at a 0.15% level of inclusion (7.5 10⁹ CFU/kg of complete feed), the supplement was evaluated according to how much it helped boost the trial animals’ zootechnical performance. Trials involved 40 does and their 185 weanlings. Animals were randomly divided into two groups. The probiotic yeast was included in doe and weanling diets as part of a trial involving 20 does and their 93 weanlings. The control group, which did not receive any diet supplementation, contained 20 does and their 92 weanlings.