The future of pig production 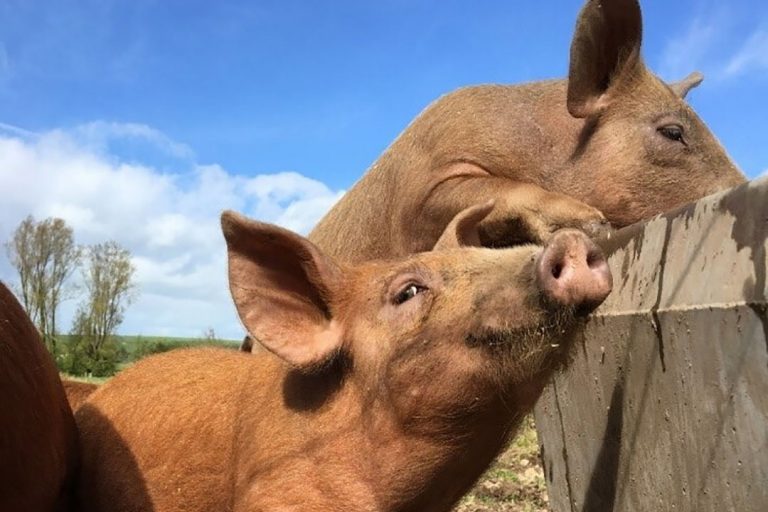 The future of pig production

The Green Deal has been a bit like that neighbour who comes to your door, sees it open and suddenly you find him in your kitchen. Chances are that you have not heard yet about the Green Deal and, in particular, the food systems action called ”from-farm-to-fork”. In a nutshell the targets of this action for 2030 are:

This will be quite an achievement considering the continuous growth of the population and some of the current trends in consumption. But the Green Deal includes other areas worth discussing. Let’s take a look.

Pigs, the masters of circular economy

Circular economy is at the heart of the Green Deal and is all about eliminating waste. Now think about using food waste in a household. There is something everybody still has in mind although it is not common anymore: pigs. Modern pig production relies on diets based on cereals and soybeans which could be directly consumed by humans.

Some countries have very efficient use of by-products for pig diets but still they form a minority. Will the pig be able to recover his role of recycler even if losing a bit of feed efficiency? And of course, we also use everything from the pig, I would say, including the oink. A complete win-win in terms of circular economy.

A sentence that can be read in several documents related to the Green Deal is “A healthy plant-based diet reduces the risk of life-threatening diseases and the environmental impact of our food system.”

Looking at scientific evidence, the only nutritional change that has clearly shown to improve health and lifespan in different species is a significant reduction in energy intake. This can be done while still including meat in your diet. In any case, consumption of meat, except for poultry, is decreasing in countries like France or Germany and it is a good thing. Pig producers should start thinking more about quality and differentiation than about competition for price because the market for meat is going to get tight in near future.

I have always worked with both pigs and chickens, 50/50%. Lately I have worked mostly with pigs, but I always keep an eye on the birds. I would suggest pig producers to do the same. The ability of the poultry industry to face adversity and adapt is something I admire.

They have been the first to reduce antimicrobial usage, to create new systems to diversify production and to sell a product that, although cheap, has a good reputation as being healthy. Does anybody remember how bad eggs were for your cholesterol? Pig meat is still seen as a fatty product and competing in many cases based on price. Time to think like a chicken.

The eternal question, who is paying for the party

I think we all would agree that the Green Deal looks like something very good for the EU and its citizens. However, this type of improvements often have a negative side for part of the population. Consumers want better products at the same price, retailers want to satisfy the consumer but keeping their margins, and the cost gets passed down the production chain until it reaches the farmer.

The from-farm-to-fork action includes “Legislative initiatives to enhance cooperation of primary producers to support their position in the food chain”. Out of the 10 points referring to sustainable food production, this is the only one that still has no link to specific content.

It is a very tricky area to address but it needs to be sorted before the party starts. The lack of a new generation of farmers is a reality in some areas of the EU and if costs keep increasing, we may lose the ecologic value of farmers.

Transform the challenge into an opportunity

I am not a pig farmer. It takes too much courage and love for the land to be any type of farmer. I am a civil servant that uses science to help farmers and society in general to improve.

Based on what I see out there, I think the next 5 years are going to be crucial for agriculture in the EU and specially for pig farmers. I would recommend pig farmers to go for it, to become the change, to open their farms, to have a dialogue with society and create value as they always did. The world is changing faster than ever. Farmers must decide what they want to be in future or somebody else will do it for them.