Why Farmers Should Focus More On Tiger Nut Cultivation 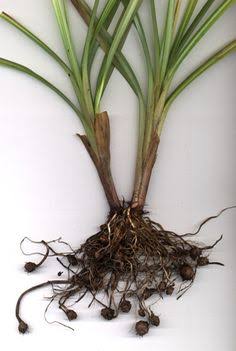 Why Farmers Should Focus More On Tiger Nut Cultivation

What are tiger nuts and where are they found

There are three varieties of tiger nut tubers easily identified based on their colour. They are the yellow, brown and black varieties. However, only two of the varieties – yellow and brown – are commonly seen in most local markets in Nigeria. The yellow variety is further grouped into big and small yellow varieties.

The origin of tiger nut cultivation was traced to ancient Egypt. Thousands of years ago, the cultivation of the crop was reported to take place between Sudan and Egypt on the shores of the Nile River. It is also cultivated in Southern Europe and parts of West Africa, most especially Ghana, Nigeria, Sierra Leone, Cameroon, Senegal, Guinea and Cote d’Ivore.

In Nigeria, tiger nut is grown mainly in the northern region, especially, Katsina State and the tuber is available in the market all year round.

What are the agronomic practices of tiger nut in Nigeria?

Tiger nut is not a new plant species in Nigeria. The cultivation of tiger nut requires mild climate and sandy soil. It is planted in April and harvested in November. The planting period is grouped into major (April-July) and minor (September-November) seasons.

Tiger nut requires irrigation until the tubers are due for harvesting. It has been established through R&D that the mineral contents and acceptability of tiger nut-milk is affected by the location and planting period.

How is tiger nut preserved in Nigeria?

The tubers of tiger nut could be utilized when they are fresh, semi-fresh or dried depending on the products desired. Drying of tiger nut tubers is usually done by exposing them to direct sun rays with occasional turning which ensures uniform drying. A properly sun-dried tiger nut tuber takes about 1-2 months to complete.

What are the properties of tiger nut and why is it so important?

As a result of its importance in the nutrition of many people in various countries, studies have been carried out on the nutritional composition of different varieties of tiger nut tubers grown in different geographical locations.

Also, studies on the proximate composition, metabolizable energy, amino acid profiles and isoelectric properties of the nut indicated that site and planting period have significant effects on the fat, protein, minerals and energy content of the milk produced from the two varieties.

Also affected are the sensory characteristics of tiger nut milk produced from the two varieties planted in different sites and planting periods.

In view of its nutritional characteristics, tiger nut is being used to produce a number of products globally. Three main products obtained from Cyperus esculentus are tiger nut milk, tiger nut flour and tiger nut oil.

The development of other products involves any of the three main products or their combination. A ready-to-eat crunchy snack called gurundi is being produced using the flour. A highly nutritious beverage known as Bambara nut-tiger, not coconut, milk can also been prepared using tiger nut-milk derived from the tubers.

Tiger nut is used to produce ‘kunun aya’ which is a non-alcoholic, low viscous, sweet-sour beverage that has milky and creamy appearance and taste.