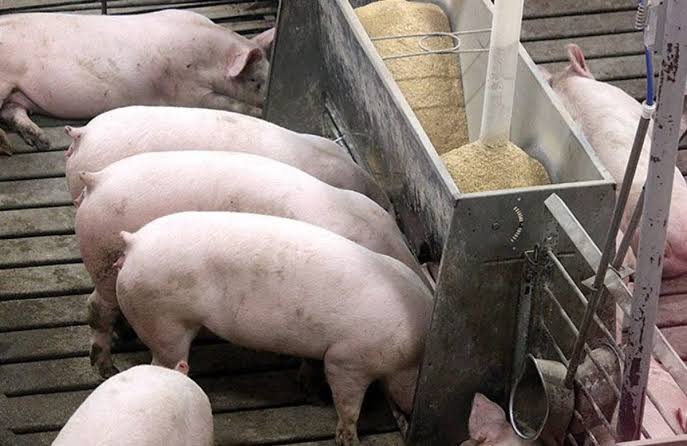 You’ve undoubtedly done your best to trim expenses from the hog operation over the past 12 months, but the New Year presents a fresh opportunity to take another look.

“Basics are the key, and it seems like we are never as good as we probably can be on the basics,” says Jeff Kayser, production manager, Suidae Health and Production.

Kayser and Jason Kelly, DVM , also with SHP, based in Algona, Iowa, partnered to develop 10 detailed ideas for lowering your farm’s operational costs and improving your bottom line.

“These items are in no particular order of importance,” says Kelly. Some might slightly increase production costs, but in the end “will improve returns and, therefore, ipmprove profitability or reduce financial losses.”

This has been accomplished on a number of clients’ farms, says Kelly. “We work hard every day to produce healthy pigs, and producing PRRS-negative pigs is one of our big goals,” he says. “If we are successful at making a PRRS-negative pig, we want to make sure we keep that pig negative through the nursery and grow-finish period because that is where most of the production cost is.”

SHP research with clients shows the value of keeping a herd negative for PRRS (porcine reproductive and respiratory syndrome). A producer five years ago thought all of his PRRS-negative weaned pigs were staying negative through finishing. Mortality and gains were acceptable, but in screening for the virus, it was discovered that a small percentage of the pigs were becoming infected during the grow-finish period. The non-clinical cost of PRRS was $4.42/head.

In that case, the solution was investing in and getting employees to stick to biosecurity policies: extra boots and coveralls to be worn when people work outside of the hog units.

In the non-clinical PRRS case, average finishing mortality was 2.4%, but the PRRS-negative groups had 1.8% average mortality.

“The important thing about biosecurity as it relates to risk is that we can say we are doing all of the things we should do and we might still get PRRS. But if you do these things, I guarantee that you will get PRRS less often,” stresses Kelly.

“We think this provides a tremendous opportunity to keep challenging yourself in constantly comparing your farm’s performance to others,” says Kayser. For clients willing to share data, SHP benchmarks rolling three-month averages for biological and financial performance between farms to identify areas for improvement.

“This allows you to bust paradigms, helping producers learn from each other and maintain that confidentiality. We use that data not just to benchmark, but also to motivate farm employees as well as owners,” he says.

Once priorities are identified, a written plan is created and followup with staff is monitored to ensure progress is being made.

One client thought he was doing pretty well until benchmarking for the first time and realizing that his feed cost was $10.67/weaned pig. Other clients with similar feeding programs produced a weaned pig for $10 in feed costs. The higher-cost producer refined ration formulation, feed usage and toll milling rates and was able to trim feed cost to $10/pig in less than 45 days, says Kayser.

Pork producers used to rely on annual industry trend data from the Iowa State University swine records program or PigChamp to make changes and reduce production costs. “But we have found that producers today can’t wait to make changes once or twice a year to get better,” Kayser says. “They need to continuously benchmark to focus their efforts.

“Some clients we work with intensively to benchmark their operations weekly — grabbing their reproduction records as they come through to compare against themselves.”

Bench-marking has helped identify some areas of improvement, first looking at the sow farm’s gestation and lactation feed intake. Table 1 illustrates a 2,500-sow client that averaged just over 2,000 lb. of feed/sow/year for 2007-2009. This farm made a slight adjustment to lower gestation feed and increase lactation feed, Kayser points out. It didn’t greatly increase total sow feed, but the changes provided a continuous improvement in productivity, moving pigs/mated female/year from 23.8 to 25.4.

To shift gestation feed lower, the farm fed sows twice daily using the same feeding equipment and labor. “By feeding animals in smaller amounts, it is easier for sows to convert that feed to energy and manage body condition, while really focusing on getting more lactation feed into them,” he observes.

Another farm attempted this bump feeding protocol, pre-farrow, by feeding 2 lb./sow/day more for 21 days, thinking more is better. Using a litters/mated breeding female/year of 2.5, that extra feed came to 105 lb./sow/year, and instead of spending $0.10/pig, that farm spent $0.30/pig. That extra pound of feed and extra week of bump feeding did absolutely nothing for that producer, except cost him an extra $5/sow/year,” Kayser says.

Capture other feed savings by reclaiming feed dumped out of farrowing bowls and feeding it elsewhere, providing it’s not moldy or rotten.

Eliminate creep feeding pigs that are weaned at or under 23 days of age.

Instead of maintaining a standing order from a boar stud, eliminate semen wastage by basing orders on actual breeding projections.

“If you get semen delivered three times a week, you may have to pay for an extra delivery, but you will have fresher semen and you can more easily monitor your inventory of semen based on how many breedings you actually have,” Kayser says.

Implement a skip-mating breeding program for weaned sows if they come into heat on Day 3 or 4 of estrus to lower the number of doses used per sow.

“The important thing to remember is that this trial is based on matings at Day 3 or 4 of standing heat. If sows come into first heat after weaning later than that, then you need to mate them on the first detection of heat. Those sows that come into early heat have a much longer time before they ovulate, and that is why first mating doesn’t matter that much,” says Kelly.

“Work with your veterinarian to make sure everything is absolutely necessary,” advises Kelly. Stop all broad-spectrum sow treatments. Only treat sows that need treating.

“I guess the old quote, ‘farrowing is not an infectious disease and doesn’t need to be treated,’ applies here,” he says. “Post-farrowing injections of penicillin, oxytocin or dexamethasone should only be given to certain animals and should not be given as a blanket treatment to all sows.”

Also, stop unnecessary broad-spectrum piglet antibiotic treatments and only treat pigs that need it. “If you do not know if a drug is working, it is probably an expense rather than a necessity,” he says.

Verify that farm staff is giving the proper dosage of vaccines or treatments and that syringes are dosing at the level intended.

Stop routine sow feed medications unless absolutely necessary. Antibiotic pulses in sow feed vary in cost effectiveness and may be “treating the manager” more than they are the animals, Kelly states.

“In other words, you might be able to improve wean age by a half a day to a day without even building a farrowing room, without spending a dime,” says Kelly. Target more than 80% farrowing crate utilization when weaning twice weekly. Each day you gain in lactation length in a farrow-to-finish operation is worth about $1.70/pig, adds Kayser.

“Throughput is king.” That’s the common theme that says producing more is the key to success. But when you are not making money on hogs, adjust that equation to get more efficient, says Kayser.

At the time SHP started consulting with the sow farm in Table 4, every effort was being made to advance throughput. The farm had 1,523 sows and production of 21.5 pigs/sow/year. But non-productive sow days were too high at 61.5 days/mated female. The farm produced just over 7,000 lb. of pork (weaned pigs) per week.

And the operation struggled to get 12-lb. weaned pigs started, spent a lot of extra money on starter feed and extra medications, and tried to get pigs to the right market weight to maximize premiums in the packer’s matrix.

To get more efficient, the sow herd was reduced 13% to 1,328 sows, and weaning age was increased from 16 to 18 days of age. The producer weaned fewer, heavier pigs averaging 14 lb./pig. Total pounds of weaned pigs/week increased to over 8,000 lb. and non-productive sow days were cut in half. Overall, the operation saved $224,000.

Kayser says producers should strive to be better than the average U.S. sow herd performance of 10 pigs weaned/litter and 24 pigs/mated female/year.

Focus on culling the right sows

Develop a ranking system that evaluates Parity 3 and older sows based on reproductive and farrowing performance. Every quarter, cull the bottom 10% of these sows, urges Kayser. “You are gradually trying to cull off the poorest sows instead of getting rid of too many younger-parity females that are costing you money because you are not getting the genetic value back on them,” he says.

A 5,600-sow client farm provides a scientific approach to herd parity breakdown and removal rates (Table 5). It shows how 70% of the herd’s removals fall appropriately in sows Parity 4 and over to prioritize culling the right sows.

Develop procedures to start pigs that will reduce mortality and market variation and improve the number of pigs marketed efficiently, explains Kayser.m

“Train employees on your exact expectations and accept nothing less,” he stresses. Make sure all pigs get their share of starter feed.

Check all room controllers to ensure that heater start/stop settings don’t conflict with fan staging. Target heater stop settings at 2 degrees below set point to compensate for room heat rise, and for probes to detect the temperature rise after the heater stops.

Ensure minimum-stage fans are properly sized and set for the number of animals in the room or barn.

Eliminate barn drafts by installing plastic or bubble wrap on curtains and fan shutters not in use for the winter.

Conduct a pressure check of propane line fittings and regulators in order to identify any leaks in the system.

Keep hallway heaters set at 50°F unless pigs are being moved in them. Invest in sweatshirts for farm staff to wear while working in barns.

Suidae Health and Production is an eight-person veterinary practice. For more information, visit