How to manage stress in poultry, livestock production 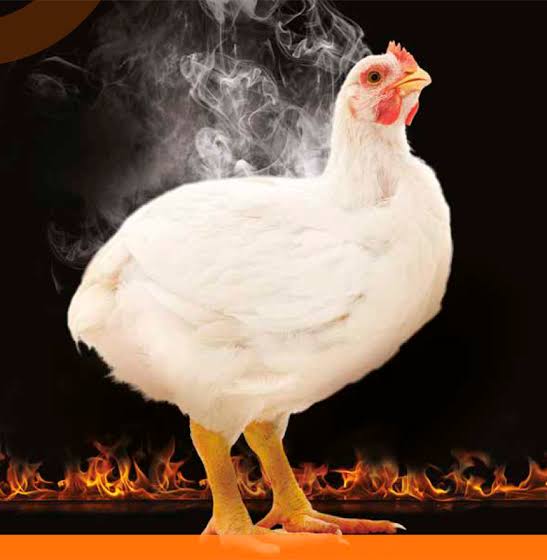 How to manage stress in poultry, livestock production

Growth rate and production performances in pig, poultry, cattle and other livestock businesses determine profitability, sustainability, food sufficiency and job retention of farm hands, as well as contribution to the economy. Likewise, extreme weather conditions affect negatively the quality, growth and performances of these commercial animals.

The extreme climate conditions are heat, cold and relative humidity, and these are aggravated by global warming, compounded by forest depletion, environmental degradation and carbon emission.

Poultry, especially broiler chicken production, as explained by the President of the Poultry Association of Nigeria (PAN), Mr Ezekiel Ibrahim Mam, is one of the fastest sources of protein and one of the quickest businesses with sustainable returns on investments.

However, excessive heat and cold have a growth-retarding effect on broilers. Because broiler birds are raised for table sizes within six to eight weeks, they are one of the fastest sources of protein consumers and income to farmers, processors and retailers.

Profitability in the value chain is boosted when growth is enhanced within the period to maximise a feeds-to-flesh, feeds-to-egg or feeds-to-milk conversion. Balanced thermal situations, explained by thermo-neutrality, help boost productivity and profitability.

A thermo-neutral zone is a climatic condition in a livestock pen where the animal is most comfortable, growing and producing at the optimal level, as described by Ruth Consolidated Industries Pty.

The bird can tolerate and adapt to temperatures of 20 to 25°C but significant heat stress sets in if it goes above that region, and significant cold stress sets in below the region eight Celsius. Broilers and breeders are more susceptible to climate fluctuations. The real danger unfolds when the temperature is greater than 30 Celsius and birds die off at 47 Celsius from heart failure.

Heat beyond the thermo-neutral zone, however, upsets the comfort of the broiler birds, which would make them eat less, pant and lose weight. The thermo-neutral zone for these birds is between 10 and 20 Celsius. By implication, heat within the poultry house should not be allowed to go beyond 20 Celsius, otherwise, the growth rate will be retarded. Similarly, the cold level of the pens housing broiler should not go below 10 Celsius, otherwise, it would upset the comfort of the birds, making them inactive and eat more for body heat generation to resist cold. This results in retarded growth by the end of the cycle and leads to inability to cover cost of production or make profit.

These heat and cold dynamics also affect egg-producing birds (pullets and breeders) negatively. The thermo-neutral zone for these birds too is between 10 and 20 Celsius. Cold going below 10 Celsius would make them to eat more feeds (increased cost of production) and lay fewer eggs because more feeds consumed are converted to heat to produce heat equilibrium, not eggs. Heat beyond 20 Celsius in the pens housing egg-laying birds make them to pant; makes them restless and prevents them from adequate feed intake. This directly reduces the number of eggs produced daily, leading to inability to cover the cost of production or make profit.

Zones of comfort for pigs

The Food and Agricultural Organisation (FAO) says pork takes 38 per cent of the global market, closely following poultry meat consumption. In Nigeria, it has a large and expanding market share especially in the southern states, and thousands of smallholder farmers are making decent incomes from its production across the geo-political zones.

The comfort zones, where the pig is most comfortable and productive optimally is 25 to 32 Celsius for piglets; 24 to 30 Celsius for weaners; and 16 to 25 Celsius for growers and finishers.

Nigeria produces approximately 20 million cattle, 75.5 million goats, 44.3 million sheep, 7.5 million pigs and 30,000 camels. And the immediate past Minister of Agriculture, Chief Audu Ogbeh, had lamented that dairy productivity in the country is one of the lowest, and growth rate of the cattle is retarded due largely to effects of climate change.

The thermo-neutral zone where cattle are most comfortable and are producing at optimal levels either for beef or dairy ranges from five to 25 Celsius. Specifically, the optimally friendly temperature region for dairy cattle is between five and 20 Celsius. For beef cattle, it ranges from 15 to 25 Celsius.

Usually, the period of maximum heat stress is from midday to 6.00p.m. Reduced growth, smaller and fewer eggs, weaker eggshells, and depressed reproductive performance are inevitable consequences of heat stress and management programmes to offset these losses should be developed.

In the extremely hotter part of the day, poultry experts advise that farmers should withhold feeds from laying and broiler birds for about two hours at the peak of thermal generation, which falls between about 1.00 P.M. and 4.00P.M. Withholding feeds, they said, would prevent combination of metabolic heat with thermal heat. And by extension, this could help to retain the temperature in the thermos-neutral zones for the birds. This is equally applicable to pigs and cattle.

Most animal husbandry farmers, especially in Nigeria, fail to incorporate a plan to tackle challenges of heat or low temperature in their businesses. It is, however, advisable that as they plan to procure birds, cattle, piglets, and construction of cages, pens and sheds, they should include procurement and installation of ventilators, and heaters into the farm houses.

Though these could add to the cost of production and initial capital required for start-ups, the long-term economic benefits of production performances of the animals, higher returns on investments per annum, and spent values of old laying birds if high mortality is prevented would surpass the initial capital expended and would make the businesses sustainable.

Also, electric power failure poses a great difficulty in running fans, air coolers or heaters in a pen. However, installation of solar fans, air coolers, and heaters are becoming less expensive and maintenance cost is non-existent, unlike in cases where gasoline power generators are used.

Another way of generating heat in the pen house is by attaching tarpaulins around the pen overnights during cold periods to build up heat to the thermo-neutral zone. This is in vogue in Nigeria as a low-cost technique to keep the animals from extreme cold.

Oyadeyi also said the house’s width and height are very important, recommending the width of “9m and height of 3m to the eaves from above the floor of the pen house.”

The house orientation is of great importance, he added, and the best orientation is for the long axis of the poultry house to be in an east-west direction to avoid direct sunlight into pen houses, and the roof overhang should extend to at least 1.5 meters to reduce the amount of direct sun and rain entering the house.

“Roof type is another factor to consider. Roofing materials with properties for reflecting heat would be highly recommended. Also, the insulation of available roofing materials with spray foam will also prevent heat build-up in the poultry house. Painted roofing reflects most of the sun rays away,” he said.

Oyadeyi also advised poultry farmers to use monitor roofing style with the ridge vents at roof level. These roofing vents allow hot air to exit and cool air to enter the poultry shed through side openings

The Poultry Site also supports the use of sprinkler technology to achieve cooling effect and the use of heater to control extreme cold.

According to it, “The humidity level in a poultry house is critically important because, unlike other animals and humans, chickens can’t sweat. They have to breathe out excess heat and moisture to cool themselves. If the air they breathe in has 50 per cent humidity, there’s 50 per cent air left to take up heat and moisture, which can then be expelled. When the air has 50 per cent humidity, chickens can get rid of a lot of excess heat.”

It added that “conversely, if the air chickens breathe in is 90 per cent humidity, there’s only 10 per cent air left to take up heat and moisture. Chickens have to work harder to cool themselves. If they can’t breathe heat and moisture out fast enough, their body temperature rises and they eventually “drown” from the excess moisture and heat load.”

Similarly, Oyadeyi said fixing sprinklers on the roof and turning them on during hot weather would bring down the temperature inside the house. The installations of foggers to the cage or at about the birds’ level for floor production could also reduce the house temperature.

Maintaining two rows of cages is a better way of enhancing good ventilation and better heat management, he added. If the rows are more than two, he said, circulatory fans should be installed in the pens for proper air circulation.

“In order to further enhance better heat management, it is recommended that the distance between two pens should be a minimum of 10m or at least the width of one. Heat stress remains a major environmental challenge in poultry production. Wrong housing system have always aggravated the effects on both the productivity and profitability of the poultry business,” Oyadeyi said.