The Effects of Stress in Fish 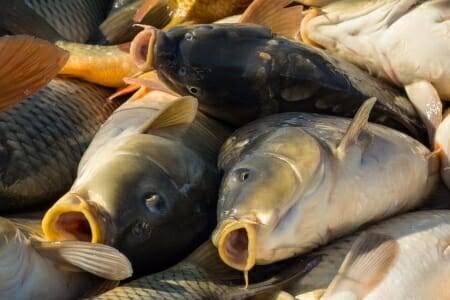 The Effects of Stress in Fish

How Stress Can Affect Your Fishes’ Health

Stress is a critical factor in fish health. It is so important, in fact, that scientists have studied it in detail, both in the wild and in captive fish. Stress is a very complicated subject that permeates every aspect of fish-keeping.

The primary rule to remember with stress is that, as the saying goes, prevention is better than cure. The things that cause stress in a fish’s life (“stressors”) include overcrowding, handling, a poor or unfavorable environment, inappropriate or aggressive fish sharing the same tank and, in the wild, predators. All of these (and others) cause fish to react in different ways depending on the type and amount of stress.

Fish have evolved and live in a relatively stable environment. Their stress responses are consequently better at handling short-term trouble and are not as well-suited to long-term environmental stressors. Unfortunately, both types of stress can cause problems.

For short-term stress, the most common reaction is one everybody recognizes — to flee from danger. In the wild, the cause is frequently a predator. In captivity, it can be a net that causes the reaction, as the keeper tries to capture a fish for closer examination or transfer to another tank.

When a fish senses this kind of danger, it triggers a short-term alarm reaction by releasing hormones, including adrenalin for its locomotory muscles. This will give it a shot of energy to escape quickly. The fish also releases cortisol. Problems occur because the fish’s body exchanges long-term health for a short-term boost to relieve the cause of stress — the adrenalin disturbs the fish’s natural osmoregulation (the balance of salt and water in its body) and the cortisol affects white blood cells and reduces the effectiveness of the immune system.

Once the panic has passed, the fish must also regain its natural balance. This can take hours or days, even after only a short period of stress.

Long-term changes, such as a poor or unsuitable environment, are handled with the same initial response – an alarm message to escape. However, if escape is impossible, the fish does not stop being stressed: it begins to adapt to the new environment as best it can.

At first, the fish’s body tends to overreact but, with time, it will adapt to reach the best possible balance – physiologically and behaviorally. Throughout the period of adaptation, the fish still prioritizes reacting to the new environment and remains stressed, so its immune system suffers and it is prone to disease. Adaptation normally lasts from four to six weeks.

However, if the fish continues to be in stressful conditions, such as a constantly deteriorating environment or endless bullying from aggressive tank mates, it continues to try to adapt and extends all the bodily responses as long as necessary. This reduces its chance of survival. In the worst possible situation, where adaptation to the new environment is impossible (such as putting marine fish in fresh water), the fish will exhaust itself fatally.

As a fish keeper, it is extremely important to consider the effects of stress. Planning ahead, careful control of the environment and management of the fish population are fundamental basics in fishkeeping. Less stress means less disease.