DRUGS APPROVED FOR USE IN CONVENTIONAL POULTRY PRODUCTION 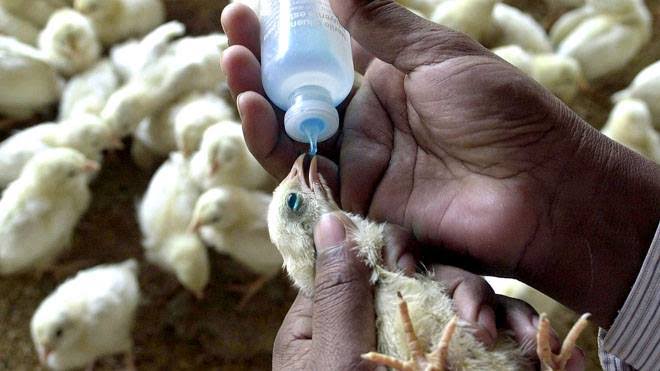 DRUGS APPROVED FOR USE IN CONVENTIONAL POULTRY PRODUCTION

Drugs may not be used in organic poultry production. However, organic producers may not withhold medical treatment from a sick animal in an effort to preserve its organic status. All appropriate medications must be used to restore an animal to health when methods acceptable to organic production fail. Livestock treated with a prohibited substance must be clearly identified and shall not be sold, labeled, or represented as organically produced.

Read also: How to maintain a healthy and hygienic Poultry farm

Concerns over the development of antibiotic resistance in human medicine have led to the development of new regulations controlling the use of antibiotics in animal feed. Veterinary Feed Directive (VFD) drugs are medically important antibiotics whose use is regulated. New guidelines for these drugs become effective on January 1, 2017. Some of these drugs have been used in poultry medicine.

How will these changes affect small-scale poultry producers? After the end of 2016, a veterinarian prescription will be required to get medicated feed as well as purchase what were over-the-counter drugs. Over-the-counter drugs that were previously available online or in feed stores will no longer be available without a VFD. The VFD must be issued by a licensed veterinarian and there must be a veterinarian-client relationship. Small-scale poultry producers need to develop a relationship with a veterinarian so if their birds get sick they can obtain the needed drugs.

Major classes of antibiotics include the following:

Aminoglycosides are derived from various species of Streptomyces bacteria. These antibiotics act by blocking the synthesis of proteins vital to bacterial growth. The aminoglycosides remain in the digestive tract so are effective in the treatment of enteric infections. Examples include gentamycin, neomycin, spectinomycin, and streptomycin.

Aminoglycosides are derived from various species of Streptomyces bacteria. These antibiotics act by blocking the synthesis of proteins vital to bacterial growth. The aminoglycosides remain in the digestive tract so are effective in the treatment of enteric infections. Examples include gentamycin, neomycin, spectinomycin, and streptomycin.

Bambermycins are derived from Streptomyces bambergiensis. These antibiotics act by inhibiting the synthesis of the bacterial cell wall. Examples include bambermycin and flavophospholipol, which are effective against gram-positive pathogenic bacteria and do not affect Lactobacillus, Bifidobacterium, and other protective bacteria.

Penicillins and cephalosporins are the two major types of beta-lactams.

Penicillins, the first antibiotics to be discovered, are produced by the mold Penicillium notatum. Penicillins are bacteriocidal, and they kill bacteria by inhibiting the formation of the bacterial cell wall. The wall breaks down, releasing the contents of the cell. Amoxicillin and ampicillin are examples of penicillins. Penicillins are effective in the treatment of sinusitis and chronic respiratory disease in poultry.

Structurally, cephalosporins are closely related to penicillins. This class of antibiotics is further divided into the first, second, and third generations. Each generation has a broader spectrum of activity than the one before. Like penicillin, cephalosporins interfere with the formation of bacterial cell walls. The Food and Drug Administration (FDA) issued an order on January 4, 2012, that prohibits certain extra-label uses of the cephalosporin class of antimicrobial drugs in cattle, swine, chickens, and turkeys. The order became effective on April 5, 2012. (The term extra-label refers to the use of a drug in a way that is not listed as an approved use on the label.)

In its order, the FDA prohibited extra-label or unapproved uses of cephalosporins, specifically including”

the use of cephalosporin drugs at unapproved dosage levels, frequencies, or durations or via unapproved methods of administration;

Glycopeptides act by interfering with cell-wall formation as well as the production of proteins. The only glycopeptide antibiotic available in the United States is the human product vancomycin (Vancocin). Vancomycin is often the treatment of last resort for methicillin-resistant Staphylococcus aureus (MRSA) infections in humans. The FDA Center for Veterinary Medicine (FDA-CVM) issued an order in 1997 prohibiting the extra-label use of all glycopeptides in food animals.

Ionophores are feed additives used in the control of coccidiosis, primarily when raising broilers, broiler breeders, and replacement pullets. Coccidiosis is a disease in poultry worldwide and is caused by a protozoan parasite (Eimeria) that invades the cells of poultry intestines. Ionophores are used primarily as an anti-microbial but can control some bacteria so is often grouped with antibiotics. Ionophores are not used in human medicine.

Ionophores are feed additives used in the control of coccidiosis, primarily when raising broilers, broiler breeders, and replacement pullets. Coccidiosis is a disease in poultry worldwide and is caused by a protozoan parasite (Eimeria) that invades the cells of poultry intestines. Ionophores are used primarily as an anti-microbial but can control some bacteria so is often grouped with antibiotics. Ionophores are not used in human medicine.

Lincosamides are structurally different from macrolides, but they have the same antimicrobial effect. Lincosamides are produced by Streptomyces lincolnensis. Lincomycin is a lincosamide that penetrates most tissues well, including bone. Lincomycin is effective against bone and joint infections, as well as necrotic enteritis caused by Clostridium perfringens.

Macrolides, which are derived from the Streptomyces bacteria, are bacteriostatic and act by interfering in protein production. An example is a tylosin, which is produced by Streptomyces fradiae. Tilmicosin is a semisynthetic macrolide. Macrolides are effective against Mycoplasma and Orhnithobacterium rhinotracheale and can be used to treat necrotic enteritis.

Baytril (enrofloxacin; This drug is not permitted for animal use in the United States.)

Streptogramins are produced by Streptomyces species and consist of two structurally unrelated molecules. One inhibits protein synthesis, and the other, cell-wall formation. Individually the molecules are bacteriostatic, but the combination of the molecules is bacteriocidal. The drug virginiamycin is a streptogramin that is effective against necrotic enteritis.

Sulfonamides are produced by chemical synthesis. They have bacteriostatic activity against a broad spectrum of pathogens. They interfere with RNA and DNA, which are necessary for cell growth and replication. Sulfonamides, such as trimethoprim, are effective against Staphylococcus species, Streptococcus species, Pasteurella, Salmonella, and E. coli.

Tetracyclines are derived from the bacteria Streptomyces. They are broad-spectrum bacteriostatic agents. Tetracyclines prevent bacteria from multiplying while the host animal’s immune system deals with the original infection. Examples include chlortetracycline (Aureomycin) and oxytetracycline (Terramycin). Doxycycline is a semisynthetic tetracycline. Tetracyclines are effective against Mycoplasma, Chlamydia, Pasteurella, Clostridium, Ornithobacterium rhinotracheale, and some protozoa.

NOTE: Brand names appearing in this article are examples only. No endorsement is intended, nor is criticism implied of similar products not mentioned.

Coccidiosis is a common parasitic disease of poultry. It is the result of an infestation of coccidia in the intestines. A number of different drugs, called coccidiostats, are available for use in conventional diets to control coccidiosis in poultry.

Coccidiostats that can be used in conventional poultry production include the following:

For more information about coccidiostats, refer to the article “Use of Anticoccidial Medications and Vaccines in Poultry Production.”

There are several types of parasitic worms that can infect poultry, including roundworm, tapeworm, cecal worms, and capillary worms. There are only a few products that can be added to conventional poultry feed to control internal parasites. No products are approved for use with egg-laying hens.

Acceptable products for worm control include the following:

For more information about intestinal worms, refer to the article “Internal Parasites of Poultry.”

Carbaryl-based medications (e.g., Sevin) Voluntarily withdrawn for use with poultry

For more information refer to the “Insect Control on Poultry” fact sheet by the University of Kentucky Cooperative Extension.

Darkling beetles are a common problem in poultry facilities. The adults are black with hardened front wings and antennae that start under a ridge near the eyes. The larvae (referred to as mealworms) are worm-like and slightly hardened for burrowing. Both the larvae and beetles eat decaying leaves, sticks, grass, dead insects, feces, and grains.

Brand-name products that can be used to control darkling beetles include the following: 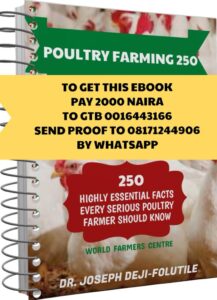