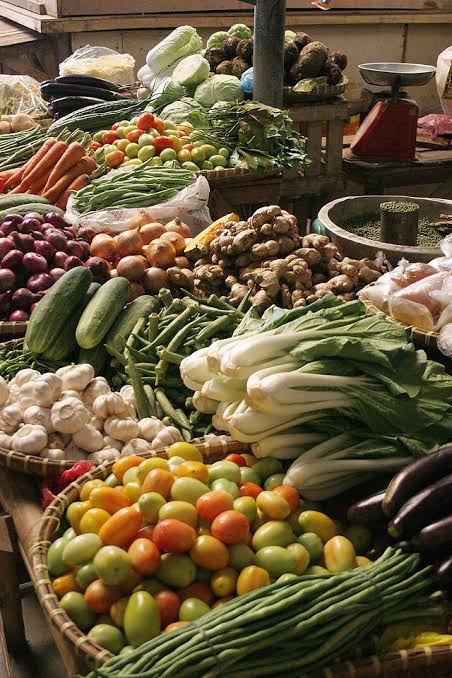 Fruit farming is one of the most important and long-standing traditions in India, having been done before the beginning of time. The cultivation of fruit crops has a significant impact on the overall well-being of humans and the state of the nation. The production of fruits and the consumption of fruits per capita in a country have a direct impact on the standard of life of its citizens. Fruit farming has more economic advantages than vegetable farming.

High levels of productivity: High yield per square metre of land: Fruit crops produce a higher yield per unit area of land than any other agronomic crop, regardless of the crop type. Fruit and vegetable yields are 10 to 15 times greater than those produced by conventional agronomic crops in the same area.

High net profit: Although the initial cost of establishing an orchard is considerable, this expense is offset by increased net profit as a result of higher production or a higher value for the products produced.

Efficient utilisation of resources: Fruit production allows for more efficient resource utilisation because it is a perennial crop, allowing growers to remain actively involved in farm operations throughout the year and to utilise all available resources and assets such as machinery, labour and land for production purposes throughout the year, as opposed to agronomic crops.

Production on formerly unused or barren land: Although most fruit crops require perennial irrigation and good soil for production, there are many hardy fruit crops such as mango, ber, cashew, custard apple, Aonla, Phalsa, Jamun, and other similar fruits that can be grown on poor shallow undulated soils that are considered unsuitable for growing grain or agronomic crops.

Source of Raw Material for the Agro-Based Industries: In the agro-based industry, fruit growing offers the raw materials for canning and preserving products, among other things (fresh fruits).

Efficient use of available resources: Agronomic crops are seasonal in nature, and as a result, farmers must engage in other occupations during lull seasons. Fruit growing, on the other hand, is perennial in nature, allowing the grower to remain engaged in farm operations throughout the year and to make full use of farm resources and assets, such as machinery, land, and water, for production purposes throughout the year.

Production from Waste and Barren Lands: Despite the fact that the majority of fruit crops require perennial and good soils for production, there are many fruit drops that are hardy in nature such as mango, ber, cashew, custard apple, phalsa, Jamun, and others that can be grown on poor, shallow, undulated soils that are considered unsuitable for growing grain or agronomic crops such as wheat or barley. On wastelands, traditional farming is unprofitable due to the lack of resources. Growing cashew and mango plantations on high slopes in Kankan, where even ragi or nachni cannot be planted, has provided additional retribution to the growers.

Ability to earn Foreign Exchange: Many fresh fruits and vegetables, as well as processed foods and spices, are shipped to many nations, generating a substantial quantity of foreign cash. A total of Rs. 2900 million was spent on agricultural exports, representing a 5% share of the total. Horticultural crops, which are primarily fruits and their byproducts, contribute Rs. 15460 million (52 percent of the total export of argil. Produce). The export of spices generates foreign exchange earnings of Rs. 277.4 cores for India.

One Time Capital Investment: The majority of fruit crops are perennial in nature, and as a result, there is no ongoing expense associated with the planting and layout of an orchard of fruits.

The Continual Flow of Funds: The harvesting of most fruits occurs continuously in nature, and because they are highly perishable, they must be sold as soon as they are harvested. In contrast to agronomic crops, which are harvested at the end of the growing season, this provides a source of the continual flow of inputs and for other expenses of an immediate nature.

Fruit growing in kitchen garden gardens helps to lower the amount of money spent by families on fruit purchases.

Tree planting contributes to the preservation of ecological balance and the growth of precipitation in the surrounding area. Fruit trees for such planting programmers generate income as well as a profit.

Create employment opportunities for people with a variety of skills.

Read also: How to cultivate pumpkin for sustainable income

The importance of fruits in the human diet is widely acknowledged. Man cannot subsist solely on cereal grains.

Consuming fruits and vegetables is crucial for a well-balanced diet and for maintaining excellent health.

Nutritionists are pro-nutrition. 60-85 g of fruits and 360 g of carbohydrates

In addition to cereals, pulses, eggs, and other staple foods, vegetables are consumed per capita per day.

Fruits and vegetables are excellent providers of vitamins and minerals, without which the human body would be unable to maintain optimal health and develop resistance to disease. They also contain pectin, cellulose, lipids, proteins, and other nutrients that are essential for human survival.

A high source of important vitamins and minerals, as well as high in fibre, fruits are an excellent food choice. Fruits also include a variety of antioxidants that are beneficial to one’s health, such as flavonoids. It has been shown that eating a diet rich in fruits and vegetables can lower a person’s chance of acquiring heart disease and cancer as well as inflammation and diabetes. The cultivation of fruit crops is critical to the economic well-being of any country’s population. It is generally agreed that the per capita production and consumption of fruits can be used to determine the overall standard of living of a population. Fruit crops have the ability to produce a higher tonnage of yield per unit area than other field crops, which makes them more profitable.