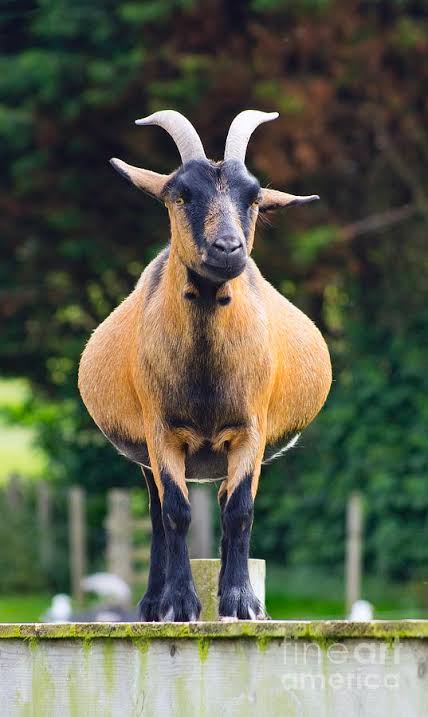 Goat pregnancy care is on our minds these days because it’s obvious that several of our Dwarf Nigerian does are pregnant. But, we carefully considered their maturity and needs during pregnancy before taking this step.

Basically, there are three stages of goat pregnancy care to consider:

At each of these stages, there is a preferred Body Condition Score [BCS] that should be maintained, specific feeding guidelines, and preventative vaccinations/health precautions that are recommended.

Before breeding, it’s typically recommended that first freshening does be at least 65% of their adult weight, that does BCS be at 2.5 to 3.0, that they are dewormed (if necessary), and that they receive a BoSe (Selenium + Vitamin E) shot if they’re located in areas of the country where Selenium deficiency is a problem.

For Nigerian Dwarf does, 75 lbs. is considered an average weight so first freshening does should be about 50 lbs. Often, the doelings born last spring are too small to breed in the fall, so we generally wait until later before breeding the first time.

Feeding a grain concentrate starting 2 weeks prior to breeding (and continuing for about two weeks after (referred to as flushing)) is suggested to get thin does body weight up (you want a BCS of 2.5 – 3.0); however, this wasn’t necessary in our case because the does we planned to breed were getting grain twice a day already (since we were still milking them).

Normal feeding at this stage should consist of pasture, hay (save your best hay for early lactation), and free choice goat mineral containing 16% calcium and 8 % phosphorus (it’s important to maintain the calcium to phosphorus ratio at 2:1 to make sure they’re getting enough calcium). If milking, a grain ration should also be fed twice daily.

It’s also beneficial to deworm a couple of weeks prior to breeding if analysis indicates it’s needed – growing kids are enough work, the does don’t need to be dealing with a heavy worm infestation too. We deworm with Ivomec 1% injectable approximately 2 weeks prior to breeding. We also give each doe a BoSe injection prior to breeding since our area of the country is Selenium deficient (the vitamin E helps them absorb the selenium so it can be used).

EARLY GESTATION (UP UNTIL LAST 6 WEEKS PRIOR TO KIDDING)

The average miniature goat gestation period is 145 days and the first 3 ½ months are considered the early gestation period. During this time, the embryo(s) grow slowly, and there are usually few observable changes in a doe. BCS should be maintained at 2.5 – 3.0, and it’s important not to stress the doe.

If stressed, a doe at this stage is capable of reabsorbing the embryo – obviously not a desirable outcome. Feeding should consist of medium quality hay, good pasture, and free choice goat mineral – they don’t need grain at this stage if they’re not being milked.

Since we were milking, ours got grain twice daily but we slowly decreased this to a very small portion once daily as we dried them off (quit milking). It’s recommended that goats in milk be dried off at least two months before kidding. The small grain portion encourages them onto the goat stanchion for a checkup and a little grooming each day.

Drugs should not be given to goats during the first 25 – 30 days of pregnancy, the fetal cells divide rapidly during this period and introducing drugs at this time can cause birth defects.

During the last 6 weeks, kid fetal growth increases exponentially, so nutrition should increase to bring the BCS up to 3.5 – 4.0. To do this, feed should consist of pasture, medium to good hay (orchard grass + legume), free-choice mineral, and a grain concentrate gradually needs to be added.

For the grain concentrate, a 15% protein goat pellet is recommended and at this point, the doe needs to start eating for at least two (herself plus however many kids). Exactly how much grain concentrate and how quickly to increase the ration needs to be tailored to each doe – does feeding multiples need more concentrate, but the kids shouldn’t get too big or kidding will be difficult.

It’s also important during this period to watch the goats daily, if their BCS isn’t adequate they can go into ketosis, pregnancy toxemia, or hypocalcemia quickly. For these conditions, having molasses and propylene glycol on hand is critical, but a Vet will also likely be necessary.

At four weeks prior to kidding, it’s recommended that the does be vaccinated with CD&T, given BoSe (in areas with Selenium deficiency), and some breeders vaccinate or treat to prevent abortions. The CD&T vaccination ensures that the kids will have tetanus immunity (through the colostrum they receive after birth) and the BoSe prevents white muscle disease in kids. Vaccinating or treating to prevent abortions is dependent on the condition causing the abortions and needs to be coordinated with a veterinarian.

At one week prior to kidding, it’s often recommended that the does be de-wormed again. Worm loads tend to increase rapidly in does just prior to kidding, so deworming just before kidding can minimize parasite problems for both the does and kids.

The prospect of having milk and cute little kids bouncing around again this spring is very exciting, but also a little scary. Our does have become much more than just sources of brush control and milk – they’ve become loved pets. And since we don’t want them to suffer any harm, we’ll try to provide the best goat pregnancy care we know through the various stages of their pregnancies.