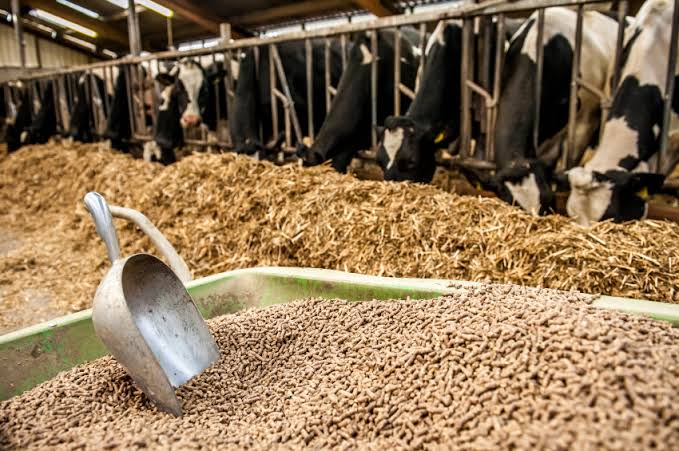 How much feed does a beef cow need to get through the winter? Probably less than you think, says Mary Drewnoski, University of Nebraska-Lincoln Extension beef specialist. Here are her 10 tips.

The big differences are between mid-gestation and late-gestation. “In mid-gestation the calf is not growing much, so the needs are considerably less,” says Drewnoski. “Then they pick up in late gestation. And, lots of people miss the higher nutritional needs of early lactation. Don’t fudge then if you want cows to rebreed.”

Not all brome hay is the same,” she says. “You can guess at its feeding value, but why guess? Spend the $20 to get it tested at a lab. Extension offices can tell you how to do it, and they even have hay probes you can borrow for collecting samples.”

Nebraska has an online tool called the Feed Cost Cow-Q-Lator. You can enter numbers for the hay you are considering, and it will give you the best value hay, not just the lowest cost hay. “If you price it based on its crude protein and total digestible nutrients (TDN), you ensure you’re getting the best deal,” says Drewnoski. “Frankly, this is one area where people waste a lot of money.”

It’s still one of the best ways to reduce winter feed costs. For spring-calving cows, mid-gestation comes when corn stalks are usually available. “We did the research here in Nebraska for five years,” says Drewnoski. “Cows that got supplemental feed while they were grazing corn stalks and cows that didn’t get supplement performed the same for calving performance and rebreeding. They may need supplemental vitamins and minerals, but they can get all the protein and TDN they need.”

Grazing is an important distinction, she adds. When cows graze, they selectively eat leaves and husks, the best parts of corn residue. Baled stalks don’t give them that choice.

6. GRAZE ACCORDING TO CORN YIELD.

Generally, the higher the yield, the more carrying capacity of stalks. “200-bushel corn will provide twice as much grazing as 100-bushel corn,” Drewnoski says. She adds that when cows are grazing a stalk field, she keeps an eye on the corn husks. When they’re gone, it’s time to move. Don’t bother counting corn cobs. Most cows don’t like them anyway.

If your cows spend the winter in confined spaces, you can be even more stingy with their feed. “We often find that confined cows need less feed than we calculated,” says Drewnoski. “We suspect that their inactivity in confinement further reduces their energy needs, and we fail to take that into account.”

If you bale corn stalks after harvest for cow feed, you can add significantly to its protein and TDN by ammoniating it with anhydrous ammonia. Cover the stalk bales with a tarp, then inject the gas to permeate the bales. Drewnoski says ammoniated corn stalks are about equal to good quality grass hay with this method. Crude protein can be bumped up to 9%, and TDN to 55%.

It costs about $25 per ton to ammoniate corn stalk bales, says Drewnoski. Interestingly, she adds, cows seem to like ammoniated corn cobs. (Full instructions for ammoniating corn stalks are available in a Nebraska Extension bulletin.

Cows fed dried distillers’ grains on the ground waste up to 40% of it. But in a bunk, it’s usually about 5% waste. “Bunk feeding always makes sense if you can do it,” Drewnoski says.

In almost all cow-calf business records comparisons, the most profitable farms are the ones with the lowest costs per cow, she summarizes. “Ask yourself, ‘Where are my competitive advantages?’ Then, make your system fit your resources. And don’t be afraid to try something new or different.”

THE NUMBERS BEHIND SUPPLEMENTING BEEF COWS WITH DISTILLERS’ GRAINS

Drewnoski is an advocate for using distiller’s grains to economically feed beef cows in the winter months. But exactly how you do that can make a difference in costs. Here’s how she talks you through the choices, and comes to her preference.

“Feeding free-choice forage and providing supplemental energy or protein is not always the lowest cost way to feed a beef cow. It may be when forage is cheap, but forage is not always cheap. Right now it is quite expensive.

“Thus, making a nutrient dense diet that has 40% to 50% distillers’ with the remaining being residue, and feeding a limited amount that meets a cow’s needs, is cheaper than maximizing her intake of residue and using the distillers’ to supplement any extra protein and energy she needs. This approach is often the one I see producers start with. But once you do the math, limit-feeding a high distillers’ diet is cheaper.

“For instance, a mid-gestation cow could be fed free-choice corn residue (or CRP hay) and supplemented with distillers’. Right now low-quality hay/corn residue bales are going for $60 per ton and modified distillers’ is around $75 per ton. So free choice, she would eat 24 pounds dry matter of residue or hay, but would need 1.8 pounds of distillers’ (DM) to meet her energy/protein requirement. That would be at a total feed cost of $0.86 per day.