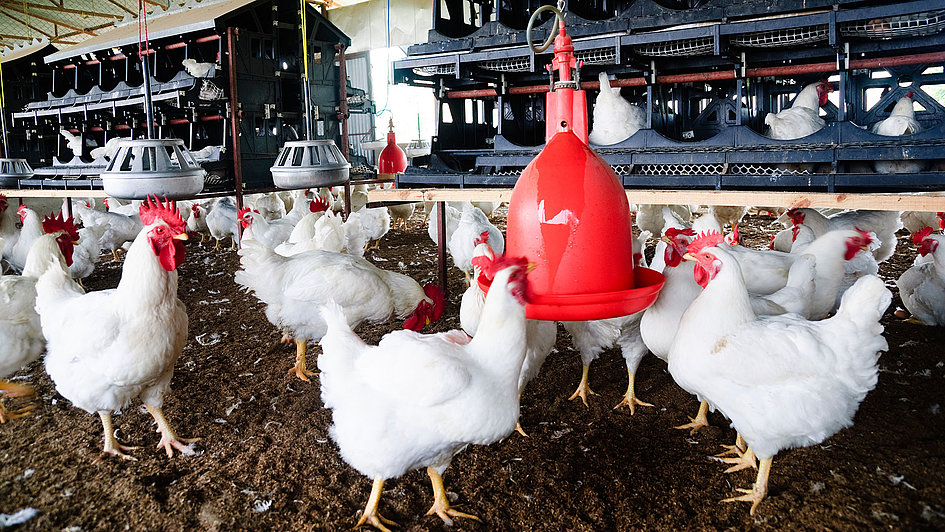 Although most producers are aware of the most common mycotoxins, many underestimate the potential impacts of mycotoxins on their flocks. From sampling errors to emerging mycotoxins to subclinical effects, here are some reasons that flocks might be at greater risk than you think.

Advances in genetics over the last few decades have increased production efficiency in both broilers and layers, making poultry the most efficient source of farm animal protein. However, although genetic improvements have led to higher protein yields per bird, other challenges have become much more impactful. One of these challenges are mycotoxins.

Mycotoxins have the potential to have an outsized impact on a flock. Fortunately, most stakeholders in the poultry chain are aware of mycotoxins’ potential negative effects on production, immunity and gut health status in poultry, but the impact of mycotoxins in poultry houses is often underestimated.

Why Mycotoxins are Underestimated

An example of a realistic outcome comes from the recent data of Kolawole et al. (2020). In his long-term evaluation (18 successive trials) of a commercial farm, it was shown that natural contamination with levels below the EU recommendations for mycotoxins has a significant impact of 2.5 points in FCR (Figure 4), confirming the synergistic effects of the mycotoxins (fumonisins, zearalenone, DON and Diacetoxyscirpenol (DAS)) and the decreased broiler performance in commercial conditions.

Particularly in the group of trichothecenes A, T-2 but also HT-2, are prevalent. Both have an even higher intrinsic toxicity than trichothecenes B, but are often not included in tests (especially HT-2).

In samples with high moisture content, mycotoxin concentrations are lower because they are diluted and therefore need to be recalculated to represent the percentage of moisture content of the finished feed which is fed (e.g. 88% dry matter).

Very sensitive multi-mycotoxin analysis methods such as Spectrum Top®50 and Spectrum 380®, both based on LC-MS/MS, help to increase our knowledge of the occurrence of various mycotoxins in feed ingredients or final feed for poultry. They are also a valuable tool available for customers to get a comprehensive overview on the mycotoxin load in their feed samples.

Although significant advances in efficiency and disease management and prevention have been made in poultry production, in genetically high productive flocks there is still room for improvement in managing subclinical risks. Most stakeholders in the poultry chain know that mycotoxins can impair the production and health status of flocks. Still, subclinical appearance of mycotoxin contamination, challenges of proper testing and difficulty interpreting laboratory results often lead to underestimation of the impact of mycotoxins, and acute, subclinical and impactful production and health events in poultry are not always correctly linked to mycotoxins as a root cause.

Considering potential reasons that the negative impact of mycotoxins are frequently underestimated, will enable the poultry chain to reach birds’ real genetic potential. Improvement of production efficiency and health status also contributes to increased sustainability in poultry production. This makes the poultry chain an even more important and sustainable, high quality, protein source to feed the world.