An alternate option for Maize in Poultry Feed 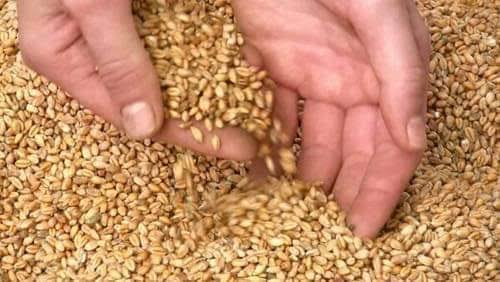 An alternate option for Maize in Poultry Feed

The growing world food crisis has presented a challenge to poultry nutritionists, especially in India, to investigate the possibilities of utilizing other potential energy feed sources as a replacement for maize grain. The major portion of the crop is now diverted for purposes such as biofuel, brewery and starch industries, apart from its growing spate in human consumption. Maize of course, is the major feed ingredient in broiler diet with the inclusion level of around 60% in the total diet. In India, because of only a marginal increase in maize production coupled with poor production per hectare, has widened the supply and demand gap which has put lot of pressure on maize price during most of the year. Because of this, it has become quite essential to identify and evaluate less expensive, readily and locally available energy sources for poultry feeding in the place of maize.

One of the energy sources available for replacing maize in poultry ration is Bajra (Pearl millet). Pearl millet one of the most drought-tolerant of all domesticated cereals, is grown widely in tropical regions of Africa and Asia. India is the largest pearl millet producer in the world. It can be grown under seasonal rainfall as low as 200-250 mm, making it only reliable productive cereal in driest rain fed regions of the arid and semi-arid tropics. The important dry land crop provides both grain as well as fodder. Bajra grain contain 12 % C.P. and 3240 kcal M.E. and resembles maize ( 9% CP and 3330 kcal ME) in most of the qualities. It can be included upto 30% in chick ration and upto 60% in grower and layer ration. Thus, Bajra may provide major replacement of maize in poultry feed because of the striking similarities in nutrient composition of these two types of grains.

Bajra crop is well adapted to production systems characterized by low rainfall, low soil fertility and high temperature, thus can be grown in areas where other cereal crops like wheat or maize would not survive. Bajra protein offers the added advantage of having more lysine, methionine and tryptophan content than other food grains. Comparatively, it has also the lower fat producing ability within the animal system. The grain also supplies more thiamin and iron.

The productivity of the crops like Bajra is much lower due to various reasons such as non-availability of quality inputs to the farmers, lack of access to improved varieties of seed and other technologies, unavailability of credit on time, poor storage facilities and poor market linkage etc. There is no doubt, a large potential for using pearl millet as alternate to maize in poultry feed. It is important to propagate the good nutritive as well as other attributes of pearl millet among poultry producers and feed manufacturers to promote this as an alternate to maize.

Pearl millet has been shown to be a suitable feed ingredient for poultry diets, and whole seeds can be fed to poultry. Its seed is higher in methionine than maize, alleviating some of the need for synthetic methionine supplementation in organic poultry diets. Feeding ground pearl millet to laying hens results eggs higher in omega-3-fatty acids and lower in omega-6-fatty acid than eggs from hens receiving a corn based diets.

Although pearl millet can be grown in areas not favorable to corn, and the grain can be used in poultry diets, but the production of pearl millet has been limited due to its susceptibility to rust disease. Rust resistant hybrid of pearl millet has been developed so as to alleviate this concern. Thus, the grain in poultry feeds is a good alternative to maize for broilers and layers. When pearl millet replaced maize part per par isocalorically and isoproteinically, the performance of chicks was either comparable or even better than those on of maize based diet. Pearl millet was included at 60% part per part or isocalorically and isoproteinically at the expense of maize, the performance of layers was comparable. The protein content of pearl millet, although variable, but higher and essential amino acid profile is more balanced than corn. It has higher oil content than other common cereal grains and is a better source of linolenic acid. Based on the performance of broilers and laying hens fed pearl millet, it appears that pearl millet is equivalent or sometimes even superior to corn as a grain source for poultry rations. Moreover, the crop matures quickly, which it make potentially an ideal component of traditional double cropping and rotational cropping system.

Pearl millet grain does not have many of the anti-nutritional factors than other alternative grains do. As compared with Rye and Sorghum, pearl millet is low in tannins. It does not appear to need to be heat treated to destroy any protease inhibitor or other harmful factors. However, the grain contains saponins, which are known to damage the lining of the digestive tract. The pearl millet grown in the United states appears to be resistant to aspergillus flavus infection, reducing concern about mycotoxins. However, the grain is susceptible to fusarium fungi, but the level of fusarium toxins is usually low.

Bajra is also used as fodder for livestock. The crop is cultivated in India approximate on 900000 hectares yielding 20-35 tonne of green fodder per hectare. It is generally grown for taking the grains not as fodder. After removing grains, its stalks are seldom used for feeding the animals as fodder crop in the country. Whenever it is grown as a fodder crop, it is harvested before flowering stage for feeding the animals. It is a quick growing, disease resistant, high tillering fodder crop, suitable for sowing in arid and semi-arid regions which can be sown early in spring under irrigated conditions and in kharif under rainfed condition. However, it is not suitable under high rainfall areas. It does well even on light soils. It is sown alone or mixture with guar or cow pea. The crop is cultivated in a similar manner as jowar and maize; and contains 22% dry matter, 13% TDN and 0.9% DCP. Hybrid-Bajra-1 has been developed by GADVASU scientist in Ludhiana, which is disease resistant and can be grown in all types of soil and climate condition.

The first cutting should be done after 50-80 days, after sowing and subsequent cutting after 35-40 days. For good regrowth, the cutting height should be 15 cm from the ground. The yield depends upon the varieties, but the average green yield may be 400-600 q/hectare.