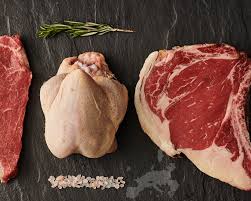 Before poultry meat quality is addressed, the term quality should be clearly defined as it relates to poultry. This is a difficult task because quality is ‘in the eye of the beholder’. For example, someone trying to sell a product might view its quality in terms of how well it sells and how much people are willing to pay for it. However, this definition is incomplete because it does not consider the product’s character.

Since people only buy what they like, the consumer’s perspective of quality is more appropriate. When consumers buy a poultry product, cook and serve it to their families, they expect it to look, taste and feel good in their mouth. If these characteristics do not meet the consumer’s expectation, the product is considered to be of lower quality.

Whether or not a poultry product meets the consumer’s expectations depends upon the conditions surrounding various stages in the bird’s development from the fertilized egg through production and processing to consumption. Although there are a number of characteristics that determine the overall quality of meat (Figure 1), the following discussion will focus only on appearance, texture and flavour.

Colour of cooked or raw poultry meat is important because consumers associate it with the product’s freshness, and they decide whether or not to buy the product based on their opinion of its attractiveness.

Poultry is unique because it is sold with and without its skin. In addition, it is the only species know to have muscles that are dramatic extremes in colour (white and dark meat). Breast meat is expected to have a pale pink colour when it is raw, while thigh and leg meat are expected to be dark red when raw.

There are times when poultry meat does not have the expected colour, and this has created some special problems for the poultry industry.

Discoloration of poultry can be related to the amount of these pigments that are present in the meat, the chemical state of the pigments, or the way in which light is reflected off of the meat. The discoloration can occur in an entire muscle, or it can be limited to a specific area, such as a bruise or a broken blood vessel. When an entire muscle is discolored, it is frequently the breast muscle. This occurs because breast muscle accounts for a large portion of the live weight (about 5 per cent), it is more sensitive to factors that contribute to discoloration, and the already light appearance makes small changes in colour more noticeable.

Extreme environmental temperatures or stress due to live handling before processing can cause broiler and turkey breast meat to be discolored. The extent of the discoloration is related to each bird’s individual response to the conditions.

Another major cause of poultry meat discoloration is bruising. Approximately 29 per cent of all carcasses processed in the United States are downgraded (reduced quality), and the majority of these defects (28 per cent) are from bruises.

The poultry industry generally tries to identify where (field or plant), how, and when the injuries occur but this is often difficult to determine. The colour of the bruise, the amount of ‘blood’ present, and the extent of the ‘blood clot’ formation in the affected area are good indicators of the age of the injury and may give some clues as to its origin. A bruise will vary in appearance from a fresh, ‘bloody’ red colour with no clotting minutes after the injury to a normal flesh colour 120 hours later.

The amount of ‘blood’ present and the extent of clot formation are useful in distinguishing if the injury occurred during catching/transportation or during processing. Injuries that occur in the field are usually magnified by processing plant equipment or handling conditions in the plant.

After consumers buy a poultry product, they relate the quality of that product to its texture and flavour when they are eating it. Whether or not poultry meat is tender depends upon the rate and extent of the chemical and physical changes occurring in the muscle as it becomes meat. When an animal dies, blood stops circulating, and there is no new supply of oxygen or nutrients to the muscles. Without oxygen and nutrients, muscles run out of energy, and they contract and become stiff. This stiffening is called rigor mortis. Eventually, muscles become soft again, which means that they are tender when cooked.

Anything that interferes with the formation of rigor mortis, or the softening process that follows it, will affect meat tenderness. For example, birds that struggle before or during slaughter cause their muscles to run out of energy quicker, and rigor mortis forms much faster than normal. The texture of these muscles tends to be tough because energy was reduced in the live bird. A similar pattern occurs when birds are exposed to environmental stress (hot or cold temperatures) before slaughter. High pre-slaughter stunning, high scalding temperatures, longer scalding times and machine picking can also cause poultry meat to be tough.

Tenderness of portioned or boneless cuts of poultry is influenced by the time post-mortem of the deboning. Muscles that are deboned during early postmortem still have energy available for contraction. When these muscles are removed from the carcass, they contract and become tough.

To avoid this toughening, meat is usually ‘aged’ for 6 to 24 hours before deboning. However, this is costly for the processor.

The poultry industry has recently started using post-slaughter electrical stimulation immediately after death to hasten rigor development of carcasses and reduce ‘aging’ time before deboning. This is different from energy depletion in the live bird, which causes meat to be tough. When electricity is applied to the dead bird, the treatment acts like a nerve impulse, and causes the muscle to contract, use up energy and enter rigor mortis at a faster rate.

In the live bird, the same treatment causes meat to be tough but after death, the treatment causes tender deboned poultry meat within two hours post-mortem instead of the four to six hours required with normal aging.

Although electrical stimulation is still in the developmental stages, it seems that processors using it can debone carcasses right out of the chiller and save on their equipment costs, time, space and energy requirements.

Flavour is another quality attribute that consumers use to determine the acceptability of poultry meat. Both taste and odour contribute to the flavour of poultry, and it is generally difficult to distinguish between the two during consumption.

When poultry is cooked, flavour develops from sugar and amino acid interactions, lipid and thermal oxidation and thiamin degradation. These chemical changes are not unique to poultry but the lipids and fats in poultry are unique and combine with odour to account for the characteristic ‘poultry’ flavour.

Age of the bird at slaughter (young or mature birds) affect the flavour of the meat. Minor effects on meat flavour are related to bird strain, diet, environmental conditions (litter, ventilation, etc.), scalding temperatures, chilling, product packaging and storage. However, these effects are too small for consumers to notice.

The most important aspect of poultry meat is its eating quality – the state of the animal at slaughter. Poultry processing affects meat quality by establishing the chemistry of the muscle constituents and their interactions within the muscle structure. The producer, processor, retailer and consumer all have specific expectations for the quality attributes of poultry  but the ultimate authority will always be the consumer.