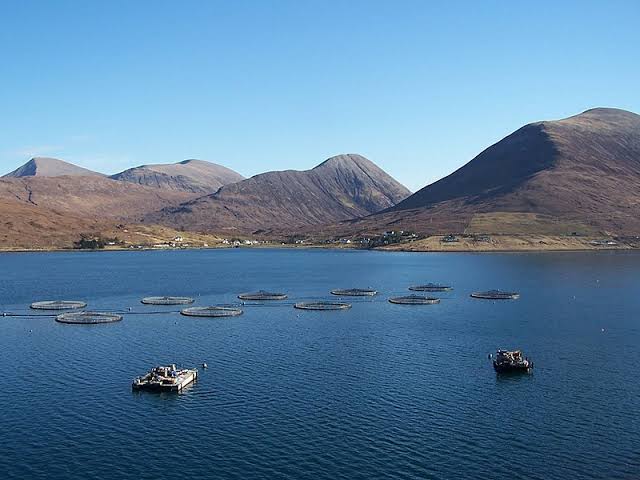 For four decades, aquaculture has been the fastest growing animal production sector worldwide and its importance to secure future global food security is well recognised. Fish promote human health and their production has the potential to become highly sustainable. Consumers, in particular in northern Europe, have become more and more critical about fish quality, fish welfare, and the negative effects of the aquaculture production sector on the environment. In the last decade, welfare aspects such as the impacts of chronic stress have gained interest.

A primary concern for a healthy product and a sustainable production process are infectious diseases, which – both directly and indirectly – account for losses of up to 30 percent of the total aquaculture production worldwide. Compared to the husbandry of poultry, pigs and cattle, there are only a limited number of practical, cost-effective and approved therapeutic methods for effective disease treatment in aquaculture. As a result the potential spread of diseases from aquaculture sites and the negative effects of commonly used chemical products which could end up in the environment are a real concern with respect to wild fish populations. Subsequently, disease prevention is one of the most critical elements for successful aquaculture production.

Effective preventive measures applied at the farm level include the use of probiotics (using beneficial living bacteria as feed ingredients or in the culture water), biosecurity measures and, for a limited number of diseases, vaccination. On a national level, monitoring for potential pathogens in a disease surveillance and control system are ongoing.

The actual development and the risk of a disease outbreak is the result of a complex interaction between the host, the environment and the pathogens.

As a consequence, effectively reducing the risk of disease outbreak requires stress reduction in an integrated, multidisciplinary approach at all levels of the production cycle as, during production, fish are subjected to a range of different husbandry practices that may cause chronic stress to the animals – resulting in increased glucocorticoid levels, which render the fish more susceptible to disease. Stressors include, but are not limited to, stocking density, water quality, system design and handling processes such as grading, sampling and transportation.

In such stressful situations, fish launch an endocrine stress response. Catecholamines are released within seconds and glucocorticoids (in particular cortisol or corticosterone depending on the species) within minutes into the plasma. Glucocorticoids are widely used and accepted as biomarker for stress quantification across vertebrates, as they mediate a redistribution of energy in order to restore pre-stress conditions. However, failure to regain homeostasis inevitably leads to chronic stress, making the individual prone to the detrimental effects of glucocorticoid mediated actions (ie decreased growth, decreased reproduction, immune suppression, increased mortality). These detrimental effects from long-term cortisol release are acknowledged across vertebrates. In teleost fish it is also shown that exogenous glucocorticoids in the water trigger similar effects when taken up through the gills or the intestine. As such, fish performance and welfare are affected throughout the life cycle.

So, stress – in particular chronic stress – cannot be ignored when striving for sustainable production. As a result, monitoring and subsequent mitigation of chronic stress levels in order to prevent fish becoming more susceptible to disease will become pivotal for the sector in the years to come.

The success of sustainable aquaculture development is also highly dependent on closing the reproductive cycle of fish. Critical stages vary per species but generally include broodstock maturation, first feeding of larvae, controlled juvenile rearing and a predictable grow-out production. Understanding and optimising the stress response by quantification of the stress level at all stages in the production cycle will support disease prevention and improve production performance and efficiency.

Consequently it is important to recognise that periods of increased stress levels (and sub-clinical disease challenge) in the early life stages of fish affect life-long productivity, as the best conditions for broodstock maturation will result in high quality eggs and stronger larvae, subsequently reducing larval mortalities, resulting in stronger juveniles and healthier fish for the consumer.

Read also: Fertilizing fish pond : when and why to fertilize it

A variety of potential stressfull stimuli will always be present in aquaculture production. However, preventing chronic stress in commonly encountered aquaculture practices and optimising the stress resilience of the fish to these practices are of utmost importance to make aquaculture more sustainable.

Monitoring chronic stress throughout the different stages of the production cycle – using a single egg, a single larva or fish scales in juvenile and adult fish – is of importance to various sectors in the aquaculture industry. These include, but are not limited to, the production of feed (testing and optimisation of levels and time point of administration of feed constituents), testing and optimisation of probiotics and vaccines, optimisation of aquaculture practices, prevention of disease, reproduction and larval rearing. Furthermore, healthy products produced in a chronic stress-free environment score high for fish welfare in certification standards.