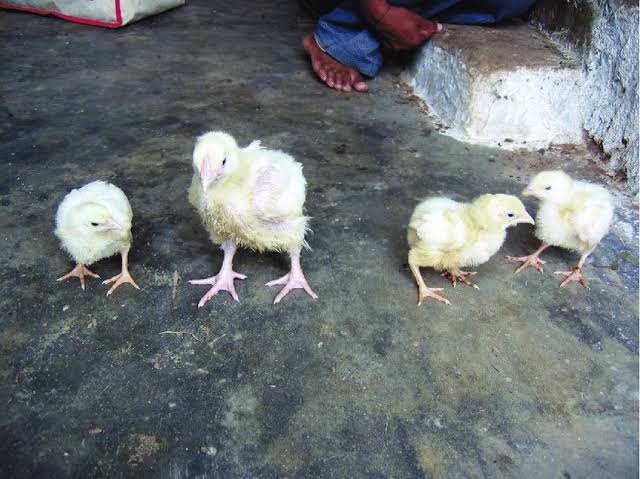 You might have heard the term “slower growing” chicken pop up in the news or maybe you saw it on a chicken package at the grocery store. The term is becoming more common, especially as several food companies and restaurants have recently announced that they will only source slower growing broiler chicken (chicken raised for meat) over the next several years.

Read also: 9 reasons you have poor and stunted growth in broiler chickens

Although two weeks doesn’t seem like that much extra time, it’s important to remember that chickens require resources – specifically land, feed and water. When a chicken spends two extra weeks on the farm, that translates to the chicken requiring and consuming more resources. All of these variables impact our environment, economy (as in, how much chicken meat costs at the store) and even the overall health of the birds.

How are slower growing chickens different from a standard, conventionally bred broiler chicken?

Today’s broiler chickens are bred to be bigger and grow faster than in years past.

Why have chickens been bred to grow faster? Most of the chicken available in the stores today comes from flocks that grow to market weight in about 48 days on average, using fewer natural resources – therefore they are grown more sustainably. Compared to 25 years ago, today’s chickens now require seven percent less feed per pound to grow. Considering our national broiler flock eats about 57 million tons of feed per year – that is a lot of resources saved. Additionally, each broiler chicken feeds 4X as many people as one did 60 years ago.

Why are there producers and restaurants committing to slower grower chicken? Is it better than conventionally raised broiler chickens?

Even though conventionally raised broiler chickens do grow faster, extensive research and data affirms that conventionally bred broiler chickens are as healthy as they ever have been in terms of livability, disease, condemnation, digestive and leg health. For example, all of these improvements have led to a drop in chicken on-farm mortality rates by 450 percent, compared to only several decades ago.

Although the latest research confirms that conventionally raised broiler chickens are the healthiest they have ever been, the chicken industry still calls for more research on the health impact of chickens’ growth rates, to ensure that the future of bird health and welfare is grounded in scientific, data-backed research.

Learn more about the difference between faster and slower growing chicken.

What are the impacts of slower growing chicken?

When chickens grow slower, then they are on the farm longer. That means less chickens are produced (so chicken meat will cost more), farmers will have to utilize more energy and resources, and chickens will be more susceptible to disease or death before reaching market weight. Here’s an overview of the three major impacts of slower growing chicken:

1. How Slower Growing Chickens Will Impact the Environment

Even if only one-third of broiler chicken producers switched to a slower growing breed, nearly 1.5 billion more birds would be needed annually to produce the same amount of meat currently produced.

Any type of agriculture – whether it’s chicken farming or growing strawberries – impacts the environment. The longer it takes for something to grow results in more resources used, which leaves a bigger impact on the environment.

Even if only one-third of broiler chicken producers switched to a slower growing breed, nearly 1.5 billion more birds would be needed annually to produce the same amount of meat currently produced.

That would require a huge increase in water, land and fuel consumption:

Additional water needed: 5.1 billion additional gallons of water per year for the chickens to drink (excluding additional irrigation water that would be required to grow the additional feed).

Additional manure output: Slower growing chickens will also stay on the farm longer, producing 28.5 billion additional pounds of manure annually. That’s enough litter to create a pile on a football field that is 27 times higher than a typical NFL stadium.

Americans buy more chicken than any other meat – that’s because it is delicious, versatile, nutritious and extremely affordable. That affordability may be significantly impacted by a shift to slower growing chicken.

If the chicken industry did not produce the additional 1.5 billion birds to meet current demand, it would reduce the supply of chicken significantly, increase the farmer expenses and in turn, increase the price of chicken.

27.5 billion less chicken meals would not be produced per year, which would mean less food for 64 million people, or roughly the combined population of California and Texas.

The cost to raise these birds to market weight would reach $9 billion, which will have to be passed on to the retailer and you, the consumer.

3. How Slower Growing Chicken Will Impact the Birds

The longer flocks are kept on the farm, the more susceptible they are to disease and death on the farm.

Even considering mortality rates equal between conventional and slow-growing breeds, the study found that 72.4 million chickens would die on the farm before reaching market weight.

What does this mean for you and your family?

Whether you decide to buy conventionally raised chicken, slower growing breeds, raised without antibiotics or organic chicken – you have the ability to choose products that take into account many factors, including taste preference, personal values and affordability.

Although slower growing chickens have a more significant impact on the environment, the economy and the birds, themselves – the chicken industry has evolved its products to meet ever-changing consumer preferences. Adapting and offering consumers more choices of what they want to eat has been the main catalyst of success for chicken producers.

What that all means is that if consumers are asking for slower growing chickens and are willing to pay for those products, chicken producers will step up and respond to that demand.