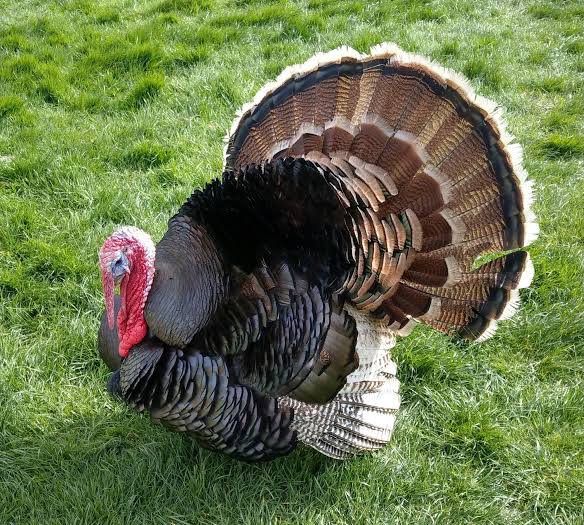 Feedinfo spoke to Dawn Overby, Danisco Animal Nutrition’s global segment manager for animal health about the company’s multi-strain probiotic Enviva® PRO.
Turkey production might be a relatively small segment of the overall global poultry market, but for Danisco Animal Nutrition & Health (IFF) it is one not to be neglected. The company is currently focusing on opportunities to improve bird health and performance using its multi-strain probiotic, Enviva PRO. Originally developed for use in broiler and layer production, Enviva PRO’s blend of three Bacillus probiotic strains has been proven to improve feed conversion ratios, reduce growth of healthchallenging bacteria and balance gut and immune function in turkeys as well. Dawn Overby explains how it works and how it supports the company’s dedication to turkey production worldwide.

[Feedinfo] Tell us about the history of Enviva PRO. When did the product first launch in broilers/layers? Where is it being used in turkeys?

[Dawn Overby] Danisco Animal Nutrition (IFF) started investing in microbial-based products for animal nutrition through an acquisition in 2008. This gave us a library of strains which were used to make customized products according to our gut sampling service. We continued to use this business model in the US for poultry – including turkeys – and it developed into our customized Enviva CSI gut health solution, a product that remains an important part of our portfolio today. It was then a question of using our extensive gut analysis to determine the best probiotic blend for the international poultry market, a strategy that led to the successful launch of Enviva PRO. Today it is used in over 50 countries around the world and we are awaiting final EC authorization of the product following the positive EFSA approval this May to extend its use in turkeys to the EU later this year.

[Feedinfo] Give us an overview of Danisco’s ambitions in the turkey market. How big do you estimate the market to be? How important is Europe when it comes to global production of turkey?[

Dawn Overby] We consider turkeys to be an important subspecies of poultry, with unique needs compared to broilers or layers, and this understanding is reflected in our approach to the market. According to FAOSTAT, over 5.3 million tons of turkey meat was processed globally in 2019, compared to 133m for poultry, but we view turkeys as an exciting opportunity regardless of the difference in scale. The key is to align our ambitions with the dynamics of the market, knowing that the US is the top turkeyproducing country, while within Europe — currently ranked as the second largest market — Germany, France, Poland, Italy and Spain make up 90% of the region’s overall output.

[Feedinfo] What are the advantages of using Enviva® PRO in turkeys? How does the product work?

[Dawn Overby] The first 21 days post-hatch are a critical time for gut development in turkeys, so it is important to establish a good microbiota as soon as possible to give the birds a strong start in life. Enviva PRO drives the natural maturation by promoting a positive microbiota and guarding against colonization by non-beneficial bacteria – leading to positive outcomes in terms of flock performance and livability. Enviva PRO is a three strain Bacillus probiotic isolated from poultry and their environment, of which two are actually from turkey litter. All were carefully selected for their ability to show significant growth reduction across diverse Clostridium perfringens and E. coli isolated from poultry — both key challenges for turkeys. It also contributes to a favorable nutribiotic state by balancing nutrition,microbiome and gut and immune function, enabling the bird to focus on growth.

[Feedinfo] What kinds of research have you carried out demonstrating the efficacy of Enviva PRO? And how does this differ when the product is in applied in turkeys rather than in broilers?

[Dawn Overby} Enviva PRO has been the subject of extensive research in over 40 studies, resulting in at least 38 technical reports focused on performance outcomes in broilers. A number of trials carried out in the EU, for example, show improvements in feed conversion ratio of up to 3.3% and weight gain of 3.8%. Importantly, our studies with turkeys also demonstrate similar significant increases in the same performance parameters. The production cycle of turkeys is significantly longer than broilers: generally, around 16-19 weeks instead of five-six weeks, although the final range can vary according to individual market and commercial objectives. This means that turkeys are exposed to conditions in the barn for a greater period of time and makes litter quality even more of a priority. There is also a fundamental difference in terms of vulnerability to coccidiosis. While turkeys can get this protozoal disease, due to the species of Eimeria that affects the turkeys it is typically more of a feed efficiency issue rather than a threat to viability. In addition, turkey diets start off higher in protein and amino acids and lower in energy than broilers, but this changes as the bird moves through the production cycle. By the end, diets can be much higher in fiber than would be seen in broiler rations. That said, turkeys and chickens do have a lot of similarities. For both species, the early bird phase is critical and there are commonalities in the type of bacteria present. Plus, the common goal for producers is to create a favorable nutribiotic state as early as possible. As coccidia disrupt this development in both broilers and turkeys, technologies like Enviva PRO can help the birds navigate this challenge while helping the development of a more favorable gut microbial community.

[Feedinfo] What can you tell us about Danisco’s dedication to turkey? Can you give any examples of how you are prioritizing this segment in terms of resources, research and development attention and further product authorizations?

[Dawn Overby] It is important for us to offer new feed solutions for the entire poultry industry and the turkey segment is no exception. By working closely with our customers in high producing countries, we are able to tailor our solutions to meet their needs. At PSA 2021 (the Poultry Science Association annual meeting), for example, we will be presenting a field evaluation of our protease Axtra PRO in commercial turkeys.