Probiotics in creep feed for piglets 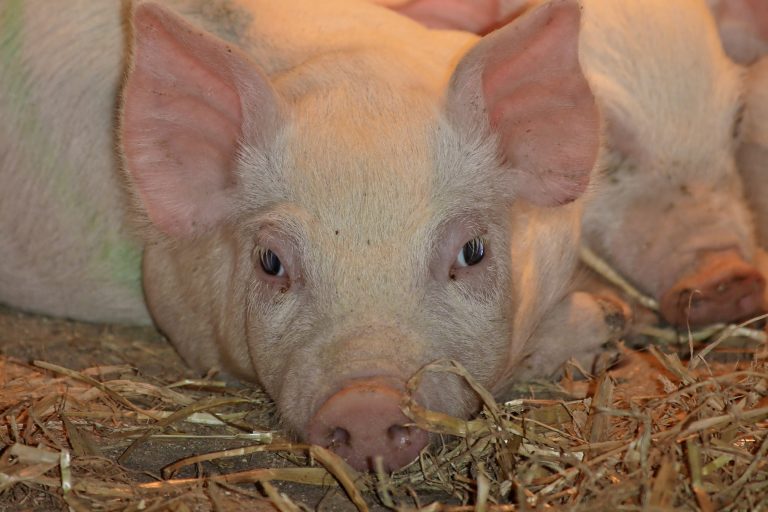 Probiotics in creep feed for piglets

With sows being ever more prolific, there is also a growing number of relatively small piglets being born. The question is how to get them all through weaning without using antibiotics? Choosing creep feed with the right ingredients could be a good start.

One of the latest trends in the swine industry is to maximise the reproductive performance of breeding sows. In the last decade, farrowing units in Denmark have seen litter sizes of hyperprolific breeds increase dramatically to an estimated 18 piglets per litter.

This increase in litter sizes hasn’t come without downsides. A careful observation of the trend reveals that litter size has been increasing at the expense of birth weight, and, by extension, weaning weight. The number of piglets born alive in Denmark has grown by 2.3 piglets since 2007, and the weaning weight has dropped by close to 1kg. While roughly 16 out 18 piglets are born alive, the surviving piglets are never far from succumbing to life-threatening conditions.

Creep feed is often used to supplement nutrient intake to improve piglet growth performance, health condition, and survival. However, several studies have shown that piglets usually have low intake of creep feed during the suckling phase, and they only get to ingest notable amounts of this diet supplement after three weeks of age. Traditionally, creep feed has been offered to improve post-weaning performance, but it can also be utilised to fully explore the growth potential of suckling piglets.

Piglets are well prepared to efficiently digest nutrients from sow milk. However, their digestive system is still not fully developed to take advantage of the nutritional benefits of creep feed. At the suckling stage, the piglet’s digestive capacity is only prepared to digest a small portion of the ingredients in creep feed because their pancreatic enzymes are naturally geared towards processing sow milk.

One way to help piglets overcome health challenges is through supplementing creep feed with additives such as probiotics. Probiotics work by providing a stable population of beneficial bacteria for an optimal nutrient degradation and a healthy intestinal tract.

Probiotics are live micro-organisms that are administered in small amounts to help improve the health of their host. For instance, when administered to piglets, probiotics help preventing pathogen-causing gastro-intestinal disorders, thereby improving piglets’ performance and productivity.

There are roughly 400 different species of micro-organisms inside the intestinal tract of a four-week-old pig, but not all of them are beneficial. Probiotic supplementation contributes to achieve a rather stable and diversified gut microbiota, bearing a smaller fraction of harmful bacteria. These beneficial bacteria produce enzymes that are released into the surrounding environment and act as biological catalysts for converting nutrients, such as proteins and simple sugars into smaller molecules that can easily be absorbed by piglets.

In essence, probiotic bacteria prevent pathogenic microbes from attaching to the intestinal epithelial surface, simultaneously hindering the growth of pathogens through production of antimicrobial metabolites, increasing enzyme activity, and limiting the amount of undigested nutrients. Thus, the amount of undigested food and the risk of pathogen growth are immensely reduced.

Micro-organisms that have been used as probiotics in pig production include Enterococci faecium, Bacillus species, Lactobacillus species, Saccharomyces cerevisiae, and Bifidobacterium bifidum. Of much interest are the probiotics that contain naturally occurring strains of Bacillus subtilis and Bacillus licheniformis. These probiotics increase the activities of both lipase and trypsin in the digestive system of pigs, which boost nutrient absorption and improve feed conversion, thus ensuring optimal weaning weight after the suckling phase.

According to numerous studies, creep feed intake during the suckling period can be significantly increased with probiotic supplementation.

A different study also addressing the effect a Bacillus species-based probiotic supplemented as feed additive has shown that pre-weaning mortality could be significantly reduced by more than 50% with probiotic supplementation (see Figure 2). Such notable increase in piglet survival results in one more pig weaned per litter, which is a clear indication that probiotics can improve the performance and profitability of sow units.

There is strong scientific support that probiotics’ supplementation is vital to pigs’ production. In a nutshell, probiotics enhance the growth of suckling piglets on a daily basis, and, in this process, the weaning weight and robustness are also increased. Piglet mortality is reduced, improving the sow production and ultimately maximising sow productivity with one more weaned piglet per year.

Furthermore, probiotics improve pig productivity and health, contribute to a stable microbiota in the gastrointestinal tract, decrease piglet diarrhoea, increase nutrient availability and their absorption rates, and maximise pig growth rates from birth to finish. Feed supplemented with Bacillus-based probiotics has resulted in robust piglets at weaning. Healthy and sturdy pigs can be produced by investing in early-life piglet nutrition. By doing this, an improvement in future performance is guaranteed as well as an increase in revenue in the long run.