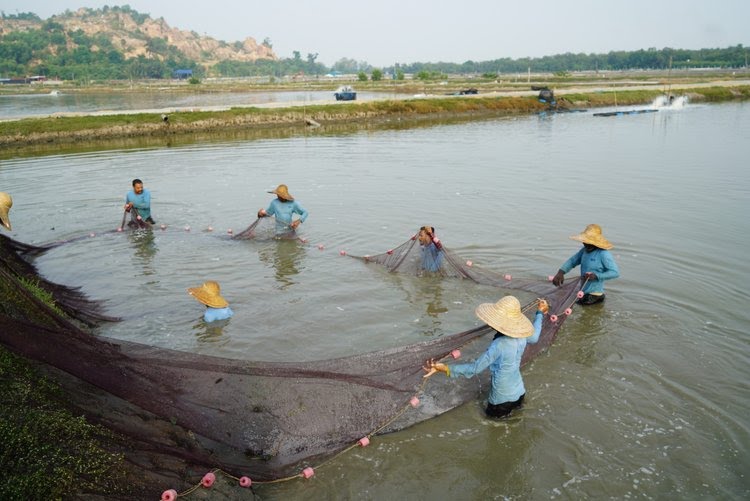 Since the 1980’s marine and inland fishing have grown very little, while all sectors of aquaculture are increasing production and market share. However, all aquaculture is not equal. While mariculture has attracted the lion’s share of research funding and policy attention, freshwater aquaculture is the heavy lifter when it comes to producing fish that are available and affordable to low- and middle-income consumers globally. Finfish mariculture is focused on farming expensive carnivorous species of fish for high end markets. Per capita aquatic food consumption in high-income countries, has plateaued since 2000. The authors expect that future increases in demand for aquatic foods will mainly come from the Global South, which is why developing low-cost freshwater aquaculture systems better meets future global demand.

In the study published in Nature, Dave Little and Richard Newton at the Institute of Aquaculture, University of Stirling and external colleagues led by Dr Wenbo Zhang of Shanghai Ocean University argue that recent research underestimates the production potential for freshwater aquaculture and inflates the importance of mariculture, or saltwater aquaculture.

Freshwater aquaculture produces more food, with less expense than mariculture, and has potential to continue expanding through both small-scale and large-scale inland pond production. Farmed freshwater fish are often lower on the food chain than marine finfish, so their food inputs are less expensive than those needed by species farmed in mariculture. Despite these benefits and possibilities for expansion, most research has been focused on mariculture. Balanced approaches to science, policy and investment that prioritize freshwater aquaculture development in addition to mariculture can contribute more to global food security than those favouring mariculture alone.