Female Fish and their Reproductive Strategies 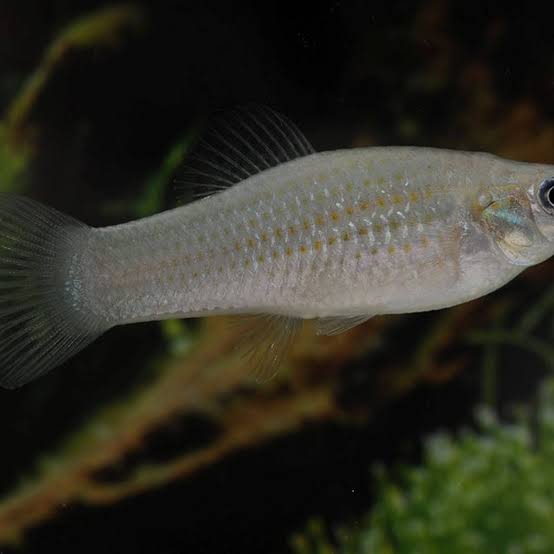 Female Fish and their Reproductive Strategies

Fish either female fish or male fish posses reproductive organs which include testes and ovaries. In most species, gonads are paired organs of similar size, which can be partially or totally fused. There may also be a range of secondary organs that increase reproductive fitness.

The genital papilla is a small, fleshy tube behind the anus in some fishes, from which the sperm or eggs are released; the sex of a fish often can be determined by the shape of its papilla.

In many animal species, females are expected to choose mates according to criteria that are relevant to their own fitness. Direct benefits obtained from adaptive mate choice include material resources provided by the male, as well as brood care and protection, which can increase the female’s present and lifetime fecundity. Indirect benefits for the female are derived from high fitness of her offspring, to which the male contributes genes and parental investment.

Trade-offs between direct and indirect benefits have been identified in several species, but positive correlations are also possible, for example, if the genetic quality of a male also benefits a female mate directly.

If males require certain resources such as territories or nest sites for mating, male–male competition can narrow the pool of candidate mates to competitive individuals and thus can facilitate female choice.

Female choice among males that succeed in intrasexual competition for resources may be based on characteristics of the males themselves, such as size, coloration, or behavior, as well as on the quality of their resources. Females of some species, especially among fish, have been shown to prefer larger over smaller males (Poeciliidae; Cyprinidae:; Rivulidae; spiders.

Presumed benefits for females mated to large males include protection from harassment and predation, increased fertilization and heritable dominance status.

Male coloration is another potential mate choice cue. In particular, female preferences for males with intensive red and orange coloration (birds: reptiles: amphibians: fish: may be related to the connection between carotenoid pigmentation and individual condition.

Males of fish species can also produce sounds during courtship displays, and mate choice experiments have confirmed the influence of fish courtship sounds on female preferences.

In species, in which male resources either provide direct benefits to female fitness or serve as indicators of male quality, resource characteristics frequently influence female choice.

Using territory quality as a mate choice cue, females may profit from shelter and food provided by the territory, and at the same time mate with a male in good condition, if male–male competition restricts ownership of high-quality territories to high-quality males.

In contrast, if the quality of the male’s resources (e.g. territories or nest sites) is of critical importance for female reproduction but not correlated with male condition, females may face a decision between selecting high-quality males or high-quality resources.

In the cichlid fish Tropheus moorii, an endemic of Lake Tanganyika, both intrinsic male traits and territory characteristics are plausibly used as mate choice cues by females.

Consequently, female preferences could directly drive the evolution of male traits and could reinforce the selection pressure imposed by male–male competition for territories.

Many populations in the genus Tropheus are conspicuously colored, and there is rich geographic color pattern variation within species. Cichlid color pattern diversification is often linked to male–male competition and female choice, but the social system of Tropheus, with both male and female territoriality, also puts demands on female competitive abilities in territorial contests. Intersexual contests for territories may require females to match males in their resource holding potential.

Indeed, most populations of Tropheus are sexually monomorphic in body size and color patterns, and body color signals are used by both males and females to communicate social status and motivation to territorial competitors.

If female mate choice selects for a particular trait in males, and if this trait is also relevant for territorial success, intersexual competition may subsequently select for the same trait in females and maintain sexual monomorphism.

Accordingly, female preferences for male coloration may have been involved in the evolution of the conspicuous color patterns shown by many Tropheus populations as well as in the allopatric diversification of color patterns among populations.

Tropheus feed on epilithic algae from rock surfaces in the shallow littoral zone. The mating success of Tropheus males depends on the possession of a territory, which enables them to supply feeding opportunities to their mates.

Although solitary female Tropheus defend their own feeding territories, the energy drawn from their resources apparently does not allow them to mature for spawning, perhaps because of inferior territory quality or because of the demands of territory defense.

Possibly as a consequence of this requirement for nutrition, the mating system of this uniparental maternal mouthbrooder involves a pair bond of up to 3 weeks before spawning.

During this time, a female feeds intensively in her mate’s territory in preparation for spawning, while the male takes care of territory defense. After spawning, the female abandons the male for solitary mouthbrooding.

Single paternity of broods suggests that unpaired males do not partake in reproduction. In a population in northern Lake Tanganyika (Tropheus sp. “black” at Bemba), the territories of paired males were characterized by prominent rocks and large rock surface areas.

Rock area in the males’ territories was correlated to male body size, and female territories were smaller and contained smaller rock areas than male territories. Together, this suggests competition among males for high-quality territories, which may be required to provide critical nutritional resources to the females.

Now let us look at the inbreeding processes below:

Inbreeding of Fishes either Female Fish or Male Fish

The effect of inbreeding on reproductive behavior was studied in the poeciliid fish Heterandria formosa. One generation of full-sib mating was found to decrease reproductive performance and likely reproductive success of male progeny. Other traits that displayed inbreeding depression were offspring viability and maturation time of both males and females.

Exposure of zebra fish to a chemical environmental agent, analogous to that caused by anthropogenic pollution, amplified the effects of inbreeding on key reproductive traits. Embryo viability was significantly reduced in inbred exposed fish and there was a tendency for inbred males to sire fewer offspring.

The behaviors of juvenile Coho salmon with either low or medium inbreeding were compared in paired contests. Fish with low inbreeding showed almost twice the aggressive pursuit in defending territory than fish with medium inbreeding, and furthermore had a higher specific growth rate.

A significant effect of inbreeding depression on juvenile survival was also found, but only in high-density competitive environments, suggesting that intra-specific competition can magnify the deleterious effects of inbreeding.

Within two or three days, the vulnerable female fish eggs hatch into larvae, and rapidly develop into fry. Goldfish, like all cyprinids, are egg-layers. They usually start breeding after a significant temperature change, often in spring. Males chase females, prompting them to release their eggs by bumping and nudging them.

As the female fish spawns her eggs, the male goldfish stays close behind fertilizing them. Their eggs are adhesive and attach to aquatic vegetation. The eggs hatch within 48 to 72 hours.

Within a week or so, the fry begins to assume its final shape, although a year may pass before they develop a mature goldfish colour; until then they are a metallic brown like their wild ancestors. In their first weeks of life, the fry grow quickly an adaptation born of the high risk of getting devoured by the adult goldfish.

A member of the Cyprinidae, carp spawn in times between April and August, largely dependent upon the climate and conditions they live in. Oxygen levels of the water, availability of food, size of each fish, age, number of times the fish has spawned before and water temperature are all factors known to effect when and how many eggs each carp will spawn at any one time.

Prior to spawning, male Siamese fighting fish build bubble nests of varying sizes at the surface of the water. When a male becomes interested in a female, he will flare his gills, twist his body, and spread his fins. The female darkens in colour and curves her body back and forth.

The act of spawning takes place in a “nuptial embrace” where the male wraps his body around the female, each embrace resulting in the release of 10-40 eggs until the female fish is exhausted of eggs.

The male, from his side, releases milt into the water and fertilization takes place externally. During and after spawning, the male uses his mouth to retrieve sinking eggs and deposit them in the bubble nest (during mating the female sometimes assists her partner, but more often she will simply devour all the eggs that she manages to catch).

Once the female fish has released all of her eggs, she is chased away from the male’s territory, as it is likely that she’ll eat the eggs due to hunger.

The female fish eggs then remain in the male’s care. He keeps them in the bubble nest, making sure none fall to the bottom and repairing the nest as needed. Incubation lasts for 24–36 hours, and the newly hatched larvae remain in the nest for the next 2–3 days, until their yolk sacs are fully absorbed. Afterwards the fry leave the nest and the free-swimming stage begins.