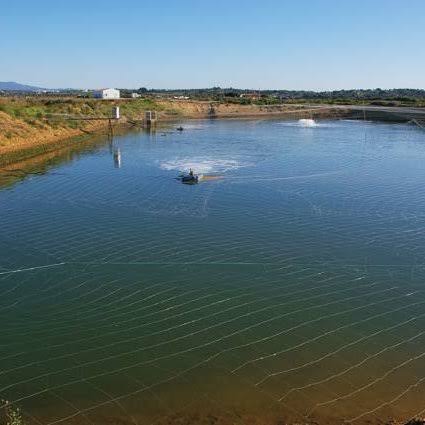 Fish farming is commonly described as being extensive, semi-intensive or intensive. These terms are not sharply defined but are generally related to the level of inputs of feed and/or fertiliser and to stocking density.

Fish have been farmed extensively, for many centuries, by fostering a natural environment with little or no inputs. Semi-intensive farming, with a greater use of inputs, developed from this. The end of the 20th century saw the development of intensive fish farming, high input systems with high stocking densities. As with farmed mammals and birds, stocking densities are a key concern for animal welfare.

The three families of fish species with the highest aquaculture production tonnages are carps, tilapias and salmonids, which account for respectively 61%, 9% and 6% of total global farmed fish production tonnage . Carp are often farmed with different species of carp stocked together (polyculture systems) to better exploit the different ecological niches of the pond ecosystem. Carp and tilapia farming can be extensive, semi-intensive or intensive while farming of salmonids (mostly Atlantic salmon and rainbow trout) is generally intensive. Catfish families together comprise 8% of total global farmed fish production tonnage and are often farmed very intensively.

In the most extensive fish farming, the fish feed entirely from the food web within the pond, which may be enhanced by the addition of fertilizer or manure. Ponds (natural or artificial) and lagoons are fertilised to promote the presence of phytoplankton (microscopic plants), zooplankton (mostly small crustaceans) and aquatic vegetation which form the base of the aquatic food pyramid. This encourages the development of marketable animals at a higher yield than that of the natural ecosystem.

Common carp and a number of other fish species are still sometimes farmed extensively in the European Union, though fish farming there is predominantly intensive. Extensive farming of carp and tilapia is common in Asia and Africa. For example, one of the most common methods of farming bighead carp (mainly farmed in China) is to grow them in small lakes and reservoirs without the use of feed or fertilizer. The bighead carp are stocked with other fish species at a stocking density of 150-750 fish per hectare (i.e. 13-67 square metres per bighead carp) which represents about 40-50 % of the total number of fish stocked. Bighead carp are also extensively reared in polyculture ponds and pens, where organic fertilizer is usually applied to increase natural food when bighead and silver carp are cultured as major species.

In semi-intensive fish farming, the fish still obtain significant nutrition from the food web within their pond, but they are also given supplementary feed. This means the fish can grow faster and/or to a larger size or at a greater stocking density. The feed may be of vegetable origin or may include fish, fish oil and/or fishmeal.

Grass carp is the farmed fish species with the highest global production tonnage and is farmed, mainly in China, in both in semi-intensive pond systems and intensively in cages. In semi-intensive farming, the grass carp are stocked in ponds or pens with other carp species (either as a major or secondary species), where aquatic weeds and terrestrial grasses form the main feed. Commercial feeds, such as pellets, and vegetable by-products may be used instead to save labour costs, or at specific times of the year when growth of water grasses and algae is reduced. The total stocking density is 750-3,000 fish per hectare (i.e. 3-13 square metres per fish).

In intensive farming, the fish are kept at too high a stocking density to obtain significant amounts of feed from their environment. Instead the fish are dependent on the feed provided and water must be replenished at a high rate to maintain oxygen levels and remove waste. The levels of feed inputs and management of the water affect the stocking density of the fish that can be supported.

Pangasius catfish is farmed very intensively in Vietnam, where half of production is for export, the EU and US being leading importers. Vietnamese production of pangasius has increased 10-fold in the last decade to 1.1 million tonnes in 2010 (78% of global farmed pangasius production), of which 0.66 million tonnes was exported. Extremely high stocking densities are made possible by a high rate of water exchange and by the ability of pangasius to breathe atmospheric oxygen, which makes them able to tolerate low levels of dissolved oxygen and highly polluted water. Small-scale pond polyculture systems are being replaced by intensive monocultures that rear pangasius in ponds (which exchange water with nearby river tributaries by tidal exchange and pumping) and in net cages and net pens sited on major river tributaries of the Mekong River delta. Intensive monoculture ponds and net pens are usually stocked at 40-60 fish per square metre, ponds sometimes even higher. Stocking densities for net cages are typically 100-150 fish per square metre .

According to one study , in Vietnam, pangasius are grown in deep ponds (4m deep) to a market size of 1kg at stocking densities of 44 fish per m2. Death rates for these fish are reportedly 20-25%. According to the same study, in Bangladesh, stocking densities for this species are much lower at 6 fish per m2 in 1m deep ponds, and death rates are significantly lower at 10%. Whereas in Vietnam pangasius are farmed in monoculture, the vast majority of farms in Bangladesh also stock around 10–20% filter-feeding carps which eat up algal blooms produced in the fertile ponds (made so by the feed inputs). These carp require dissolved oxygen and are far less tolerant of poor water quality than pangasius, indicating that water quality is maintained at relatively high levels. According to the authors of this study, the better levels of fish welfare (with respect to stocking density, water quality and mortality rates) in Bangladesh also resulted in less use of antibiotics. Both farm-made and commercial feeds, containing wild fish, are widely used in Bangladesh and Vietnam.

Grass carp intensively reared in cages are stocked with other carp (usually as the major species) and the cages are usually about 60 m², with a depth of 2-2.5 m. The fish are fed with aquatic weeds/terrestrial grasses and pelleted or other commercial feeds. Grass carp are stocked at 10 to 20 fish per cubic metre. In addition Wuchang bream are also stocked at 35 to 50 fish per cubic metre. A small quantity of silver and bighead carp are also stocked (1% of the total fish) as ‘cage cleaners’ (to eat and control algae).