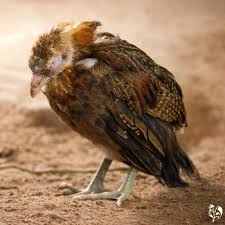 Bird flu, or avian influenza, has infected birds and poultry worldwide. Several strains of the virus exist, and can be divided into two categories: high pathogenic and low pathogenic, according to the U.S. Centers for Disease Control and Prevention. Birds contract the virus via contact with nasal secretions or feces from an infected bird. The highly pathogenic forms of the virus can cause death in birds within two days and have a mortality rate of between 90 percent and 100 percent, according to the CDC.

Read also: Poultry Vaccines for use on organic farms

Influenza is a respiratory virus, so birds and poultry with bird flu may exhibit respiratory symptoms such as coughing and wheezing, according to the U.S. Department of Agriculture. There may also be nasal discharge, in some cases tinged with blood.

Birds with avian influenza often behave differently than before they became infected. For example, they may seem depressed or inactive and may eat and drink less than normally, according to the University of Florida IFAS Extension. The birds may also suddenly seem uncoordinated, and become unable to stand or walk normally.

Egg-laying birds with avian influenza often produce fewer eggs than before they were infected, according to the U.S. Department of Agriculture. In addition, the egg shells may be soft or misshapen.

Some signs of avian influenza in birds are physically apparent. The feathers may become ruffled, and the combs and waddles on poultry can appear a bluish-purple colour, according to the University of Florida IFAS Extension. Swelling may appear on the combs, waddles, hocks, eyelids and heads as well.

Diarrhea also develops in some birds with avian influenza, according to the U.S. Department of Agriculture.