Top Tips for Keeping Predators Away from Farmed Fish 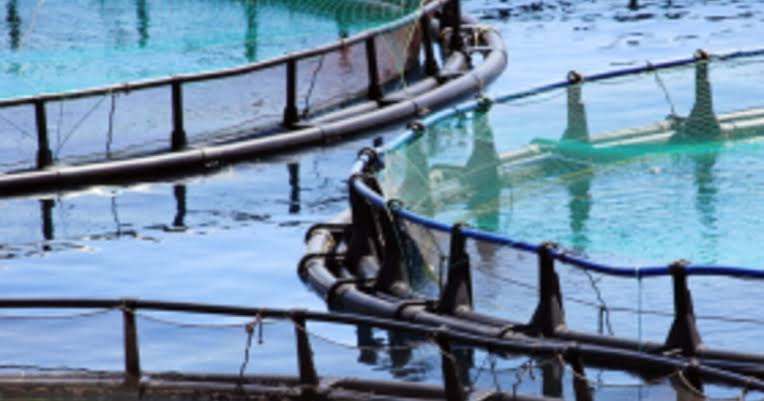 Top Tips for Keeping Predators Away from Farmed Fish

Aquaculture offers many advantages for people. We dont have to go out and hunt for seafood, and we can produce big animals in large quantities. However, farmed fish and shellfish are also very attractive to wild animals, who see the captive animals as a bountiful supply of food. Predation is a challenge that aquaculturalists who do not operate in closed containment facilities regularly face. Here are just a few of the methods troubled farmers can use to try keep predators at bay.

Noise deterrents such as loud bangs, pings, and even distress calls, and visual deterrents ranging from simple streamers to models of top predators have been used to deter avian and marine mammal predators. In both cases the long-term benefits are debatable. At first noises can cause animals to flee, but they can become quickly habituated to the noise, particularly if that noise is frequent, occurs at regular times, and is always the same sound. Fibreglass models of killer whales have been shown to be effective at reducing predation from marine mammals for a few months at best. Similar short-term results have been found for scarecrows, buoys, flags, streamers, and even balloons. Animals learn quickly that there is no threat – or are at least willing to hedge their bets for a tasty meal.

Moving deterrents that incorporate noise and visual stimulus may be more effective. Trained raptors, boats, and even radio-controlled drones have been used to scare away birds and marine mammals from a host of areas such as airports, vineyards, and of course aquaculture farms with relative success. The downside is that they require a human operator, and as such are unlikely to be available 24/7. Autonomous vehicles both in the air and on the water could solve this problem. These devices could include multiple visual deterrents like flashing lights and noises to help reduce chance of animals becoming habituated, and operate at random times day or night.

Exclusion techniques – nets or cages around farms – can potentially offer longer-lasting protection than deterrents. In 2011 Marine Harvest Canada announced that they would deploy high density polyethylene nets containing stainless steel cores around entire salmon farms. At the cost of C$250,000 per farm, these nets are not cheap but are strong enough to keep seals and sea lions out of the farms.

Thankfully not all exclusion devices need to be so costly. Bird exclusion nets range from light-weight materials through to wire mesh, depending on the birds they are trying to exclude and the weather conditions around the farm (light-weight netting may regularly blow areas away in high wind areas).

Netting can be placed in a number of different locations, depending on how predators behave. For aerial assaults, overhead netting is best whilst submerged netting works well against diving birds.

Other techniques being explored include the use of air bubbles to deter underwater predators. Shown to significantly reduce noise from underwater construction propagating through water, ‘bubble curtains’ could also act as a visual block, reducing the chance of underwater predators coming across the farms in the first place. Bubble curtains are still in the early stages of development, so it will be some time before we know if they can be applied to an aquaculture setting.

Read also: How to know if your Catfishes are underfed or overfed

Killing is arguably the most controversial of predator reduction techniques. In 2015, the British-based Royal Society for the Prevention of Cruelty of Animals (RSPCA) came under fire for allowing fish farms accredited under their Freedom Food program for animal welfare to kill seals.

In 2016, Cermaq Canada Ltd faced outcry when they shot 15 California sea lions in British Columbia. In both cases, aquaculturalists claimed the killings were a last resort, thought this did little to appease public displeasure. Whilst the death of an individual predator may provide short-term relief for aquaculturalists, other individuals can eventually take their place.

No one single solution

The choice of deterrent and/or exclusion technique really comes down to the situation the individual farms finds itself in. This includes the species that are predating on the farm, the size of the farm, and the layout of the farm.

Where deterrents are used, care needs to be taken to ensure wildlife are not overly impacted – including those protected by law. For example, numerous studies have indicated that marine mammal hearing could be damaged by ‘acoustic harassment devices’. Others suggest that marine mammals, including those that don’t predate on farms, can be forced out of vital habitat. In some, but not all situations, simple tweaks such as lowering the sound frequency may be sufficient to reduce impacts.

Farmers should weigh up the costs of anti-predation methods against the actual losses they are incurring. Paying for pyrotechnics as an audio and visual deterrent, for instance, may not be economically justifiable if predation is only from a couple of birds. Nets may be a sufficient – and more cost-effective – alternative. Other costs come from maintaining, repairing, and even replacing anti-predator devices, and these need to be factored in to the decision of what to use.