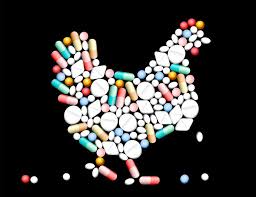 Antibiotics are a vital component to rearing healthy livestock, but many researchers argue that mismanaged use is having a detrimental effect on the industry.

When antibiotics were first introduced back in the 1930s, they had an instant and momentous impact on life. Nowadays, it is easy to take the use of these drugs for granted and their importance can be overlooked. They have not only helped humans live longer and healthier lives, but they have also been used for the same effect on livestock. Consequently, the meat and animal products we consume are safer as well.

Read also: How to reduce Poultry mortality and increase profit

Farmers have benefited from the advantages of higher outputs as healthier animals put on more weight. Inputs have also been reduced, not only through feed, but also space. Whether it is deemed for better or for worse, antibiotics have enabled farmers to restrict the space and movement of livestock whilst keeping their health at an optimum. Without antibiotics, intensive livestock systems may never have become a lucrative form of trade.

In the US, approximately 70 per cent of antibiotics are used as additives for chickens, pigs and cattle in order to make them grow faster. Whilst this is economically fruitful, many believe that such practices are irresponsible. Furthermore, detailed and ongoing research has labelled it dangerous.

David Wallinga, M.D. of the Institute for Agriculture and Trade Policy says, “There is solid consensus among medical and public health officials that the profligate use of antibiotics in both human medicine and animal agriculture is eroding the efficacy of our arsenal of antibiotics.”

An antibiotic is a substance or compound that kills or inhibits the growth of bacteria but as bacteria rapidly evolve, certain strains can become immune to the antibiotics in use. The science says that if we overuse antibiotics, we are in effect selecting resistant bacteria. By eliminating competing bacteria, this untreatable strain is given room to multiply and develop further. Some scientists argue that farms that inappropriately use, overuse, or mismanage the application of antibiotics become breeding grounds for resistant strains of new bacteria. In effect, they render current antibiotics useless.

Proponents of this view point out that a growing pattern of resistance will lead to further expenses for producers and unnecessary detrimental effects on livestock welfare. Harmful strains of E. coli, Salmonella and Campylobacter could rise, threatening food safety and leading to higher global losses. Whilst antibiotic science is continuously improving, many scientists believe that the rapidly evolving resistance of bacteria could overtake it, introducing a far more dangerous world.

The US Centers for Disease Control and Prevention are working to build public awareness regarding the dangers of overusing antibiotics in human medicine. The CDC’s public awareness campaign is laudable: if people do not have a bacterial infection, they should not take antibiotics but the same principle is not applied to US livestock. In the European Union, the use of livestock antibiotics are restricted to bacterial infections and used only for therapeutic purposes. The World Animal Health Organisation also promotes this view, as does the US National Academies for Science. Recently, the South Korean government has banned the use of seven antibiotics in animal feed in Korea.

Despite the growing international interest, the issue over animal antibiotics is not a new one. In the US, concerned scientists have long debated the issue with Congress. The US Food and Drug Administration came close to shutting down the practice 30 years ago, but farm and pharmaceutical lobbyists blocked the effort. Last December, after a proposal to ban many uses of cephalosporin drugs in cows, pigs, chickens and other animals, the Food and Drug Administration had a last minute U-turn and said it would continue allowing their widespread use. According to a Wall Street Journal report, the bid came under fire from the industry.

The American Farm Bureau Federation (AFBF) expressed strong opposition to the legislation throughout. In a letter to Congress, AFBF president, Bob Stallman, said the bills would “handicap veterinarians and livestock and poultry producers in their efforts to protect the nation’s food supply and maintain the health of their farm animals.” But the threat is no longer simply an industry issue. Antibiotic resistance in livestock can affect human antibiotics too.

In a recent report, the UK’s chief medical officer, Sir Liam Donaldson said: “Resistant bacteria developing in animals could pose a threat to people. Antibiotics must be used in moderation in agricultural settings and only when necessary for animal welfare.”

Dr Lyle P. Vogel, American Veterinary Medical Association (AVMA) assistant executive vice president, said that evidence suggests that when livestock are not given antimicrobials for prevention of disease – as has happened in Denmark since the 1990s – an increase in illnesses is likely to occur. In some instances, he added, antibiotic resistance in humans is 10 times greater in Denmark than in the US despite the Danish ban.

“Risk assessments demonstrate a very low risk to human health from the use of antimicrobials in food animals, and some models predict an increased human health burden if the use is withdrawn,” Dr Vogel said. “Non-risk-based bans of approved uses of antimicrobials will negatively impact animal health and welfare without predictably improving public health.”

However, nowhere is this current issue more disconcerting than in the studies on methicillin-resistant Staphylococcus aureus (MRSA). A new documentary, commissioned by the UK’s Soil Association, has been released to expose the rise of a new strain of MRSA in pigs and its link to the overuse of antibiotics on intensive farms. The new film shows that 40 per cent of Dutch pigs and up to 50 per cent of Dutch pig farmers are now carrying the new strain, which is also spreading to the wider population. This strain is now said to cause almost one in three cases of MRSA treated in Dutch hospitals.

Significantly, none of these experts seems to be against the use of antibiotics. Rather than remove them, researchers are looking for the best way to optimise their performance and sustain them over future generations whilst livestock farmers continue to thrive. Researchers seek to overcome antibiotic resistance by whatever means science will deem applicable.

Many believe that money and politics, rather than science, stands in the way of progress. The US management of antibiotics allows the products of intensive livestock systems to carry on succeeding on the global market. However, others would argue that unnecessary antibiotic restrictions are not only economically harmful but also harmful to livestock health and ultimately, human health as well. Balanced science and sound management must prevail.

“It is no exaggeration to say that the discovery of drugs that could cure infections has, over the past few generations, been a boon to human health – and to veterinary medicine when the drugs are properly administered to sick animals,” says a report published by the Pew Charitable Trusts.

“Antibiotic resistance, though, is a dangerous trait that enables bacteria to survive and continue to grow instead of being inhibited or destroyed by therapeutic doses of the drug. Since antibiotic resistance is on the rise, one of the great medical miracles of all time is at risk.”

Previous articleHow to handle your rabbit, stroking, cuddling and picking up
Next articleBiosecurity for poultry producers