Could probiotics be the solution to water pollution in aquaculture? 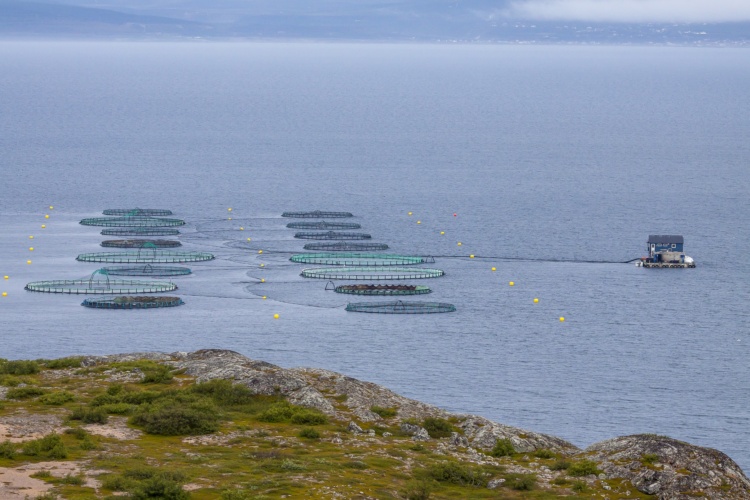 Could probiotics be the solution to water pollution in aquaculture?

Aquaculture, or the breeding of fish, shellfish and aquatic plants, plays an important role in providing food, as well as preserving endangered species of aquatic life. Aquaculture production has grown as international hunger for seafood increases. A UN Food and Agriculture Organization (FAO) report in 2018 shows that aquaculture is surpassing other food production in the world. While aquaculture may help solve food scarcity issues, it also causes disruptions to the surrounding ecosystem through ‘eutrophication.’ Eutrophication is what happens when too many nutrients, and other chemical pollutants, are released into bodies of water.

How does Aquaculture Cause Pollution?

A 2017 World Bank study done on Vietnam, the Philippines, and China highlights several sources of water pollution from aquaculture:

Nutrients added through food and fertilizers may not be completely consumed by the fish, shrimp, and plants, resulting in excess nutrients in the water. For example, phosphorus, a common nutrient found in fish food, has been shown to cause algal blooms. Algae makes water less clear, making aquatic plants struggle to produce oxygen. This could kill local populations of marine and freshwater plants and animals.

Chemicals added in aquaculture, such as medication, antibiotics, or pesticides to the water, may be absorbed by other wild fish. This can have unintended effects on the surrounding habitats. Additionally, the chemicals can be consumed by humans who eat the wild fish. This is harmful because bacterial resistance may develop in the people who eat the wild fish. Bacterial resistance will mean that certain antibiotics may be less effective as treatment for harmful bacteria.

Copper and zinc paints are sometimes used on cages in aquaculture to prevent other aquatic life from sticking to them. When these paints are slowly released into the water, they may have unintended toxic effects on other aquatic populations.

Fish may escape from the cages and breed quickly, becoming invasive species in the surrounding water bodies, causing losses in native fish and plant populations.

Probiotics are live bacteria and yeasts that are identical or similar to bacteria or other microorganisms that live in our bodies. The health benefits of probiotics are well-known. They can be seen on the labels of food products and dietary supplements such as yogurt and some types of cheeses. Some examples of probiotics are Bifidobacteria, which helps us better digest food, and Lactobacillus, which helps our bodies process the lactose in milk.

What are the Benefits of Probiotics in Aquaculture?

Probiotics may help maintain high oxygen levels in the water by reducing the stress on fish. This lowers the amount of oxygen they consume.

Probiotics may also decrease organic waste in water. First, they speed up decomposition, breaking waste into organic matter that can be recycled in the ecosystem. Second, probiotics also increase fish appetite by increasing digestive enzyme activity, which reduces the amount of excess feed that will remain in the water.

Another benefit of probiotics is that they may help to boost the immune system of farmed fish, resulting in reduced disease spread. In turn, this will lessen the need to add medication or antibiotics to the water.

Because of their potential benefits, probiotics may be one way to keep water clean and healthy. They may reduce at least two of the main polluting effects aquaculture can have on water: the release of excess nutrients and the addition of unsafe chemicals. In fact, they could actually provide direct benefits to aquatic ecosystems.

What are the Next Steps?

The study of the effect of probiotics on water pollution is still in its early stages. Additionally, scientists must still research which types of probiotics to add for best results without causing unintended negative effects. However, this study has shown promising results for future research into using probiotics in aquaculture to reduce water pollution.