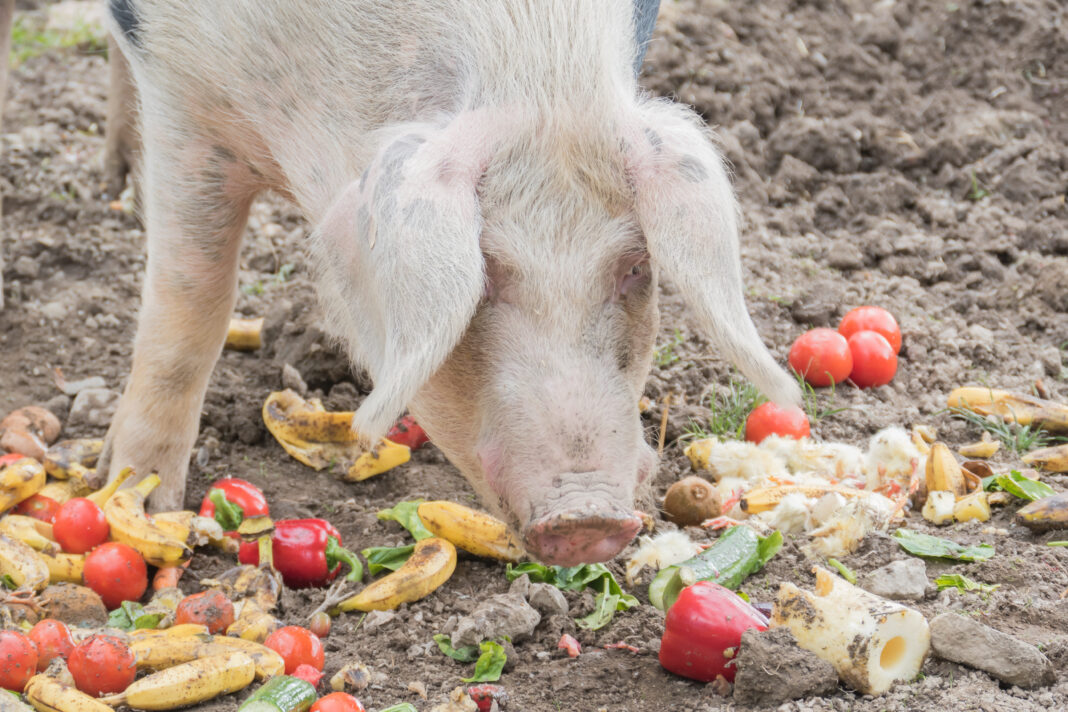 There is much discussion across social media on feeding livestock natural diets to improve perceived welfare, improve meat quality and reduce overall feeding costs. People feeding alternative foodstuffs often boast that their pigs have a natural diet as a part of their marketing – but there is nothing natural about feeding trailer loads of potatoes one week and a pile of bakery waste, broccoli, and cabbage the next. Nutritional balance is the key, so if you wish to minimise the amount of proprietary pig feed and introduce alternative feeds then you have to know more about what you’re feeding them to keep it balanced.

Please note that the feeding of household and restaurant waste to pigs is illegal in the UK and across a number of countries, and is generally discouraged as it can be a vector for disease into your pig herd.

Some vegetables have been clinically proven to have a negative effect upon a pig’s protein digestion capability and some can even cause clinical illness.

Farmers need to be aware of Anti-Nutritional Factors (ANFs). These are substances which, when present in feed, reduce the availability of one or more nutrients. These can be substances which depress protein digestion or interfere with the utilisation of vitamins, e.g. mould mycotoxins, pesticides, and plant toxins. They can also be substances generated by the pig from eating a natural product which can cause diminution of the digestive/metabolic processes, making the feeding of certain “natural healthy” vegetables counter-productive at certain levels (see Table). Where high proportions of vegetables (treats don’t count) are included in diets, then supplementation with essential amino acids is necessary if there is to be no reduction on performance. However, carcass quality and kill-out percentages may still be affected.

A common misnomer is that pigs can eat vast quantities of acorns without consequence. In young piglets, belly ache and constipation are common after eating too many due to the high Tannin levels, so access should be restricted. The pigs you hear about that are fed solely on acorns on the European continent and in the USA will have several generations of acorn-eating pigs in their ancestry and so have natural tolerances.

There is scant scientific evidence on the quantities of fruit that can nutritionally replace conventional pig feed. Comparatively there is very little protein in fruit, with most of the calories/energy provided coming from their carbohydrate content, most often in the form of a sugar. Pigs have quite a sweet tooth, making fruit a popular treat, but too many carbs can lead to weight gain, so exercise some caution in quantities fed. There is anecdotal evidence of one third of the recommended maximum quantity of vegetables making an average of 6kg fruit replacing 1kg of compound feed, but only to a maximum of 5 percent of the total diet. This is approximately 600g which is about four large apples – so more of a treat than a feed replacer.

The feeding of past-their-best vegetables is a documented risk factor in the susceptibility of pigs to clostridial diseases such as botulism and tetanus, where it’s not the organisms per se that cause the disease, but the toxins they produce, which upon processing would be released. Outdoor reared pigs are more susceptible, particularly to clostridial disease. Fruit and vegetables, especially if they have passed their best, may contain both seen and unseen moulds, with some species proven to be capable of causing sudden death. Fruit also starts to ferment once harvested, producing alcohol, and so if fed in large quantities you could end up with a drunken pig staggering about. This is particularly applicable to apple pomace (cider) and potato pulp (gin) by-products.