Saving the poultry industry from collapse 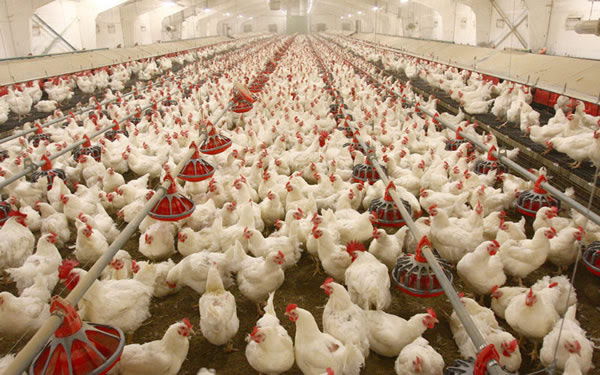 Amazing! You Can Rear These Poultry Birds Within a...
Read more

Saving the poultry industry from collapse

THE frequent distress calls by the Poultry Association of Nigeria over the high cost of feeds highlight the impact of the worsening adverse operating environment on one of the country’s most vibrant economic sub-sectors. Given its importance as a vital protein source and employer of labour, the President, Major General Muhammadu Buhari (retd.), and the 36 state governors should move to save the sub-sector from collapse and map out separate as well as collaborative measures to accelerate its expansion.

Poultry farmers have been sounding the alarm bells for long. The latest emerged at a meeting held by the Plateau chapter of PAN, where its secretary, Nanji Gambo, stated that there was a decline in the membership of the body, as some producers are abandoning the business. She blamed this on the high cost of feeds in recent times and the fact that most poultry operators now run their businesses at a loss. “These farmers could not bear the high cost of feeds and so they crashed out of their businesses,” she said. This is sad.

Read also: Why chicken is getting more and more expensive

The high cost of feeds is only one of the problems. The country is also in the midst of prohibitively high energy costs—of diesel, petrol and lubricants. With this, transportation and other logistics costs have risen sharply. Insecurity has emptied the farms and the highways. Lately, even the inadequate railways are being attacked by terrorists. The foreign exchange crisis has denied producers of forex to import inputs, machinery and spare parts at affordable cost.

A wobbling poultry industry portends very bad news for an economy with 95 million people forecast to slip into poverty and battling mass hunger. For one, it is a major source of protein. Employing about 25 million persons down the value chain, according to Dutch consultancy, the Netherlands Enterprise Agency, it also supports the livelihood of more than 13 million households who earn part or all their income from this business.

The Federal Ministry of Agriculture and Rural Development says the Nigerian poultry industry contributes 6.0 to 8.0 per cent to the GDP. The World Bank’s Food and Agricultural Organisation puts it at between 9.0 and 10 per cent. As of 2019, its net worth was N1.6 trillion or 25 percent of agricultural GDP, the Central Bank of Nigeria said.

Therefore, the industry must be saved. It is one of the well-organised segments of the country’s agriculture sector and the most commercialised of all the agriculture products. This helps make Nigeria the largest producer of poultry eggs and fourth-largest poultry meat producer in Africa.

Valued at $4.2 billion and rated by the World Bank as having Africa’s second-largest population of chickens after South Africa, with 180 million birds producing 454,000 tonnes of meat annually, and 21 billion eggs, its importance cannot be overemphasised. Buhari needs an effective strategy to fulfil his oft-repeated promise of promoting agriculture and diversifying the economy.

Prices have already spiked and according to statista.com, 1.0kg of chicken sells for N849.92 as against N456.36 in 2016. In March, the average price of a 25kg bag of poultry feed in Nigeria is between N7,500 and N9,700. To feed one broiler, therefore, the farmer requires approximately 1.2kg of starter feeds from week one to four. From week five to nine, the broiler would consume about 8.5kg of finisher feeds. This means a farmer requires about 970kg of feed within nine weeks to feed 100 broilers. This would be roughly four bags of 25kg each. This does not include feed supplements and antioxidants, electricity, economic instability, cost of servicing equipment among other parameters.

The high cost of these feeds is driven by several factors. There is not enough production of grains in Nigeria. In fact, there is a serious grain shortage in the Nigerian market and this has persisted for some time. This shortage has been further heightened by the ongoing Russian-Ukraine War.

The President of the Dangote Group, Aliko Dangote, had earlier in March warned Nigerians to be prepared for an impending food crisis within the next three months. He urged the government to immediately stop the ongoing export of maize so as to satisfy local consumption. Dangote noted that the effects of the Russian-Ukraine crisis were already being felt in the food processing chain, causing prices of fertiliser, wheat, maize, among other products, to hit an all-time high.

Data published by the United States Department of Agriculture showed that maize import into Nigeria doubled from 500,000 metric tonnes to one million metric tonnes between October 2019 and October 2020. Clearly, Nigeria is not producing enough grains to cater to the needs of its teeming populace.

Buhari and the security agencies must secure the country and make it safe for production, transportation and commerce. Farmers have fled their farms because of terrorism and Fulani herdsmen’s bloody rampage across the entire country. Borrowing costs are too high and a disincentive, and despite several federal and CBN credit schemes, many farmers still lack access to low interest loans.

The Federal Government needs to fine-tune, and upgrade its policies and interventions in the poultry sector. Despite being the market leader in Africa, South Africa in 2020 launched a new Poultry Sector Master plan that identified systemic and other problems; it seeks to stimulate local demand, boost exports and jobs and protect the domestic chicken industry. Apart from tackling the energy deficit, forex and security crises, the strategy should target providing low interest credit, better extension services, storage and transportation assistance to maize farmers and poultry operators.

The task is not for the centre alone. All the 36 states should devise policies to boost poultry farming and attract private sector investment to their states. There should be no further delay; both tiers of government should act now