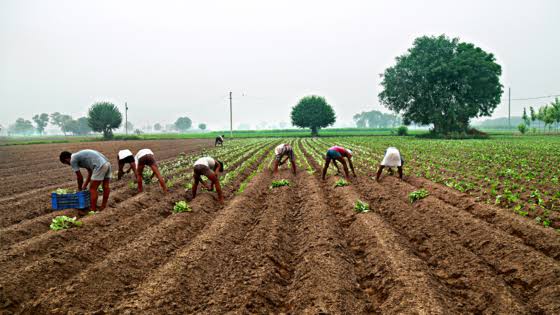 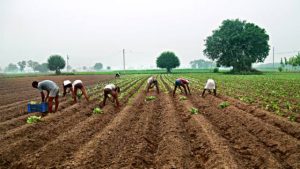 The National President, All Farmers Association of Nigeria, (AFAN), Arc Kabir Ibrahim, on Sunday, raised the alarm over threatening climate change and the absence of a food governance system as the food crisis looms.

He said this while speaking on the need for government and stakeholders to sit and have a holistic view and action to tackle the challenges identified that affect farmers’ effort to feed over 200 million mouths, and also the predicted population of 400 million Nigerians by 2050.

According to Ibrahim, AFAN’s fear includes the threat of insecurity to food security, because if it is affected with the current way it is millions of Nigerians will be in danger of starvation if nothing is done urgently.

READ ALSO: How to solve maize and soya problems in Nigeria for Poultry Farmers by Otunba ADEBAYO ODUNOWO

He said: “When in 2015 the Agricultural Promotion Policy, APP, also known as Green Alternative was unveiled by the Buhari-led administration Nigerians heaved a sigh of relief hoping that the full implementation of the policy will ensure the proper diversification of the economy and therefore make Nigeria more prosperous.

“The Central Bank of Nigeria, CBN, keyed into the policy immediately by evolving the Anchor Borrower Scheme to ensure that the farmers remained in production because whatever they produced would be seamlessly off-taken and they were assured of support to optimize their production. The programme also provided for processors to be supported to optimize their processes.

“Over the last five years several other programmes, windows of opportunity and several Bills sprouted to make Agriculture the mainstay of the economy. A lot of money was also expended by the CBN and other institutions to make Agriculture work sustainably but a lot still must be done to attain food sufficiency.

“The forecasts made by Nigerian Meteorological Agency, NIMET, for the 2021 farming season are being proved germane and succinct due to the serious threat of famine in Northern Nigeria. Climate Change is real and not a fairy tale.

“In 2019 the COVID-19 pandemic posed a challenge for the whole world and Nigeria has suffered from the setback proportional to its level of preparedness.

READ ALSO: What you need to know when starting Goat Farming In Nigeria (Part 2)

“The economy went into recession a few times but miraculously came out. The current inflation especially around food is worrisome more so due to the effect of climate change and insecurity preventing the farmers to readily access their farms.

“If food becomes inaccessible to a large segment of the society some form of restiveness may likely erupt which can mar all efforts to improve the economy and living conditions of the people.

“This will have a more devastating effect on the stability of the country than the banditry, kidnapping, farmer/herder conflicts, Boko Haram, and some of the agitations for restructuring the country.

“There may not be any country to restructure if we do not tackle the crisis in the food system.

“Recently the UN has been having dialogues all over the World about how to shore up the global food system in preparation for 2050 when the global population will be almost 10 billion with Nigeria becoming the third most populous nation on earth with nearly 400 million mouths to feed.”

READ ALSO: Special interview of a farmer who turns fish into different products

However, the AFAN boss called for adequate preparation to avert imminent food crisis, which government and stakeholders need to take some painful but far reaching decisions in management of the food system.

“Probe all the investments in agriculture by the CBN and the Federal Ministry of Agriculture and Rural Development where infractions bordering on farmer data capture, unauthorized and fraudulent projects such as the purported 30million Naira Friday Mosque in an unnamed Internally Displaced Persons, IDP, camp, tarred rural feeder roads in urban areas, and others abound.

“Agricultural inputs such as both chemical and organic fertilizers, herbicides etc. must be readily affordable to farmers and also available like coca-cola; The research system must be further supported and charged with the attainment of certain milestones such as closing deficits in food crops such as Maize,Rice, Cassava, Yam, Potato etc especially now that the PVP(plant variety protection)Bill has been signed into law.

“The Nigerian Customs should be empowered to fine offenders and auction any contraband promptly without waiting until the efficacy of the product is completely lost as in the recently auctioned fertilizers; Any breach of the law around food and food production must be dispassionately made to bear without any exceptions; Nigeria must redouble its effort to dominate the food system of Africa through full participation in the African Continental Free Trade Area, AfCFTA, because invariably Nigeria is looked upon as the food basket of a sizable portion of the African continent, even if informally.”

“A population of 400,000,000 mouths to feed is a ticking bomb waiting to explode if it is not adequately catered for therefore Armageddon is almost certain if we do not, decisively, act now.” He added.