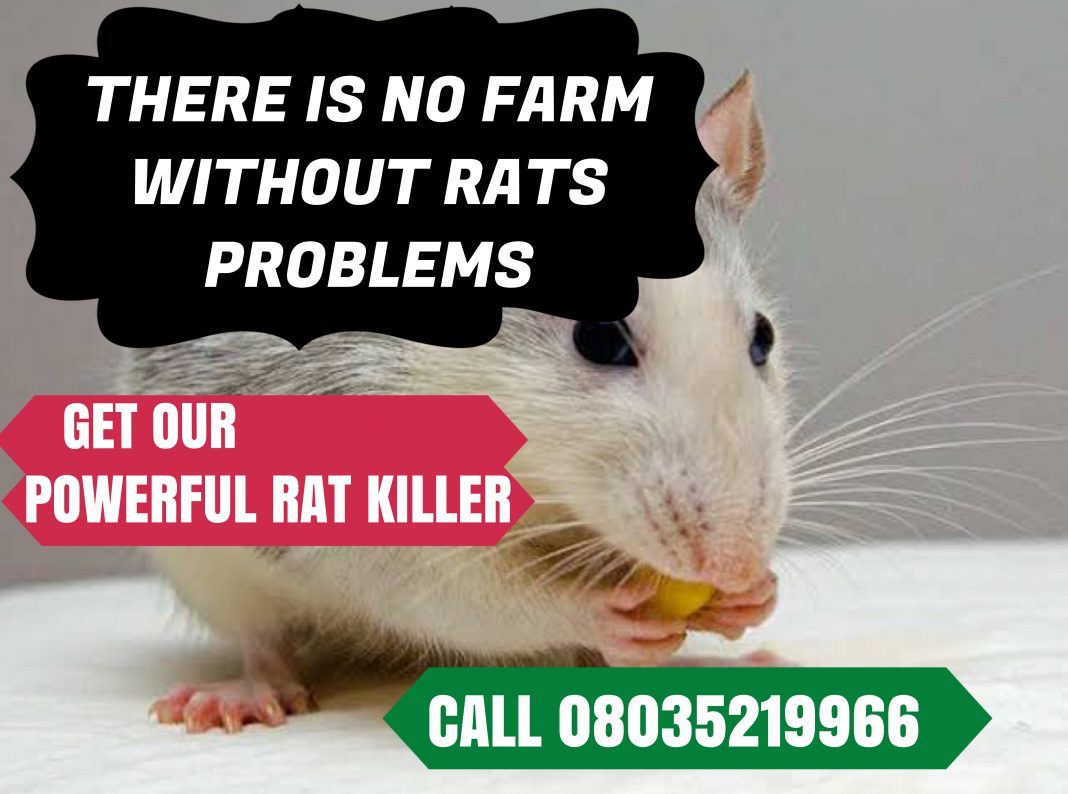 The Norway rat (Rattus norvegicus) is the most common rat around poultry houses. Rats have three basic requirements: food, water, and harborage. If one of these is missing there will not be a rat problem. Unfortunately, all of these are usually present in and around poultry production facilities. Rats eat almost any type of food, including eggs and poultry feed; however, rats prefer fresh food. When fresh food is available, rodents will totally ignore spoiled food. An adult rat will eat and drink approximately 0.5-2 oz of food and water each day, with 200 adult rats consuming 25 lbs of feed daily.

Rat harborage around a poultry house is seen in the form of burrows in the ground and under the foundation, litter under the slats, and in wood-piles, old nests, and other debris near the poultry houses. This type of harborage must be removed for any control program to be successful. Most rat activity, including feeding, occurs at night. Rats observed outside their harborage during the day indicate a large population. Rats are very territorial; when crowded they become increasingly aggressive. The stronger and more aggressive rats drive the weaker rats away from the food, forcing them to feed during the day.

READ ALSO: 22 business principles you should apply to your farming business now

Rats have high reproductive rates, which can lead to large numbers of rodents in a fairly short period of time. A single pair of rats and their offspring could produce as many as 1500 rats in 1 year if all the offspring survived. Rats will breed at 3-5 months of age and give birth approximately 3 weeks after mating. Four to seven litters are produced in 1 year with each litter having 6-12 young; the female will breed again 1-2 days after giving birth. Although breeding occurs all year, increased breeding frequently occurs during the spring and fall. Generally, rodent populations decrease during the winter: however, in a poultry house, the opposite is frequently true, because of immigration of rats into the building when the weather cools, not because of increased reproduction. The best time for search for rodents and their excrement is at night in the dark with a flash light.

1. Keep a neat farm
2. Block every area of entrance
3. Do not spill feeds anyhow
4. Do aggressive control by using our POWERFUL RAT KILLER PRODUCTS. Call 08035219966