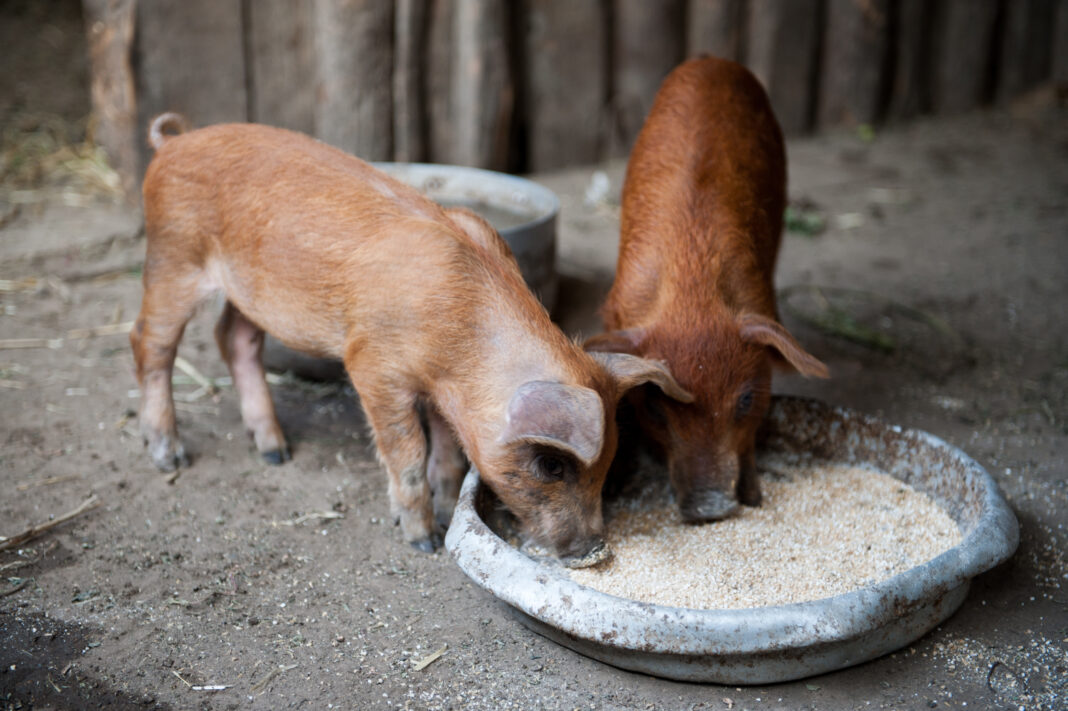 Young pig farmers are increasing in number in Nigeria but feed costs are inhibitive of their business growth. How can alternative feed ingredients help to combat the cost of pig nutrition?

Pig farming has great potential in Nigeria: thanks to urbanisation and increasing disposable income among urban workers, pork consumption habits have changed radically. Previously, regions in the South were the centres of pork consumption but recently the demand for pork has increased in most towns and cities all over Nigeria.

The prospects for pork consumption are further enhanced by the fact that the supply of beef, which accounts for over 70 percent of meat consumption, is largely unsustainable. According to Fitch, consumer demand for beef in Nigeria will exceed 450,000 tonnes in 2023, but the domestic industry will only be capable of delivering some 370,000 tonnes.

The bulk of beef in Nigeria and most of West Africa is supplied by nomadic Fulani herdsmen, who have recently been involved in violent clashes with local communities over grazing on arable farmland. This conflict has resulted in hundreds of casualties. It is most likely that supply will continue to decrease sharply rather than increase in coming years.

Chicken was expected to be the next big provider of protein for Nigerians, but even though chicken imports have been banned since 2003, local production can only meet 30 percent of demand. A substantial amount of chicken is illegally imported, mostly from the neighbouring Republic of Benin.

Quite a number of young Nigerians, most of them with tertiary qualifications, are being drawn to pig farming. With better access to skills and capital, the prospects for the industry look good. The one challenge to increased pork production is the issue of feed. Feed accounts for over 70 percent of pig, poultry and fish farmers’ operational budgets, due to the high cost and scarcity of the main ingredients, maize and soya meal. For this reason, the subject of alternative feed has gained a lot of research attention in Africa over the years. Many ingredients have been found to be viable, and although commercial production of pig feed is very limited, some pig farms are deploying these alternatives in order to bring down their feeding expenses.

Nigeria produces significant amounts of maize, registering 10.4 million tonnes in 2017. Whilst this could be stretched to cover the needs of the animal industry, a substantial amount is exported to Niger Republic and other northern neighbours, where they fetch better prices. Nigeria produces only 600,000 tonnes of soya bean out of the annual demand of 2.2 million tonnes. Imports have been the only alternative, but with Nigeria’s serious foreign exchange limitations, this translates into high prices which affect the cost of feed.

Presently, medium and large pig farmers in Nigeria have significantly reduced the maize and soya meal content of their feed. Chief among the alternatives being deployed are rice bran, cassava, palm kernel cake and water leaf. But one ingredient that is soon to become a game-changer for pig farmers in the near future is black soldier fly larvae.

Rice bran is now one of the alternatives to maize, thanks to the Government’s introduction of a 70 percent tariff for rice imports. Whilst this has not significantly curbed rice imports, it has resulted in a substantial increase in rice production, peaking at 4.5 million tonnes in 2017. Pig farmers can now buy rice bran at affordable prices. Nigeria is the world’s fourth largest producer of palm kernel meal, and with 2019 production estimated at 400,000 tonnes, pig farmers have access to reliable supply at affordable prices.

Cassava is emerging as a major feed source which will drive substantial increases in pork production. Around 57.6 tonnes of cassava was produced in 2017 and with the large-scale introduction of new varieties, the figure is expected to at least double by 2020. Until recently, it was only deployed in limited quantities in pig production due to fears about the toxic cyanogenic glucosides in its raw form. Due to the availability of several economically viable processing methods, such as enzyme and bacteria action and fermentation, the cyanogen content is reduced to safe levels, making cassava available for use both as animal feed and in human diets.

“The consumption of soaked and fermented cassava by the pigs is an incredibly healthy practice as it directly supplies the pig digestive tract with healthy living cultures essential that are needed to breakdown food and to assimilate all the important nutrients inside the pig,” Mr Adesina says.

Femi Adeyemi, a feed scientist, believes that “cassava is about to become the major driver of pig production in Africa. We produce lots of it, but until now we haven’t deployed it in pig production”.

Water leaf (talinum triangulare) is generally known as a viable protein source in human and animal diets, but currently it is only being used by a few Nigerian pig farmers as a 20 to 30 percent replacement for soya meal. With increased awareness, more farmers are expected to resort to it.

One ingredient that is gunning to make a impact is black soldier fly (BSF) larvae. Several major projects are being implemented in West and East Africa to promote BSF production in animal diets. These projects have resulted in some small-scale production.

It is expected that with the commercial production of pig, poultry and fish farming, this will become a normality in Africa very soon. Cycle Farms started the first African BSF factory for fish feed production in Accra, Ghana, in April 2019. BSF larvae has the capacity to make a major impact on the cost of feed, which will be further enhanced by the fact that production of BSF is being linked with the processing of municipal wastes.