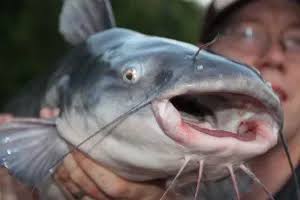 Taking the plunge into catfish farming should be done only after careful economic planning. This may not be as complicated as you think. A good way to start is to list the income and expenses you expect. First, consider the income your fish farming operation will produce.

Generally this means estimating the amount of fish you will produce and the price you will receive for them. Next, make a list of the expendable items you will need to buy each year to produce your fish. This will include feed, fingerlings, labor, fuel, electricity, equipment, repair, interest on borrowed money, etc. These are your variable costs. Finally, make a list of costs for everything associated with machin- ery. These are your fixed costs.

Examples include pond construc- tion, wells, pumps, trucks, feed bins, tractors, aerators and buildings. Do not overlook the cost of buildings, tractors or other equipment that is already purchased. They should be charged off some each year of the expected life since they will eventually need to be replaced. Equipment used for other jobs on the farm also needs to be partially charged so each enterprise can stand on its own. For example, a tractor that is used 20 percent of the time for fish farming would show up on your list as 0.20 tractors.

Do not get discouraged if the estimated return is tiny or even negative. The first budget is just a starting point. Consider ways to reduce your costs. In this example, doing your own pond con- struction work with used equipment could reduce pond construc- tion costs by half. This would raise total return by $3,825 per year.

This is often the best way to earn a profit when selling to high volume, low price buyers such as processing plants. Being established as part-owner of a processing plant can also produce income through profit sharing of the processing plant. Income can be increased by seeking out different buyers. Please see the section on small-scale catfish production earlier in this booklet. Be creative – time spent finding and developing specialty markets can yield good returns. Then the $0.74/lb income listed at the top of the sample fish farming budget may be increased to a value closer to $1.00/lb to $1.20/lb.

Before making your final decision about raising catfish, keep in mind that the break even cost of $0.66/lb listed in the sample fish farm budget should be modified to fit your exact situation – one study concluded that break even costs for small catfish farms are as high as $0.92/lb when considering total costs (Stone et al. 1997).